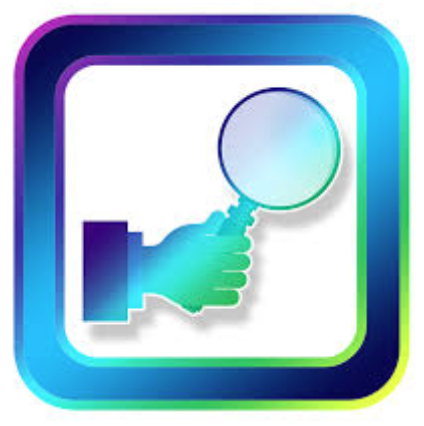 Here’s an idea.  Let’s conduct a real investigation. By real, I’m talking about an investigation that actually finds something useful. Not like all the Democrat investigations against Trump.

Despite millions spent, and years in the making, none of the 7 separate investigations by Democrats in Congress have found a thing … nothing, nada, zip, zilch. Neither has the Mueller investigation Democrats pinned all their hopes on.

The investigation I’m calling for is different. It won’t cost anything. But it will actually tell us something.

My investigation will tell us whether the Democratic candidates for President share any ties at all to the values that have made America the greatest nation in the history of the world. I’m talking about values like freedom, constitutional rights, personal responsibility, and human dignity. We were uniquely founded on the principle that government answers to the people, not the other way around.

Listening to their rhetoric, and proposed policies, I’d say any tie the Democrats for president have to traditional American values is at best coincidental.

Take Beto O’Rourke. He advocates government controlled healthcare, taxpayer funding for abortion at any point, and more gun control. O’Rourke not only opposes building a fence on our border, he wants to tear down the fences already there — letting anyone in who wants in. O’Rourke also wants a path to citizenship for illegal immigrants.

One of the top 3 candidates for the Democrat nomination, Massachusetts Senator Elizabeth Warren, takes her ideas straight from Venezuela’s Hugo Chavez. She wants to slash our military, rejoin the UN Paris Accord, tell public corporations who they must put on their Boards, return to the original NAFTA which put Mexico and Canada ahead of the U.S., confiscate hundreds of billions from wealthy Americans, impose massive new tax hikes on working people, and tell businesses how much they must pay their employees. And the socialist policies just keep on coming.  This Harvard elitist also insists she’s just one of the good ’ole boys who’s happy to share a beer with plain folks …on Face Time.

Then there is Senator Cory Booker of New Jersey. When he first ran for mayor of Newark, he ran as a semi-libertarian reformer who wanted more economic opportunity for poor people. His Democrat opponent accused Booker of being too Republican and not black enough to understand Newark. But the more he moved up in the Democrat Party, the more he moved to the far left. Now Booker calls for a guaranteed federal job for everyone, massive tax hikes, and government run health care that ends private health insurance.

Finally, the Senator from California, Kamala Harris. She’s zoomed in the polls ever since the first Democratic debate when she charged Joe Biden with racism. Her politics are far left, hypocritical, and confusing.   Harris lambasted Biden for opposing forced federal school busing 30 years ago, the same position on forced busing she claimed to hold just a few months ago.

When Harris announced her support for single payer socialist health care, she said she’d ban private health insurance. Later, she said she’d made a mistake and supported private insurance to supplement government health plans, but in the debates she switched again and claimed she opposed private health insurance. A day later, her staff claimed she’d misunderstood the question and actually supports some private insurance.

Among the things Harris doesn’t waiver on is support for taxpayer funded health care for illegal immigrants. Senator Harris also seems firm in her insistence we get rid of the electoral college so the most populous states of California, New York, New Jersey and Illinois can decide forever who becomes president — so much for the rest of the country.

Poor Joe Biden, whatever concern for American values he once held was pretty much crushed during his 50 years in Washington DC and 8 years as Barack Obama’s Vice President. Now, he’s moving left faster than a bullet train. What’s more, he actually believed the press releases from the Obama-Biden Administration. Biden continues to insist that with Obamacare, “if you like your healthcare plan, you can keep your plan.” Biden just can’t break free from Obama’s deceit.

It’s really sad that literally none of the Democrats running for president seem to like the American people or the values that made this country great. They all believe they have a greater right to our money than we do – without exception they want higher taxes on working Americans. They all reject Trump’s idea that the American government should work first for the American people. Instead, they advocate for greater internationalism and more control by groups like the U.N. over our policy making.

It’s astonishing, but they seem to have picked up their policy proposals direct from the failed socialist regimes of Cuba and Venezuela. They turn American values on their head. No longer is government by, of, and for the people; rather they believe people exist to work for the government. It’s regulation over freedom. Permission over rights.  Submission over dignity. They decide who gets health care, how much we make, where we work, who we can hire, what we drive, how much money we keep, and what we can spend it on.

My question is this: if they don’t care for our values, why do they want to be our president? To my way of thinking, that’s the investigation we really need.