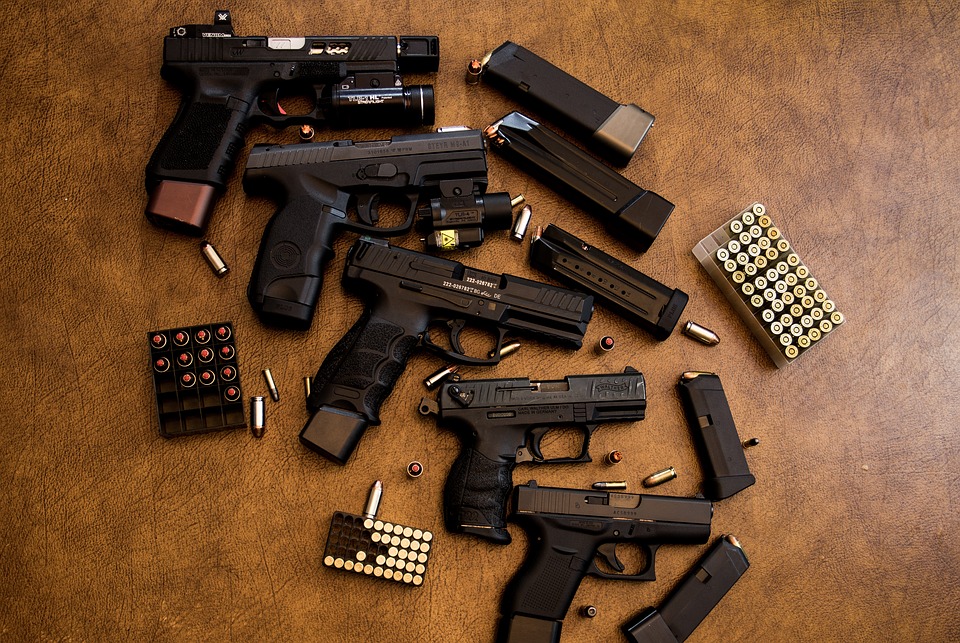 In the current cycle of news and sensationalism surrounding the recent mass shootings, we are hearing a continual litany of calls for the passage of federal “Extreme Risk Protective Order” statutes, aka ‘Red Flag’ statutes, (aka Gun Control) in regards to our 2nd Amendment rights.

These proposed laws would allow untrained law enforcement officers, judges, or other citizens to make accusations and determinations when a report is made against a citizen who owns firearms.

In a nutshell (so to speak), based on someone’s allegations–that perhaps you are unbalanced and/or prone to violence–you will be given what amounts to a death sentence on your constitutional rights.

Recently I read two articles about Red Flag laws.They helped paint a picture of what is going to be a serious malfunction of our system of justice if this is any indication of what is in store under a federal Red Flag statute.

The first article (here) discusses a study done back in 1973 demonstrating that medical professionals are not capable of distinguishing between someone who is legitimately insane from someone who is faking it.

The extensive study brings into question whether the psychiatric profession isn’t simply making subjective judgments about people. Or he is merely able to pigeon-hole them into diagnoses that seem to fit a pre-conceived notion of what a particular mental illness is supposed to look like.

A recent statement from a noted psychiatrist seems to affirm the findings of the old study when he said that psychiatrists are actually making nothing more than a subjective decision about someone’s behavior  because there is no way to know what is in the mind of a person with existing science.

The second article discusses the new DSM5 that is being published soon, and it is predicted to make matters worse as it attempts to medicalize even more normal human behavior is various circumstances.

The question that needs to be asked is this:

We have known for nearly 45 years that mental health “professionals” are unable to objectively establish criteria that allows someone’s mental health status to be evaluated. They are also unable to identify any violent tendencies in that person. So how can we even consider putting those responsibilities in the hands of untrained people that can deprive a citizen of their constitutional rights?

Put the above facts on top of these two very important items that separate America from every other country in the world:

On the surface, Red Flag measures might sound necessary and appropriate. But let’s take Maryland, for example, because they enacted such a law.

Within a short time of Maryland’s Red Flag, one citizen was shot and killed while two police officers were injured. They were attempting an early morning court order to seize a citizen’s firearms based solely on a claim by a third party that the citizen had presented a risk of violence. That citizen had every right to believe he was innocent until proven guilty. He even had the right to believe he hadn’t committed any crimes before anyone entered his home to take his property without first having a hearing in which he could confront his accusers and present his defense against such action. That citizen died.

It is almost guaranteed that others will also die or face injury. Not to mention exceedingly high legal expenses to defend themselves against actions by those who decide to use these laws to exact vengeance or harass someone they don’t like or have a disagreement with.

Think ex-spouses, jealous co-workers, random people who may not like you for whatever reason from your past. ANYONE CAN REPORT YOU AS BEING UNFIT TO HANDLE A FIREARM.

It is simply not worth the risk to either the citizens targeted by such laws or our entire system of justice that hangs in the balance.

If the government can show up at your door in the wee hours of the morning to take your firearms without due process, what is to stop them from enacting laws that say that they can come and take your children, your money, your belongings, or your life?

The answer is: absolutely nothing!

Think about it…then call the White House and tell President Trump that you do not want him to sign any “Red Flag” legislation that makes it to his desk.  Then pray he listens. If he doesn’t, then our only hope for the American Constitution is five members of the Supreme Court that see the danger and the clear violation of at least five Amendments in the Bill of Rights. Hope springs eternal.

While these proposed Red Flag measures ostensibly intend to prevent mass shootings, they have no more prospect of stopping such irrational behavior than spitting in the wind…