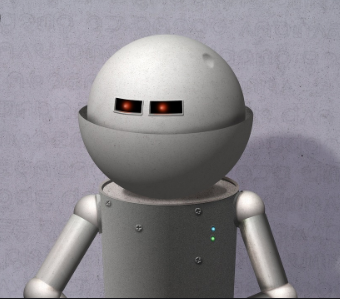 A recent article reports on a “study” that claims to show that there is inherent bias or racist in the fact that a large majority of the robots produced that appear human-like in appearance are white rather than some other color that might depict under-represented minority groups.

Have we really fallen that far into the dark pit of cynicism?  Apparently, some have.  The organization conducting this research is Human Interface Technology Laboratory in New Zealand.  A read through their “About” and “Partners” page makes it apparent that it’s heavily backed by European and American academia as well as commercial interests.

As most of America should know and understand, academia – especially in this country – has been nearly completely taken over by the left.  That should be obvious from the title of the article.  Who else would be so insanely fixated on the issue of race that they would attribute the finish on a robot being influenced by racial bias?  The very idea is ridiculous.  White is a neutral color that does not represent anything other than a choice that will bother the fewest potential customers because of its neutrality.  Most people have a favorite color.  If a company happens to choose a less popular color for its robots, they risk losing that first impression that can make or break a customer from choosing their product over another than is better suited to their tastes.

Now that proposition may seem a little thin on scientific evidence, but no more so that to suggest that the producers of robots that appear humanoid in appearance choose the color white for their robots from some sort of subliminal message that a white robot is “better” than a “robot of color.”

This same sort of logic seems to be in play with virtually every aspect of the leftists’ agenda these days.  Set aside the robots for a moment.  They, at least, can be turned off.  Just look at the many issues that make the headlines these days.  There are far too many occurrences that have been automatically labeled as racially tainted or biased simply because that is the “issue de jour” that seems to be the go-to for the left when attempting to undermine anything that even remotely resembles support for a conservative view of the issue in question.

Are we seeing a pattern here?  When was the last time, if ever, you can honestly state that a conservative individual accused someone of racism just because they didn’t agree with a position on a given issue?  Likely seldom to never.

Perhaps the left just needs to start doing some research and coming up with some facts that support their positions instead of resorting to false flag issues and accusing their opposition of being racist, sexist, misogynistic, homophobic, or any other derogatory label they happen to spew from their mouths constantly.

A solution to the problem of robots being too white?  Why bother, 98% of the world cannot afford to have one anyway, so who really cares?  Apparently, CNN Business.  They’re the ones that came up with the headline that reads, “Robot racism? Yes, says a study showing humans’ biases extend to robots.” Is anyone surprised?