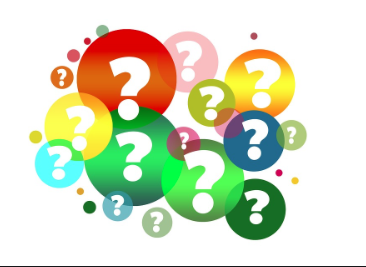 Why doesn’t anyone insist the Democrats for president put an accurate number on what their healthcare plans will cost?  And how they intend to pay for it?

Why don’t the pundits require the candidates tell us specifically what will and what will not be covered by their healthcare plan?  And why don’t they tell us how

Why doesn’t anyone ask the Democrat candidates for president what will and what will not be covered in the new Medicare for all program? And when will find out who will decide which Americans (or others) get treatment and who does not?

Why hasn’t anyone ask AOC why the Congresswoman from the Bronx who was elected with 17,000 votes get to decide for the rest of America we will throw open the borders, force vets to settle for substandard healthcare, scrap our military, close thousands of businesses and end millions of jobs in the name of the environment, and replace economic freedom and private property with socialist control and government ownership.

How can Nancy Pelosi criticize Israel, our best ally, for refusing to allow two anti-semitic members of Congress into their country who want to destroy their country?

And as long as we’re on Nancy Pelosi, my question is why does she claim she’s a great Catholic when she’s such a strong supporter of abortion for any reason at any time?

Oh, and by the way, Speaker Pelosi, when can we expect to see that list of members of Congress who sexually harassed their staff and how much we taxpayers paid in “hush” money?

I know how Democrats justify taking our guns, what I’d like to hear is how we’ll be made safer when only criminals are left with guns. Why doesn’t someone ask them that? And how can they take our guns without first repealing the 2nd Amendment?

Why isn’t anyone asking Texas Congresswoman Veronica Escobar why she thought it appropriate to send her taxpayer funded staff south of the border to advise illegal immigrants on how to violate U.S. law? I’m sending this column to the House Ethics Committee, please consider it a formal complaint to find out how she justifies using her tax funded staff to commit fraud.

Why isn’t anyone demanding to know why we give illegal immigrant tax refunds when they haven’t paid a dime in taxes?

Since Congress has been methodically stealing money from the Social Security Trust fund for more than 40 years, why isn’t anyone demanding reparations for seniors?

Sure, in the hyper-racialized environment Democrats have created, AOC implies Nancy Pelosi is a racist, and Kamala Harris does the same to Biden, but how can Democrats get away with calling all Republicans racists without question.   Strange since it was Republicans who ended slavery and gave more than 600,000 souls to make it stick.

With all the huge tax increases Democrats are promising, why haven’t we heard even one of them talk about reducing the deficit, much less balancing the budget?

And here’s something I’d like to ask the Democrat leadership: You’re entirely consumed by the impact on children when their parents break the law crossing our border illegally, but why don’t you give a hoot about American children?

Our childrens’ public schools are failing, but you oppose the charter schools that are working. Our cities are riddled with violent drug traffickers, but you want to throw our borders open to cartel members.  Instead of making political points over the kids of illegal immigrants, maybe try solving the problems our own kids face rather than selling them out to your teacher union allies.

Here’s another question for all those “Open-Border-Democrats,” how do you justify raising taxes on Americans to pay the expenses for all benefits you’ve promised those immigrants you’re welcoming: their food stamps, healthcare, education, and everything else?

I think it’s also a valid question to ask all those liberal legislators who have turned their cities and states into sanctuary jurisdictions, why are you opposed to taking in the illegal immigrants you keep saying we should open our borders for?

And as long as we’re on the subject of cities, why hasn’t anyone had a serious conversation with the Democrats who run them about why do innocent families live in constant fear?  Why are their taxes so high?  Why are their schools failing their children?  Why do you protect illegal immigrants who commit violent crime from being arrested or prosecuted by border authorities?  Why are your politicians constantly embroiled in scandal? Why do you allow trash to pile up on the streets?  Why does brown sludge come out of your water pipes?  Why aren’t you doing your job?

Here’s my last question. Why do Rachel Maddow, Don Lemon, Joe Scarborough, the New York Times, and every other “mainstream” journalist in America make unfounded allegations against Donald Trump on every page and every broadcast, but refuse to ask Democrats even these simple questions?

Americans deserve answers. But self-proclaimed mainstream journalists don’t even know the questions.  Instead, they fein outrage over Trump’s calling them out for “fake news,” while waiting for the daily round of Democratic talking points.

Can The Past Help Write The Future?

Barry Shaw: There are none so blind as those who will not see. The Democrats.