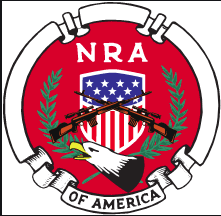 Back in July PolitiChicks published a letter I wrote as a Benefactor Life Member of the NRA  which was addressed to the NRA and its members. In that letter I called for Wayne LaPierre to step down along with the cabal that supports him. Oliver North and Chris Cox had been removed by those in power amid allegations accusing Wayne LaPierre and others in leadership roles of malfeasance.

I am writing again because I believe that the NRA is in serious trouble and most of its membership seems to be either in denial or has been lulled into a false sense of security by NRA leadership.

Oliver North has been subpoenaed by the Attorney General of New York and documents that shed light on the possible nefarious dealings of Wayne LaPierre and others are under scrutiny.  The NRA leadership has failed in two attempts to redact information in those documents provided to the Attorney General.

Why does this matter?  The NRA is chartered in New York. If illegalities are discovered it can have severe consequences for the NRA. It could even mean the end of the NRA as we know it.

With great interest I read NRA President Carolyn Meadows’ most recent column in “The American Rifleman” where she decried the actions of people such as myself and extolled the virtues of LaPierre. She wrote,

“And yet, despite all Wayne has done to preserve American values, an unthinkable time has come when individuals who portray themselves as champions of the NRA and the Second Amendment are abetting the progressive-socialist campaign to destroy the NRA and strip away those freedoms we hold so dear. Spurred on by the anti-gun media, these destructive forces accuse Wayne of an ever-changing litany of baseless offenses and claim he is mismanaging the Association.”

How are we abetting the left by demanding accountability and honesty in our organization? It seems to me that the litany of “baseless” offenses might be “ever-changing” because they appear to be ever-growing. Her efforts to whitewash the leadership and LaPierre would lead us to believe that good ole Wayne has been slaving away and pulling at the traces all by himself. Why, according to her, he has single handedly doubled membership and “no one has worked as hard or made all the personal sacrifices he has”.

Somewhere I may have missed the accolades of shoeing horses, general handyman, widow and orphan helper, and almost a Saint in her effort to present Wayne LaPierre as the heart of the NRA and as a most necessary and irreplaceable asset.

Meadows mentions “all the personal sacrifices this “poor man has made” but she doesn’t list them.  Perhaps one of those “sacrifices” was limiting himself to only $39,000 during a shopping spree at a Hollywood boutique? Maybe it was his exorbitant salary of around $1.4 million? Or could it be his contract giving him a position as speaker and consultant after he retires at the same wages he is making as Executive Vice President?

She goes on to say, “There’s not a shred of evidence to support those reckless and false rumors.” I would then ask if information provided in the Wall Street Journal was false? Was information regarding receipts that have been made public forged? Could it be that the information presented to New York’s Attorney General, information that “leadership has tried unsuccessfully to redact”, doesn’t actually exist?

Because of its membership, the NRA has played a vital role in sustaining our 2nd Amendment rights. But we can make the case that we might be better positioned at this critical time if our leadership had been less self-serving and more forthright.  Like many other conservatives who are members I don’t often read The New Yorker so I was blissfully unaware of documents and information that had been leaked by someone in the NRA which were being used by that publication to vilify the NRA.  While we may not agree with the intent, we need to recognize that a lot of the information appears to be accurate.

If you are a NRA member I urge you to read the information provided in the links HERE (regarding LaPierre’s alleged financial misconduct) and HERE (regarding some of the NRA leadership’s recent ‘dirty laundry’). It will shed more light on what has transpired and what has led up to this critical juncture.  You don’t have to agree with them but I hope you will take the time to read them.

It is time for the real NRA, the everyday working class membership that is the heart of the NRA, to institute some changes.

You can read my outlined proposal to accomplish this in my July letter.  The real NRA needs to demand transparency and good stewardship in our leadership. Once these goals are accomplished the real NRA needs to put these people and this time behind them in order to focus once again on our future, our heritage, and the fight for a free America.