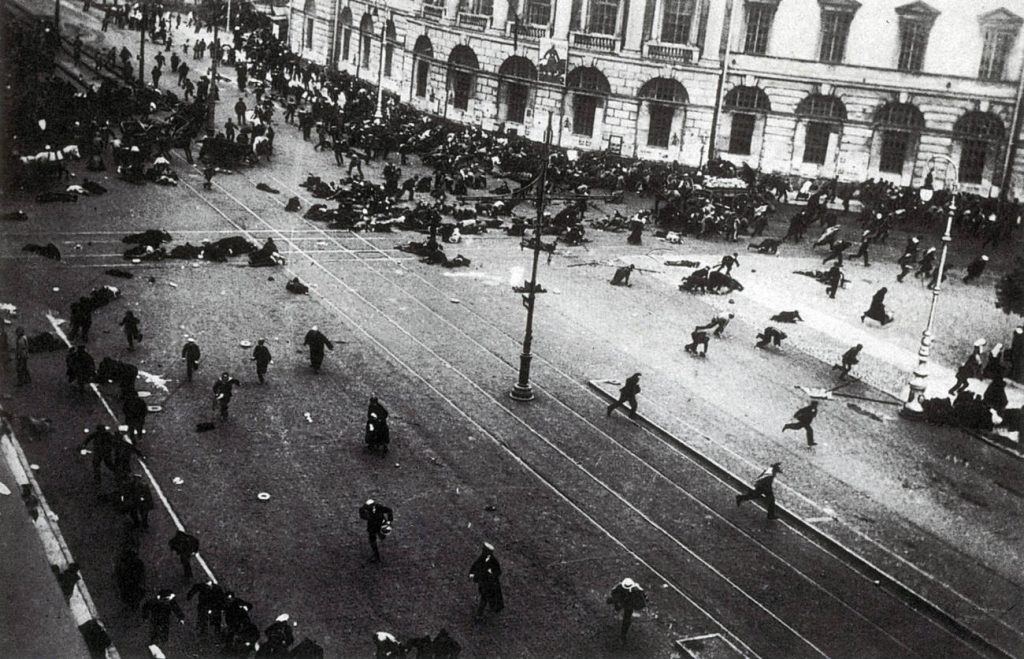 Politics is full of hysteria these days.  Especially on the political left.

The concept of “Rule-Of-Law” means that everyone is supposed to be subject to the same laws — both the governed and the governors.

The left talks about it a lot when they point to Donald Trump. But they haven’t found a single crime with which to charge him so they just rant and rave about his not being above the law.

It’s funny though they never say a word about the governors, mayors, and local legislatures who pass rules, ordinances, regulations and laws that shield illegal immigrants who commit crimes from immigration authorities.  These governors, mayor, and legislators forbid police from working with federal authorities to investigate, arrest, and prosecute anyone here illegally. Apparently, so long as you’re protecting people who have broken the law who aren’t here legally anyway, then it’s OK to be above the law.

How about this one?

Following every mass shooting by some maniac the left demands we force Americans to surrender their gun rights. But when an illegal immigrant kills or rapes an innocent American, the left NEVER demands a wall, or more border security, or more troops, or better background checks, or anything else that might help stop the flow of illegal immigrants into the country who are criminals.  And deportations?  Forget about it.

The left says it is our responsibility to clean up the planet. Stop using straws, stop using plastic bags, heap up more compost.  And on it goes. But have you been to Los Angeles, San Francisco, Detroit, Baltimore, or New York and seen all the trash piled along the streets and freeways? The filth?  The homeless?  The rats?

Typhoid, a disease all but stamped out in the U.S. nearly a century ago, has reached epidemic proportions in Los Angeles thanks to a soaring population of rats around homeless camps.  And it’s not just the homeless who getting it.  Police officers, social workers, and legal aid workers are all getting it.  Rats are literally falling from restaurant ceilings onto the tables of patrons.  And it’s all because the homeless population has ballooned. What’s the state and city’s answer – ban rat poison that might impact predators that eat them.

For residents of these cities, they don’t have to wait for climate change. They’re in danger now. Thanks to the insane leadership of our cities and states.

The left has thoroughly politicized the mass shooting in El Paso because it was done by a nut job who spouted off about white supremacy. Strangely, however, they have very little to say about the wacko who killed 9 people in Dayton, Ohio.  In that instance, the shooter was a fan of Elizabeth Warren and Bernie Sanders.  He was an Antifa activist who ranted about the beauty of socialism.  Is it Warren and Sanders’ fault?  I think not.  So why are they and everyone else on the left so intent on blaming President Trump for El Paso?  Why? Because they are disingenuous poseurs only interested in demagoguing for votes.

Jeffrey Epstein died in prison last week, an apparent “suicide”.  Because Epstein was close to many Democrats, they’ve been mum. But when Trump suggested there might be more to Epstein’s death than simple suicide, the left went crazy. They ridiculed and mocked Trump for trafficking in conspiracy theories. And yet, conspiracy theories are exactly what they’ve been trying to tie Trump to since the night he was elected. First, it was that he colluded with Russia. Second, he colluded with the Attorney General to cover up his Russian collusion. They claimed he was responsible for massacring illegal immigrants on the border. And so many others.

Now, they claim Trump is responsible for the El Paso shooting – and for every other mass shooting in America for that matter.

Why all the hysteria?  Because frankly, the left has nothing else to give the great middle of the American electorate.  To those who actually care about real and meaningful solutions, Democrats offer only vitriol and hate for the president, and a blanket refusal to work with him to achieve even the simplest solutions.  The only thing left for them is to scare American moderates with outlandish claims that Trump is a racist, or a climate denier, or the leader of wicked out maniacs intent on hurting regular Americans.  The reason is simple; they’re prohibited from appealing to America’s moderates on policy.  To do so would be to alienate their leftwing base and forfeit the primary.

So they attack Trump’s character and promise their own insane base vote a long list of bribes, giveaways, and entitlements payable when they’re elected.  One candidate has even proposed giving EVERYONE in American $1000 each month whether you’re working or not; or whether you’re legal or not.

Others propose providing reparations to black Americans. Their argument is that even though slavery ended over 150 years ago, all the country’s institutions are racist and therefore every American who is black has suffered.

Frankly, I’m sympathetic to the suffering many Americans of color have experienced. But the solution isn’t another government entitlement program. Tearing down one group of Americans won’t lift another group up. It won’t work. What will work is more economic opportunity. More education choice and better school options. And more freedom.

In a blatant appeal to Hispanics, the Democrats also support free Medicare care for illegal immigrants.  Some have even advanced the notion that illegals be given the right to vote in American elections.

Most have also endorsed the Green New Deal, which upends our economy, and replace our free enterprise system with a central command socialist system.

None of them can tell you how they’ll pay for it. Who cares along as they win the nomination.

Call it what you like–mass hysteria or total hypocrisy. Two faced, double standard, or just corrupt politics intended to fool the uninformed.

It’s politics at its worst. Deceitful, hypocritical, and deeply cynical. And it shouldn’t be rewarded.

Barry Shaw: Take Israel Out of the Equation and Listen to a Palestinian Leader

Daniel Greenfield: Nationalism and Idealism at the Border