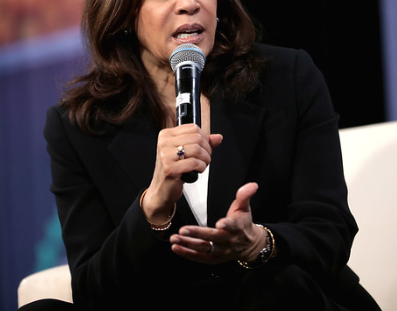 You know the old joke that goes, “How do you tell when lawyers and politicians are lying? When their lips are moving.”  I think it’s only half right.  At least some lawyers seem to me capable of telling the truth. Not the Democrats running for president though.

I heard recently, Elizabeth Warren say “she was 100% capitalist.” WOW!

As a Harvard professor you’d think she’d know what capitalism is.  And what it is not.

Elizabeth Warren though doesn’t have a clue.  She wants to confiscate a percentage of the assets of those she considers overly well off, she advocates raising everyone else’s taxes as well, some as high as 80% of their income.  She’s proposed forgiving all student loans, presumably at a high cost to both taxpayers and lending institutions.  She wants government bureaucrats to decide who sits on the boards of American corporations.  That’s to say nothing of her plans for government taking over every American’s health care.

And there’s more, a lot more, but these proposals alone make it clear she’s hardly 100% capitalist.  Sounds more like a communist in China – capitalist when it suits, but authoritarian when it comes to ultimate government control.

Capitalist, communist; sure, I can see how she could be confused. After all she thought she was a native American — at least when it came to qualifying for minority benefits at Harvard.

But the thing that should have made it a lot easier for her to understand – and for us –  is that she agrees with just about everything self-avowed socialist Bernie says.   In fact, since the 2nd Democrat debate, they’ve become closer than Dr. Seuss’s Thing 1 and Thing 2.

Unlike Elizabeth though, I don’t think Bernie is lying — he honestly believes all those crazy socialist proposals.  He’s even admitted that his Medicare-for-All plan requires everyone’s taxes be raised.  What he hasn’t admitted though is that for the large majority of people, what we pay in higher taxes will be far more than the combined total of the taxes we pay today plus what we already pay for health care.

Or does he really think the government can provide health care more efficiently and less costly than private companies?  If so, he’s fighting hundreds of years of evidence to the contrary.

Bernie also won’t tell us who will receive care and who won’t, and make no mistake, every socialist health care system in the world only works because it rations health care — government decides who will get what treatments, and who won’t.  Do you really want Bernie’s bureaucrats making those decisions for you?

Then there’s Kamala. Her lips move a lot. In Iowa last week she was confronted by an 80 year old woman who pleaded, “don’t touch my medical plan.”  Kamala, of course, promised this elderly’s health plan wouldn’t change.  Sure, and Stalin promised eastern Europe free elections too.

Kamala’s mistruths are obvious.  First, her position on eliminating private health insurance changes almost daily, in some cases hourly, so she can’t know how her plan will impact this woman or anyone else.  Second, she didn’t bother to ask what plan the woman had.  And finally, even under Kamala’s latest attempt to articulate a plan, the government is put in charge of the lion’s share of everyone’s health care and looks very different than any existing plan including Medicare.  Beware of moving lips!

Hey, and good ole Joe.  In his case, moving lips don’t necessarily indicate deceit as much as dumb stuff.  He clearly has the gaffe machine running at full tilt.  Even his staff have now said they’ll cut back on his public commitments in order to limit his exposure.  Get it. They panic every time he opens his mouth.

Last week, after the shootings in El Paso and Dayton, Joe said they were in Houston and Michigan.  He says he puts “truth over facts,” maybe his way of reminding us of the Obama-Biden tendency to treat truth as malleable. He is going to make the LGBT community his “number one priority” as president, forget the economy, border security, or those pesky foreign tyrants who want to destroy the U.S.  And he still remembers so clearly the kids from the Parkland shooting visiting while he was vice-president – except the shooting happened a year after he’d left office.  Nevertheless, he “can still see their faces.” WOW!

No one is accusing Joe of lying, it’s just a lack of mental acuity.

Meanwhile, Corey Booker can’t get off the “Trump as racist” mantra.  No facts.  No evidence. Just bold assertions.  Corey seems to know he needs to make up for lack of intellect with aggressive name calling.

Then former HUD Secretary, Julian Castro, defended his corrupt Congressman brother, Joaquin, for releasing the names and workplaces of Trump donors in his Congressional District.  While Joaguin was publicly  shaming Trump supporters, Julian implied it was all a perfectly legitimate campaign tactic.

It failed, most of the donors doubled down with Trump and gave him even more.

I suppose it’s natural in politics to distinguish yourself with speech and behavior that seeks attention.  Still, it all seems to me the Democrats have gone too far.

If any of the current Democrat front-runners win the nomination, they will start in a very deep credibility hole.   Most voters realize their radical promises can never happen.  There just isn’t enough money in the entire economy to pay for Medicare for all, free education, the forgiveness of student debt, the Green New Deal, a guaranteed monthly income for everyone, and on and on. Should any actually win the White House, we’ll hear excuse after excuse why they can’t keep their promises.

Daniel Greenfield: The Hijabs of Our Banana Republic