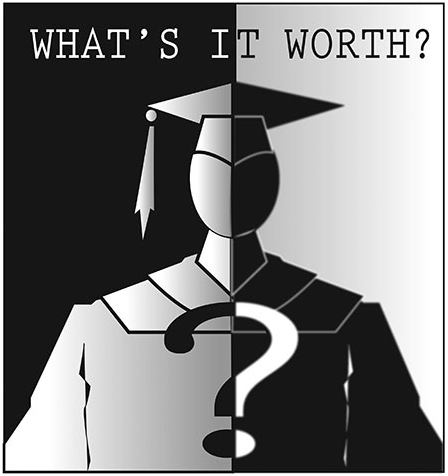 There is a story I have always enjoyed and there have been variations of it. It is one that comes to mind whenever I hear pundits from various fields share their wisdom with us.

There was a very wealthy Texan afflicted with what seemed like a terrible disease. His neck was stiff, his face was flushed, his eyes bulged, he had headaches and heart burn. He went to his family doctor who referred him to a specialist in a big hospital. The specialist barely had to look at the patient to inform him, you have only six months to live. So not taking the word of that doctor he went to other specialists and they told him the same thing.

Now being a wealthy man he realized that having all the wealth in the world did not mean he could save his life or his soul. So he decided to make the best use of the time left. He sold his palatial mansion, his cars and oil wells. Having worked all his life he decided he would travel and to be generous. The Texan bought a most expensive around the world travel package that would permit him to stay days in the world’s most famous cities and enjoy the sights.

Finally with just a small amount of money left he realized “Hey, if I am to make the most of things I need to dress the part.” So the Texan went to the most exclusive clothing store he could find and bought suits, cowboy hats and boots. Then he realized he needed some beautiful white shirts with fringes. In the shirt section the sales clerk asked “What size collar do you wear sir?” The Texan replied “Fourteen and a half. “ The clerk measured and said “Oh no sir. You wear a size sixteen. Fourteen and a half will cause you to have a stiff neck, a flushed face, bulging eyes, headaches and heartburn.”

Sometimes we look too much to the wisdom of so called experts, especially when it comes to the news media and education. There is a world of difference between the mainstream media which tries to give us a biased liberal slant on all stories and the few outlets willing to just report the facts and let you decide. Too often we have so called commentators on the big networks and cable outlets who go with the solemn promise Walter Cronkite used to make at the end of a broadcasts, “That’s the way it is.” Today those who bother to examine carefully MSNBC, CNN and others realize that is the way it isn’t.

We are hearing much the same about too many big colleges where so called learned professors are pushing socialism and the idea that capitalism and love of country is bad. Capitalism is evil students are told. Obviously the teachers of Democratic candidates for president. There are too many stories about discrimination against students as well as teachers who are conservatives or worse yet to progressive liberals, Christians.

Two of the smartest people I have known did not go beyond seventh grade in formal education. One was a carpenter who could walk in any room, look around for a couple minutes and tell you how much material would be needed to exactly replicate the room. The other was a lady who could out spell children and grandchildren who had college educations. She could take any word and mentally picture, spell and even diagram.

That gets us to the matter of how vital is a college education. We have Democrat candidates advocating a free college education for all. We assume that could even apply to seniors who would like to pick up a doctors degree just for the title as they are retired. It may sound noble at first until you realize that we would all be paying for this in exorbitant taxes. Even if it would work class wise, not everyone needs a college education to get a good paying job.

We need plumbers, electricians, carpenters, mechanics more than we need so many professions offered by colleges. When was the last time you felt you needed a PH.D holder to fix a car air conditioner gone bad, paint your house, or clean leaves out of a gutter? When I got my doctors I remembered what my dad once said a PH. D. stood for. “Piled higher and deeper.” Humbling I admit.

We have so many courses being dropped from public high schools today. Shop is one example. Our son was set for a career in AI and to be a missionary, but in shop learned how to change the oil in a car and to do many things often needed around the house. Home Economics can be more valuable than many courses we take in school. I have not used algebra since high school though I do not doubt its value in teaching logic.

Speaking of math logic. It is interesting that there are college graduates who do not know how to write a check, balance a check book, make a budget to live by and to do their own taxes. Those are skills that would benefit us all and save a great deal of money. Of course when it comes to writing we hear of schools no longer teaching cursive. There are college graduates today who cannot read cursive writing.

To go back to that story about the rich Texan, too often we think the amount education makes a person superior to all other people. As one who taught for forty years I wanted my students to think for themselves, to know how to research and to evaluate what they hear and not become rote followers ofwhat they have been told are facts to live by. This is why even the most outstanding pastors and priest will insist that church members read and study the Bible and notjust take their word alone. The apostle Paul wrote to the evangelist Timothy, Study to show thyself approved unto God, a workman that needeth not to be ashamed, rightly dividing the word of truth (2 Timothy 2:15)

Has Ilhan Omar Imported the Ideology of a Somali Dictator Into America?