Four of the 2020 Democrats fighting to claim the White House have endorsed banning private health insurance and forcing everyone into a national socialist medical system overseen by the government. 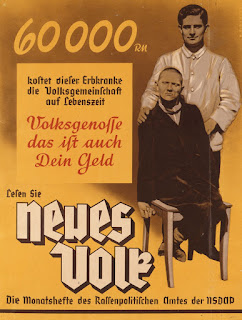 “Health care for all is a right, not a privilege,” Senator Bernie Sanders said. His call to abolish private health insurance was endorsed by Senator Kamala Harris, Senator Elizabeth Warren, and Senator Cory Booker.

Sanders promises that government health care will cover everyone, provide everything, at no charge, and will be open to everyone. His models are the national socialist medical systems of European nations.

Prime Minister Boris Johnson, in his first speech, argued that it shouldn’t take three weeks to see a GP under the NHS. Despite the well-known failings of Britain’s National Health Service, financial, medical, and ethical, it continues to be touted by, among others, MSNBC, as a model for the United States.

And yet the NHS also shows how a national socialist medical system is able to deny care and even kill.

Americans were riveted by the forced euthanasia of Baby Charlie last year, but the pressure to cut costs is manifested in ways that are less devastating, but more comprehensive. Despite Senator Sanders’ false statements, no system can or will provide care for everyone. Just like private health insurance, it will seek ways to cut costs by denying care. But a national socialist system will deny care on a larger scale by evaluating the value of people’s lives while penalizing their behaviors in almost eugenic ways.

That’s the case with the NHS obsession with obesity.

Michael Buerk, the host of the BBC’s Moral Maze, recently argued that the NHS should let obese people die. “The obese will die a decade earlier than the rest of us. See it as a selfless sacrifice in the fight against demographic imbalance, overpopulation and climate change.”

Buerk pointed to NHS estimates that obesity costs the NHS £6.1 billion a year. “Who can calculate how much an obese person would have cost if they were slim?”

As a BBC host, Buerk is part of a different arm of the socialist octopus than the NHS. But his mindset comes out of the same political culture in which some must die so that others may get health care.

Last year, Steven Simons, the NHS boss, warned, “Obesity is the new smoking and the scale of our response needs to match the scale of the crisis.”

But the NHS has taken measures that go far beyond encouraging a healthy lifestyle.

Responding to budgetary problems, some NHS hospitals began denying routine and non-urgent operations to obese patients. That includes knee and hip operations without which patients, especially elderly patients, can be effectively disabled and on a track to a rapid decline and death.

The wait for hip and knee procedures can already take as long as a year. That meant that patients could be trapped in pain and partially disabled for even longer than a year. The elderly might lose their lives.

The new approach, Brits were told, “saves the NHS and taxpayers millions of pounds.”

“It’s the only way providers are going to be able to balance their books,” Chris Hopson, the head of NHS providers, said.

But overweight people had become political targets. And denying them care was seen as politically safe, at least somewhat safer than euthanizing sick babies, because they could be blamed for the situation.

The truth though was that was just a reason to rationalize resource shortages and denial of care.

That was 2016. This year, the NHS has been accused of denying fertility treatments to overweight women and even to ordinary women whose husbands happen to be overweight. The obesity might be unrelated to the treatment, but it provided a moral pretext for denying care to ‘bad people’.

BMI, rather than financial resources, had become the new barrier to obtaining medical care.

And the NHS leadership tended to conflate the two. The heavier you were, the more money you were costing the NHS, and the more likely you were to bankrupt the national socialist health care system.

Simons and the NHS openly intertwined the “sustainability” of the NHS and public eating habits.

The eugenic qualities of the NHS were undeniable and inevitable. And they reveal the lie behind the promises of endless care touted by Sanders, Warren and Harris in their proposal for a national socialist health care system, that eliminates Medicare, but that they falsely describe as, ‘Medicare-for-All”.

Under a national socialist system of medicine, your health is no longer your personal business, or that of your doctor, or your insurance company. Your physical condition is political and everyone’s business.

Socialist medicine claims to be based not on vulgar profits, but on morals. Even though it denies health care for financial reasons, it must wrap those fiscal arguments in a moral crusade. It can’t deny health care to deserving people, only to the undeserving or those who would be better off dead.

Private insurance companies can make fiscal arguments without dehumanizing their victims. National socialist medicine however must first demonstrate why its victims truly don’t deserve to live.

If the targets are to be blamed for their own fate, they must first be dehumanized. And if they are to be mercy killed, as the disabled often are, then the campaign dismisses them as hopeless cases.

“This man suffering from a hereditary defect will cost the German people 60,000 Reichsmark during his lifetime,” a popular Nazi eugenics poster read. “Fellow citizen, that is your money too.”

The Nazis consolidated control over the health care system. Like modern socialists, they built up an extensive system of benefits, freebies and entitlements for Germans. The National Socialist People’s Welfare organization was the envy of progressives worldwide. And by centralizing control over the medical system, the Nazis claimed to be able to offer better and more efficient care for everyone.

But, like all socialist medicine, the Nazi health care system was based around a collective need, not the needs of individual patients. That was how the Nazi medical system could rationalize the Aktion T4 mass murder of hundreds of thousands of disabled patients for the collective benefit of society.

The integration of the medical system allowed for the swift identification, seizure and killing of the elderly and disabled. By tying together a vast network of medical practitioners and facilities, the Nazis were able to carry out a program of eugenic mass murder on a previously impossible scale.

Family members were told that their children, their parents and their relatives were getting free health care. The entire system covered everything, including transportation in free ambulances.

And so, a socialist medical system that had been created to provide care for everyone was transformed into a mass murder scheme that would save money and make it more viable and sustainable.

To use both the Nazi and the NHS terms.

Nazi eugenics was a worst-case scenario. But the logic of socialized medicine requires some eugenics. When everyone can’t be treated, then a group must be denied care based on their unworthiness.

Medicare-for-All, the euphemism that is as misleading as the Charitable Foundation for Cure and Institutional Care that carried out mass murders in Nazi Germany, will have to ration care. Despite all the false promises, it will do so by finding medical scapegoats for its economic eugenics.

The only question is whom will it kill?

Daniel Greenfield: How Trump Started a Civil War Between the UN and Hamas