A few decades ago, California was a centrist Red State, but its current status is an extreme blue liberal Democratic monopoly. Currently California and north of the state are anarchist, radicals, and extremists and they are terrorizing residents. Open borders, homeless, protests, and rioting… the destruction of society at its core fueled by the radical left politicians. A capitalistic society for the oppression of economic inequality – at least this is what they espouse.

The fact that these thugs are fully supported by leading Democrats is no news because they, for one thing, have chosen to openly harass, intimidate and even beat up supporters of the far-right during rallies and go scot-free without even one Democrat leader saying a thing to condemn their acts. The reason principal Democratic politicians as well as leftist activists are in support of these mob activities and the media challenging Republicans that rouse attention to these activities has become questionable and absolutely unacceptable 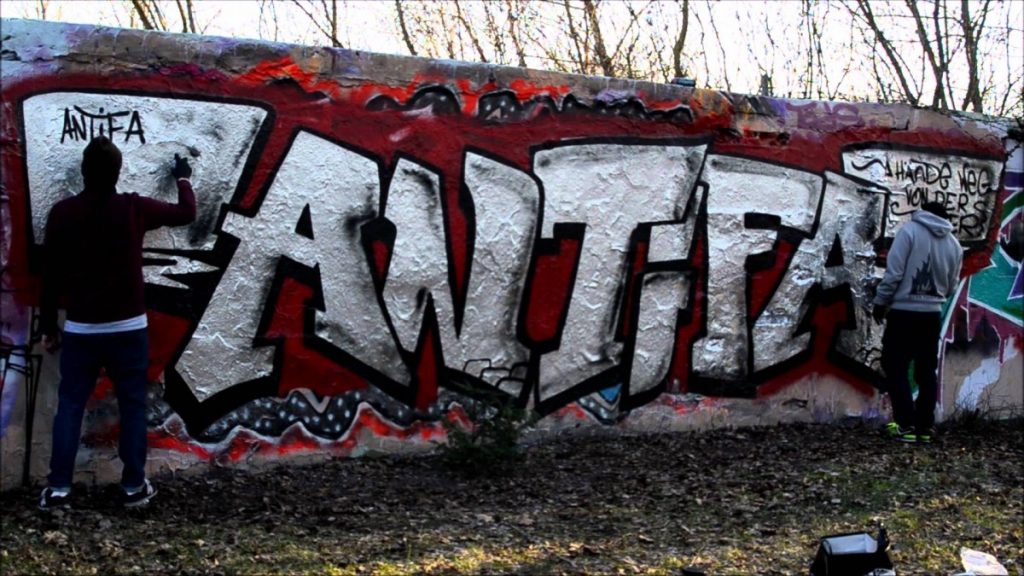 Recently,  an ANTIFA militant who was killed by Washington state police as he attacked a local Immigration and Customs Enforcement detention center was seen in a recent CNN program that critics say glorified a radical, left-wing movement. Mr. Spronsen sent a manifesto to his allies the day before the assault in which he wrote, “I am ANTIFA, I am a member of the left wing group as a “martyr.” A truly homegrown terrorist group – a militant group terrorizing society

What exactly is going on in  Washington, Oregon, and California, with mixed messages and mounting tensions? Is it perhaps likened to the modern day anarchists, militant anti-fascist movement of a civil war? “ANTIFA’S activists say they’re battling burgeoning authoritarianism on the American right. Are they fueling it instead?”

At the beginning of the movement WERE they similar to the Boston Tea Party?

“The Antifa movement. They strongly believe that it is peaceful, not Marxist or Communist or anarchist, and that it is simply a matter of keeping Neo-Nazis out of the US. As a kindness, let’s grant that point. Antifa is a loose term defining these people who have no central tenet other than prevent fascism in the world. There are democrats, there are socialists, there are anarchists. There are the Black Bloc and others than prepare for violence and instigate it. Okay. This sounds oddly familiar to what the political right was saying with the Tea Party. It was a loose term defining people who felt they were Taxed Enough Already and wanted less government interference. There were people of all colors and stripes, only gathered under the one point. They went out to demonstrate (mostly peacefully). If that is the case, then the Antifa folks should be completely okay with the Tea Party. When they argue the violence is not a tenet of the movement, they should also be willing to accept similar on the Tea Party side.” (TheRightNurse)

Remind you of anywhere else in the world right now? That’s right! The yellow vest movement, or ‘gilets jaunes’ represent a proud, rebellious people who are sick of being taxed to death by elitist, out of touch politicians. The Yellow Vest movement, began as a economic protest in France over the Green Tax (sound familiar). Yellow vests has found new life with a fuel tax and rising income inequality (California). Liberal, leftist, and anarchist elements joined in the protests.  As a result this has become an international movement riddled with extremists from every side with politicians and elitists antagonizing the populace.

Well, let’s do a little comparison. The West Coast – California, Washington, and Oregon is notorious for its poor handling of their economy and the over indulgent elitists taxing those that cannot afford it, particularly California. A few decades ago, California was a centrist Red State, but its current status is an extreme blue liberal Democratic monopoly.

And as usual we have seen quite a few riots here on the West Coast and abroad; just think about all the ‘anti-fascist’ riots in Seattle and Berkeley. Actual fascists, or rather white nationalists, however vile they may be, are a pretty miniscule force in the US; but would the same could be said of tax-gouging politicians that fill their coffers!

Indeed, it’s really a pity ANTIFA seems to have so much energy to oppose some thoroughly disgusting but ultimately unrepresentative knuckle-dragging racist thugs, but have very little meaningful or substantive criticisms to make of the economy? (Other than “down with capitalism!” of course)…

The Anti-2nd Amendment Gang is At It Again

Questions the Democrats Are Never Asked