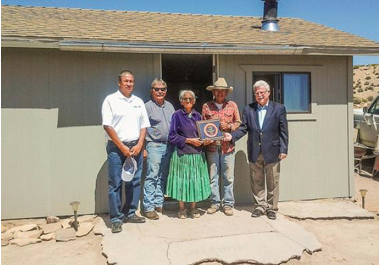 When most Americans think of Native Americans, they think of large glitzy casinos. They imagine the Tribal Elders sitting in a back room somewhere counting the money. While some Indian tribes do operate casinos, the money earned does not go directly to the Tribe, and not everyone belonging to the Tribe automatically gets a job. The life of the average resident on a typical American Indian reservation is far from the bells and whistles of the casinos. In fact, it is a perfect example of what socialism has done to a proud and once autonomous people.

Most of the 2020 Democrat presidential candidates are promising that, if elected, Americans get the moon, and they get it for free. Bernie Sanders, Elizabeth Warren, and the rest of the crowd are doing their best to make socialism cool, and it is working among younger Americans who see themselves strapped with thousand of dollars in student loans upon graduation, in addition to all the other unfairness they have been taught to believe about capitalism. But what most Americans don’t know, is that we have a perfect example of the failure of socialism right under our noses in the form of American Indian reservations.

The statistics are grim, and they do not lie. Let’s start with the land itself that the residents of the reservation live on. The land is managed by a federally recognized tribe under the U.S. Bureau of Indian Affairs, a government agency. But within the tribe, most of the land is communally owned, which means residents are unable to get a clear title to the land they live on. Because of this, many residents live in mobile homes. Why build a house or invest time in that land when it is not really yours? Tribal and federal government is the primary employer for most residents however, most of those living on the reservation live well below the national poverty level. As of 2013, the poverty rate for Native Americans was 11.3 percent, nearly twice as high as the national poverty rate that year of 6.9 percent. Jobs on the reservation are almost nonexistent, and many residents have to travel a distance to get to a job, many of those are minimum wage jobs.

Housing is critical on reservations. At times the wait is as long as two years for reservation/government housing. Reservation housing is often inadequate with subpar or even no plumbing, kitchen facilities, heating or air-conditioning. Sometimes these simple things that other Americans take for granted are seen as luxuries. A meager income must go to things like food and maybe getting that one person who lives in that household to a job.

Socialists love to talk about “free government health care”. The facts of government health care on the Reservation might not be the shining example that your garden variety socialist would automatically go to. The average life expectancy for Native Americans is five years shorter than other Americans. Roughly half of all Native Americans rely on the Indian Health Service, yet another government agency. The Indian Health Care Improvement Act was signed into law in 2010 as part of the Affordable Care Act, otherwise known as Obama care-government run. Seeing a trend here? It only meets about 60% of the residents’ needs. Doctor’s offices and pharmacies that are not part of a hospital are nonexistent for some reservations.

Any student of American History should acknowledge the fact that Native Americans have endured unimaginable treatment at the hands of the American Government and her citizens. They are a forgotten people in a land where its founding documents include the phrase, “all men are created equal.” They continue to receive this treatment by having socialism foisted upon them. Would not all Native Americans prosper and be lifted out of poverty by getting them off the reservation where virtually no economic opportunity exists into the mainstream of American society? This a system that was created to keep Indians off of prime land the government wanted to reserve for white settlers. It is an archaic and horribly obsolete system that keeps our fellow Americans from realizing their full potential as individuals and as a people.

The lives of Native Americans held in the grips of socialism is just another example that it has never worked anyplace it is tried. Just ask Venezuelans, Cubans, and Native Americans.

Barry Shaw: There are none so blind as those who will not see. The Democrats.