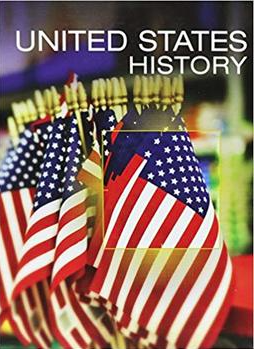 Edweek.org began a special project,  Citizen Z, last fall with an analysis of how History and Civics are taught in public schools. They questioned whether the discord between political views in America might be caused by the inability to agree on how history is taught and what is important in that process.

But is the disagreement over how it is taught a symptom or the disease?

Digging into the first installment in their series, the examples used show a pattern that are symptomatic of the underlying problems within the education community. These problems have been plaguing the teaching of history since the 1960s.

A close review of the article shows that the author places much positive emphasis on primary documents as more stimulating and beneficial sources for use in teaching than textbooks. In this aspect, I was thrilled to read it. I was hopeful as I read on that somehow the light of truth was finally permeating the academic mind to an extent that feelings and ideology would take a back seat to reality.

Color me disappointed. His discussion emphasized historical sources, as in the actual writings of those who lived our history.

Unfortunately not once in an extensive essay did the author mention the primary founding documents that set the course of our country’s journey through time: The Declaration of Independence and U.S. Constitution.

Instead, Captain John Smith’s journals and discrepancies between two different accounts of his relationship to Pocahontas were spotlighted. This was used to illustrate how such documents could stimulate students to question the veracity or motivations for Smith changing his story and for whom he might have intended to write the journal(s) in the first place.  In the first journal entry, Smith does not mention Pocahontas at all but in the second she is credited with saving his life.

Does this discussion really aim to provide students with a deep understanding of U.S. history? Or does it aim to somehow illustrate an isolated and possibly adversarial relationship between a white settler/explorer and American Indians (excuse me, Native Americans)?

Another example that has always struck me as a bit of a stretch is the claim that the first settlers in New England came to the New World out of malice. They were somehow “evil” because they brought diseases to America that decimated Native Americans who had no built-in immunity to those diseases.

My first thought was to question if people fleeing England for primarily religious freedom in America in the 17th century even understood how diseases were transmitted and what their impact would be on people from a different part of the world. But somehow, the white Europeans get depicted as evil invaders who brought these horrible diseases to the continent and wiped out the natives.

There are many stories related throughout history that indicate a relatively helpful and friendly relationship between the first colonists and the native tribes that were encountered in the region.  There are also instances where hostilities were encountered.

Perhaps the problem with the teaching of history is with the tendency to place ideological interpretations on what one reads in original source documents and/or textbooks.

If one approaches history with a pre-conceived, politically correct viewpoint centered in today’s polarized world, the result is going to be the same – distortions will occur.

Much was made in the EdWeek article about the controversy over how the battle for the Alamo was presented in the Texas State Social Studies Standards. Teachers pushed to have a phrase or sentence removed from the standards that referred to “all the heroic defenders who gave their lives there.” According to the article, “swift condemnation from politicians and the public” was enough to cause most of the language to be restored to the standards.

One must see the bias from both sides to identify objective truth.

To the defenders of Texas, the original words from the standards accurately portrayed the defenders as heroic: Since no Texans survived the Alamo, they certainly gave their lives for their cause.  But to those choose to consider the Texans of the time as “European invaders” of Mexican territory, the defenders of the Alamo were not heroic and, perhaps, deserved what they got.  This is another perfect example of how disingenuous it is to suggest that teaching via source documents will somehow free us from the bias of textbook authors.

What it comes down to is the skill of the individual teacher’s ability to focus on the context and norms of the time, instead of presenting history in the light of present-day mores. Present day experiences are quite different than those across the span of 400 years or more. It is a difficult tightrope to walk, but it will be the determining factor in what sort of citizen comes out the other end of the public-school pipeline.

The current atmosphere suggests that more than an objective amount of negativity is applied when describing the early exploration and expansion of America. They are making European explorers appear evil and destructive and that view of America seems to dominate academia today.  Is it any wonder teachers enter the classroom with a biased viewpoint?

Like any other members of the brotherhood of mankind, Americans across history were individuals motivated by different things. They were brought to different lands from where they were born and raised. How they dealt with harsh realities were often motivated by a common effort to survive. In dealing with that reality, they might not think the same way we do today when our lives do not directly depend on hunting, fishing, or growing crops to survive. And relationships between citizens are tempered by different races, voluminous laws, and other social restraints that did not exist in earlier times.

Teaching history and civics must take these things into account in order to paint an objective and balanced picture of truth…the good, the bad, and the ugly.  These are most important in ensuring our young people do not make the same mistakes that history shows were made in the past.

Now, ask yourself this:

If history were being taught the way it should be taught, would nearly half of our country be supportive of blatantly socialistic ideologies? Would they do so if they knew that such beliefs are in direct conflict with the clear intent of our Constitution? Objective history shows socialism to be an abject failure wherever it has been attempted and the cause of millions of deaths at the hands of despots. If they had actually been taught this in school, do you really think they would they still believe it to be a good and decent form of government?

How Can Democrats Believe Contradictory Ideas?

Daniel Greenfield: Mohammed, the Dirty Democrat in Charge of "Cleaning Up" San Francisco