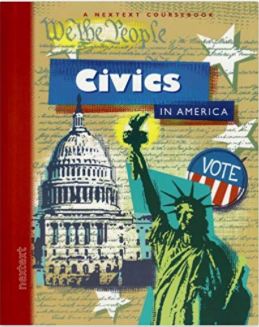 (From author: In Part 1, I examined the teaching of U.S. history and the pitfalls in an objective viewpoint in which to see the events of our past clearly. In Part 2, I will address the teaching of civics as it is now viewed by many teachers versus how it has historically been taught.  I will also discuss why the present view emphasizes primarily how to change the system rather than how to work within the system of government we have been provided with through the wisdom of those who went before us.)

Prior to the 1960s, activism was seldom a topic of serious discussion. The exception might have in the context of the early days of the industrial revolution, with the rise of unionism and the growth of the federal government’s reach into our lives. This was done through the efforts of Presidents like Woodrow Wilson, an avowed Socialist; and Franklin Roosevelt, a closet socialist.

It was during the tumultuous years of Lyndon Johnson’s Great Society when anti-war and civil rights demonstrations and riots became the norm. With the rebellions of youth against discipline and authority experienced in the 1960s, activism became far more common.

In the past 20 years or so, we have seen a resurgence in calls for civil disobedience, renewed civil unrest, and increasingly violent disturbances such as those perpetrated by groups like Antifa, among others.

Along with this most recent growth of Antifa-type activism (as it is currently defined) has come a tendency among teachers to equate civics education with activist training. Nothing could be more harmful to our youth and our country than to encourage this approach to civics be continued.

Historically, civics had as its intent the training of young citizens in how our country was formed, why it was set up the way it was, and the role of the citizen in making it work for the benefit of all citizens.  It was focused on the structure of our governments, how they were intended to interact with citizens and above all else, the value of individual freedom.

However, what has evolved over recent times is a shift to an emphasis on altering the relationship between the government and citizen. It is being done in such a way that citizens become more and more dependent on government instead of the other way around. As activism has invaded our courts and judges have become ideological instead of a means to determine if a law conforms to our constitutions, it has become increasingly easy for activists to confound efforts to maintain constitutional limits on government.

Just look at the past 12 months of venomous activism among teachers to understand how civics has become childhood activism training. It should be a means of teaching what government is intended to be, and why limiting its power is to the benefit of all citizens regardless of circumstance.

What has been lost in this transformation is a solid understanding among the students as to why our country was formed. They aren’t learning the justifications for its existence, and the unique nature of our government. Or how it was designed to provide maximum individual freedom and local control over our communities and states rather than having an all-powerful central government dictating every aspect of our existence.  After all, such a central authority was exactly what the founders fought a revolution to escape from. They sincerely believed in the premise that one size does not fit all – states were closest to its citizens and should be controlled by what each state’s citizens saw as desirable.

Without knowledge of our roots and the ‘why’ behind our founding documents it is impossible to understand the exquisite beauty and intelligence that went into both the Declaration of Independence and Constitution. And why those documents must continue to dictate the clear limits of federal government authority as originally intended.

By the way, this must also include a study of the Federalist Papers that explain, in detail, what the founders intended in the creation of our constitution.

Most importantly, and something that get entirely too little attention in today’s schools, is just how far we have strayed from those founding principles enshrined in those documents and how imperative it is that this trend be reversed, and original intent restored.

Unfortunately, this comes down to local school boards and state education standards.

The course of instruction in civics must remain on a clear path of teaching students how things were intended to be rather than the teachers’ personal ideology.

If the teacher envisions a fundamentally transformed America, our republic is destined to commit the errors of the past. And eventually, through either apathy or activism, the agents of change will complete that transformation to the point where the protection of individual freedom will be but a footnote to history.

Daniel Greenfield: Mohammed, the Dirty Democrat in Charge of "Cleaning Up" San Francisco

The Border: Our Country’s Last Line of Defense for Protecting the Innocents