I was five and Karen was six months when we moved to 1208 Hickory Street. We didn’t have horses made of sticks but I spent many hours riding a horse on springs named Dugan and she had a Huckleberry Hound Dog on wheels.

There were skinned knees as we learned to ride tricycles, and later bicycles, down the sidewalk and into the street.

There were no cell phones of course. We knew to come home in time to eat and before dark. We never had fancy dinners but there was always enough for us and for any friend who happened to be around come supper time.  The only catch was you had to help clean up the kitchen! We also knew that if we were eating BBQ chicken or roast beef it must be Sunday.

There was a garden in the back yard filled with fresh tomatoes and onions and hot peppers, the hotter the better, that we learned to eat at a young age. There were peas to shell and can in the summertime and we griped but we loved eating them all winter long.

Daddy didn’t grow the peas and they were usually bought somewhere out close to Cornett so we always made a stop at Mr. Bob Mason’s to get a watermelon. He would slice one when he saw a car driving up. They were sweet and juicy and we would leave there with the back floor board of the car loaded with 4 or 5 melons, sometimes even a succulent yellow meat in the lot. We rode home with the windows down, dirty, sticky fingers and smiles on our faces knowing what we were going to get to eat for the next few days.

The neighborhood was full of kids and there was always someone to play with.  We were never bored. All we had to do was walk outside and someone would show up. Or we would wander to their house and ask if Murralyn or Felicia, or Susan, or maybe Texie, Terri, Tyann, or Tracie (real names) were home. Or JanNan. They are twins named Jan and Nan but their brother, Rick, always called them JanNan as though they were one entity. Karen and I would just wander the neighborhood gathering friends who could come out and play.

We even played in the Wild Goose Chase which was the wooded area at the end of the street and no one got hurt–at least not bad enough to stop us from going there.

We climbed trees and got cuts and bruises and we brushed ourselves off and put Merthiolate or Campho-Phenique on it and went back outside. Those are two medications that you don’t see used much anymore probably because of some toxic chemical in them, and yet we survived.

We caught bees. How many of you knew that white faced bees can’t sting? In the Freeman’s yard across the street from our house was a huge wisteria bush and all the neighborhood kids gathered to catch bees.  Then we tied thread around their neck and played circus until their heads popped off. PETA would have a field day with that one…

We had dogs, cats, and even a rabbit named Peter who thought he was a dog. He would come to the back door for treats and was even allowed in the house for a bit. He had a tunnel in the back yard but never dug outside the fence. He probably weighed close to 15 pounds.

We had a swing set in the backyard. It wasn’t really swinging if the posts didn’t come out of the ground.

Grass never grew in front of the two living room windows from the time I was six after I started twirling camp at Lone Star Steel. That grass didn’t grow again until Karen graduated from high school. The reason is because if you turned off the inside lights, the outside windows made an excellent “mirror” for practicing our twirling routines.

Friday Night Lights is very real in Texas and we lived it. Karen and I were both majorettes starting in Junior High and Daddy was the official announcer at the home football games for over 25 years.

This is the house where we learned to cook and clean. We learned to wash and iron our clothes and balance a checkbook. We learned to say yes ma’am and no sir and please and thank you and it was not something we did part of the time or for company. It was a way of life and still is. We were given a basis for success in life.

Never once in our lives were we asked IF we were going to college, we were asked WHERE we were going to college. It was assumed, yet no one in our family prior to Karen and I had ever had a college education.  Mom and Dad wanted career opportunities for us that they never had, so it was ingrained it us at an early age and for that I am forever thankful.

It is the same house where we were taught about God and country. We were taken to church and had instilled in us a deep and abiding Southern Baptist faith. We were taught to stand for the National Anthem and to be proud to be citizens of the greatest country on earth. You will never see a Barnett girl taking a knee!

It was a house where games were played and practical jokes were rampant. You never ever knew what Daddy was up to and in return we got him back a few times. We learned from the master. 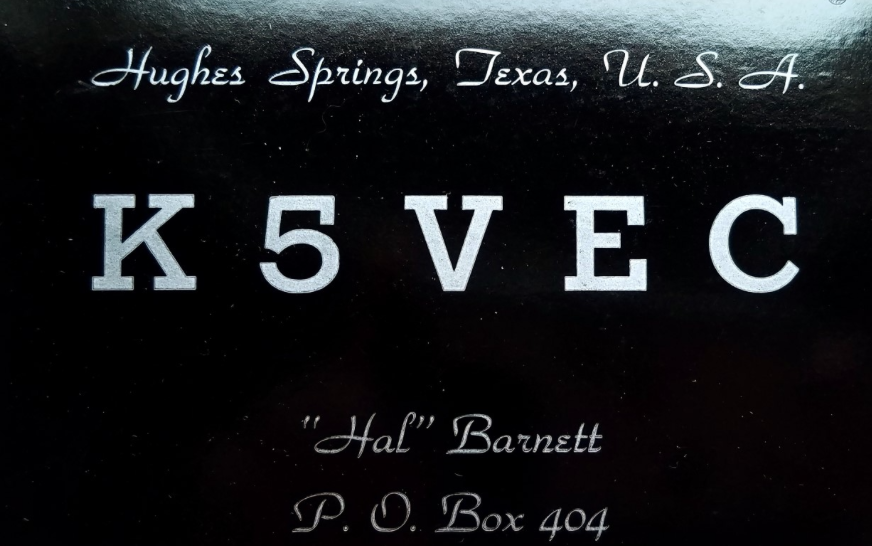 We learned about ham radios because K5VEC (Kilowatt 5 Victor Easy Charlie) lived here and spent our summers at Ham Fests. Back before everyone had a phone, Daddy would get messages over the Army MARS network that soldiers in our area had reached their destination. We would drive to their family homes and deliver the messages. I remember when Pop would stay up all night seeing how many people worldwide he could contact. He would exchange QSL cards with each of them via snail mail–none of this email stuff. He even made contact with the Space Shuttle once!

Many of you may have noticed that the house number in the photo is 707, not 1208 as I referenced in the first sentence. Well that is another story.  About 15 years ago, Karen was at the hospital with Mom and Dad and she was giving their address to the admissions clerk. As always she said “1208 Hickory.” Dad said, “No, it is 707.” Karen looked at him rather surprised and said, “Y’all moved and didn’t tell me?” Needless to say the admissions lady was a bit confused! Truth of the matter is it was a 911 change and neither of them had bothered to tell their children.

Karen and I joke that Hughes Springs, Texas is the center of the universe because so many things in our lives have connections back to our hometown. Well, just recently we locked the door for the last time on the “house that built us” and it was one of the hardest things we have ever done. I would be lying if I didn’t admit that more than a few tears were shed.  Mom and Dad are gone and nothing is left but the memories. But we have those to treasure, and aren’t our collective memories really what makes us who we are?

“Won’t take nothing but a memory from the house that built me.” Miranda Lambert

“Who says you can’t go home?
There’s only one place they call me one of their own”  Bon Jovi

The house may no longer be ours but we grew up in Hughes Springs, Texas.  We can always go home. 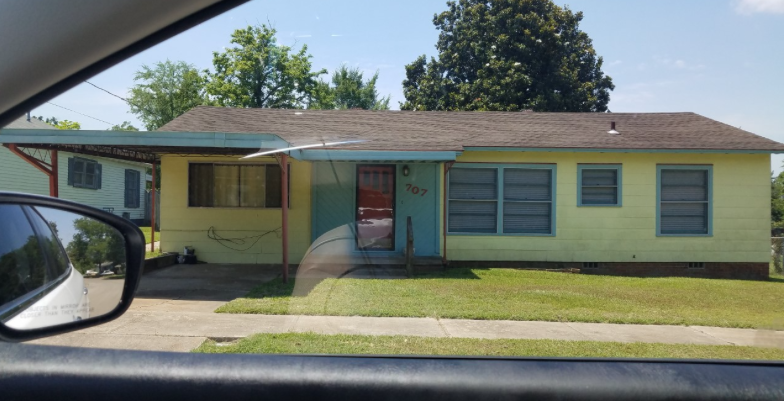 Sanctity of Life: From the Womb to the Tomb