In all my years as a political observer, I have yet to see a candidate run on a platform of support for more crime.  I’ve never heard a speech in which a candidate promises to make neighborhoods more dangerous, promotes drug cartels, or argues that violent felons here illegally should be immune from prosecution and deportation.

I used to think no one in their right mind could support such policies.  I’ve since come to believe I was wrong. 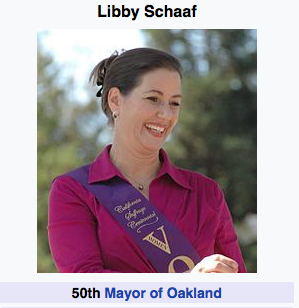 When Libby Schaaf, The Mayor of Oakland, California, was informed by ICE that they were preparing raids against a number of criminals in her city who happened also to be illegal immigrants, she released the information publicly so the criminals could escape.  The felons targeted for arrest are dangerous people.  They are part of the vicious MS13 crime gang. They traffic in drugs.  They sell girls and young women into sex slavery.

Yet, Libby Schaaf decided the protection of thugs and gangsters from immigration enforcement was more important than the safety of her city’s people.  She is still mayor.

President Trump announced recently he intended to start rounding up illegal immigrants who had failed to show up for judicial hearings. The response of newly minted Congresswoman and progressive heartthrob Alexandria Ocasio-Cortez was to provide illegals information about how to avoid capture; and, if captured, what to say to prevent deportation.

I don’t get it.  Who in the hell picks up the tab for her $174,000 salary, her exclusive health club, her highly-paid staff, her luxury Washington DC condo, her boondoggles, her generous retirement, and her high-end healthcare?

Sadly it’s not just a few radical outliers like Ocasio-Cortez and Mayor Schaaf who put the interests of felons here illegally over the safety of their constituents.

There are 9 states and 171 counties and cities that have laws, regulations, or policies that shield those convicted of violent crimes, who are here illegally, from immigration authorities and enforcement.

These “sanctuary” policies are adopted and enforced by thousands of state legislators, governors, attorneys general, city councilmen, county executives, and other elected officials who have betrayed their sworn oath to protect and care for those they are supposed to serve.

They are all progressive Democrats.  And they are all endangering the lives of their constituents.

While none have publicly endorsed a platform supporting more crime, sex trafficking, and unsafe communities; that’s exactly where their support for criminal illegal immigrants has led.