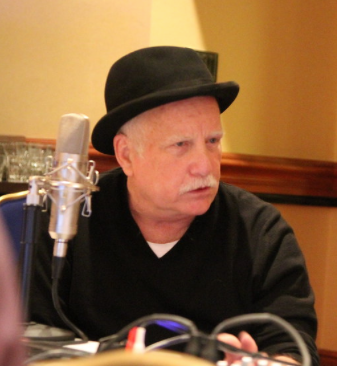 Actor Richard Dreyfuss told the Hollywood Reporter that he’s become less Jewish, though he admits to feeling good as a “cultural Jew.”

If that makes him happy in the Hollywood bubble good luck to him, but what upsets me is when he slaps Israelis living in the Jewish state, while being willing to celebrate his Jewish history “of being oppressed.”

I guess the oppression of being a Jew in Hollywood must be unbearable, but Dreyfuss obviously has the courage to suck it up and take it. It’s the Jews of Israel he can’t stand. He considers us the Jews who oppress others.

He clearly understands little of the complexity of the Middle East and the precarious position of Israeli Jews living as we do in our compressed bubble of three hundred and sixty degrees of violent Jew-hatred expressing itself in gruesome murders on a regular basis for a hundred years. He hasn’t reasoned that perhaps it is them that are oppressing us.

But Dreyfuss, in his secular philosophical Hollywood mood, talks of Jews as” a great moral template,” justifying his pride in being a detached Jew. He is not willing to grant the courageous Israeli Jew, ready to defend his fellow Jew with his life, the same moral template.

Instead, he moralizes that “  is on the rise, yes, but we should be more afraid of Jews not behaving like Jews.”

In this neck of the woods, Mr. Dreyfuss, Jews not behaving like Jews are those that do not go meekly to our death, but stand up against those determined to kill us out of an intense desire to remove us from the face of the earth.

We are not the defenseless Jews of the Diaspora, the inquisitions, the pogroms, the Shoah. We are no longer Jews behaving like the type of Jew Dreyfuss refers to.  There was no “great moral template” in that history. Only tragedy, sadness and shame.

Was there a great moral template in Dreyfuss’s namesake in France, put on military trial for treason to cover the blame of other officers because he was, as a Jew, a convenient scapegoat?

We Israeli Jews are the first Jews in two thousand years who say “Never Again!” and mean it while holding out our hand in peace, a hand that has been lethally rejected since 1948.

Richard Dreyfuss said, “Most Jews are willing to celebrate their own history of being oppressed…”

We Israeli Jews do not take pride in a Jewish history of being oppressed, even as we find ourselves under daily threat from across our southern, northern and eastern borders on a daily basis.

We take pride in building a nation and a people with the courage and ability to stand firm against all enemies. Again, for the first time in two thousand years of our history.

If the actor interprets that as us “oppressing others” then we have a disagreement.  The Israeli perspective is our willingness to let others govern their own lives until such time as they elect leaders willing to accept our Jewish right to exist in this dangerous neighborhood.

Here in Israel, we know what “Close Encounters of the Third Kind” looks like, and it’s no Hollywood movie.

Richard Dreyfuss is busy promoting his new movie, “Astronaut.” Here in Israel, our heads are not in space but grounded in the ugly reality of a dangerous Middle East.

In the Hollywood Reporter article, Dreyfuss rebutted the accusation against him of being a hypocrite after an incident with a woman who was his assistant. Apparently, that’s the latest Hollywood gossip. Dreyfuss said “I was accused of being a hypocrite by someone who I had known and worked with and had respect for. And I don’t buy what she said as valid at all.”

No doubt, the less Jewish Dreyfuss with a great Jewish template will equally reject my claim that he is a hypocrite when it comes to taking cheap shots against Israeli Jews living under very real existential threats.

Until he comes to Israel and engages in close encounters of the first kind with Jews trying to live in peace with aliens who hate us, he will remain, for me, a hypocrite living in a Hollywood bubble.

Barry Shaw is the author of ‘Fighting Hamas, BDS and Anti-Semitism.’

I Believe in the Stars and Stripes Forever