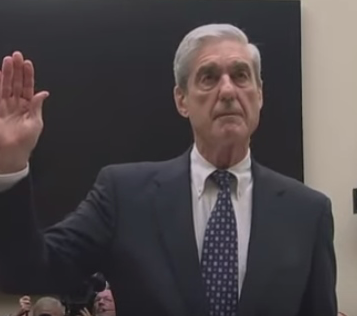 It’s hard to imagine a scenario that ended in a more epic failure than the testimony of Robert Mueller before Congress.

After 2+ years of the Special Consul’s investigation of Trump/Russian collusion (and the media constantly telling us that the “walls are closing in on Trump”), on Wednesday it ended not with a bang but a whimper. I guess you could say those fictional walls came tumbling down like Jericho.

But the left richly deserves this, especially Adam Schiff and Robert Nadler. These two have been spreading lies about Trump and the nature of the investigation for a long time.

How many times did Schiff say he had the evidence of collusion? According to the RNC, “Since 1/23/17, Schiff has done 419 TV interviews totaling almost 50 hours (49:39:42 to be exact) pushing the Russia hoax” because they were looking for “this dramatic moment that would capture the imagination.” Or the left gleefully reporting that Robert Mueller was going to bring down Trump.

“Just wait until we get the report!” they said. The report came and no collusion. So they switched the goal post to obstruction.

William Barr shot that down.

Then came the call to hear from Mueller himself–“Now it really will be the end for Trump!” Except that Mueller didn’t want to say anymore than what was already in the report (more on that in a minute). In fact he was pretty emphatic that he did NOT want to appear before Congress. But Nadler and the Democrats are totally invested in destroying Trump so they went forward with it. But in doing so they have caused it to boomerang on themselves. Kind of like the Coyote flattened by his own device to get the Road Runner.

The consensus, even in most quarters of the liberal media, was that this was a train wreck:

Chuck Todd: “On optics, this was a disaster” for House Democrats because they were looking for “this dramatic moment that would capture the imagination.”

So Todd has just confirmed that this was for optics and the “imagination”, not for facts. That’s for clarifying that.

Laurence Tribe: “Much as I hate to say it, this morning’s hearing was a disaster. Far from breathing life into his damning report, the tired Robert Mueller sucked the life out of it.”

The reputation of Mueller sailed a longtime ago Chris. That comment tells us a lot about people like you in the liberal media.

Michael Moore: “A frail old man, unable to remember things, stumbling, refusing to answer basic questions…I said it in 2017 and Mueller confirmed it today — All you pundits and moderates and lame Dems who told the public to put their faith in the esteemed Robert Mueller — just STFU from now on…”

Awww. Michael Moore is upset. Funny how he is always screaming about destroying Trump but when it fails he absolves himself from any responsibility.

Earth to Toobin: Trump has been winning for almost 3 years! And your side is helping him!

The best comment came from Dan Crenshaw: “I hear someone is testifying about a report that we already have, regarding Russian collusion that never happened.”

I watched about an hour of the first go-round. It was pretty much what you would expect. Democrats making statements that they wanted Mueller to confirm. It pretty much went like this:

Congressman: So Trump did X, Y, and Z and should be railroaded to prison.

Mueller: Uh, uh… is that in the report?

Congressman: Yes it is.

Mueller; Uh…well….uhhh…then I stand by it.

Which brings me back to the report and the investigation itself. Rush Limbaugh spent some time on his show earlier this week wondering how much detailed work Mueller actually did on the investigation. He theorized that Mueller was simply a figure-head to give the Special Counsel gravitas. After hearing Mueller today, I would say that is likely spot-on. He seemed not to have ANY knowledge of what was in the report and confused by the implications that were being made. He admitted to conducting very few of the interviews himself. And he appeared not to know about Fusion GPS. He also refused to answer many questions saying that was not in his purview. No wonder he didn’t want to testify.

So whatever goal the left hoped to achieve today was a miserable failure (to quote Dick Gephart). Schiff and Nadler should be laughed out of town. And Republicans should demand tax reparations for funding this ridiculous investigation.

But at least we had a day where Trump wasn’t accused of being a racist.

The Repulsive Policies and Tactics of the “Squad”