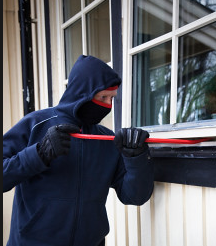 Let’s say I break into your home because, well, it’s nicer than mine. You’re asleep or otherwise occupied so I just relax, raid your fridge, and make myself at home.

The next morning you come downstairs and find me on the couch watching cartoons. You demand I leave or you’ll call the cops. I say, “No way, I like it here.” You call the police, and they say there’s nothing they can do. After all, Congress has refused to pass any laws impacting illegal immigrants. Likewise, the local city council or mayor have designated your neighborhood as being part of a “sactuary zone.”  The cops do nothing. They can do nothing.

In the meantime I decide to take your nice red convertible for a spin. It’s just sitting in the garage. You left the keys in it. Off I go.

You see, I don’t really care about your stupid laws. I came across the border illegally, my court date was months ago. I didn’t show. I do some odd jobs for cash (no taxes.) When I feel sick I go to the emergency room. It costs you and your neighbors $700, but it costs me nothing because I intend to ignore the bill.  Why not?

And with the help of Democrat leaders who hold seminars to tell illegal immigrants like me about the many ways to avoid ICE and other law enforcement, it’s easy to dodge the raids that might cause my deportation. Piece of Cake!

I’ll never understand the many politicians who care more about us illegal immigrants than your own homeless, or vets, or elderly, or disabled or poor; but so long as they do, you can’t blame me for taking advantage.

It’s not as easy as it sounds. Today I have to get my food stamp card (EBT card) so I can eat for free.  Later, I’ll join a protest at ICE headquarters with other illegals. (And by the way, we don’t care for the term “illegal” since we have as much right to be here as you do, but it doesn’t really matter what you call us–we’ll still be here no matter what, right?) We’ll chant songs against ICE. We’ll take down the American flag and put up the Mexican flag. It’ll be great. So much fun. And great seeing Republican heads explode.

Ran across a couple of homeless women today. Each had collected a fair amount from people who had stopped to contribute. They probably collected $500 or more. Think I’ll track them down, take their money, then have a little fun with them if you know what I mean. Imagine, Democrat leaders would rather watch out for us illegal immigrants than their own country’s homeless women. It’s great to be an illegal immigrant!

Just being in America is a great gig. We illegals have it made. American taxpayers provide us with protection against federal immigration enforcement, they give us drivers’ licenses, and they give us free healthcare. All we have to do is vote to put Democrats in power. It’s a win, win. They get the power. We get the food stamps, free housing, free healthcare, and free housing. And if we work, we get paid in cash so no stinking taxes!

Now this is an American dream I can get behind.