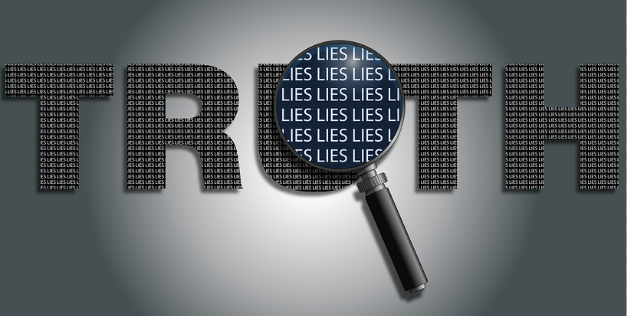 How can Democrats oppose voters presenting identification at polling places when they have no problem requiring I.D.’s to get on an airplane, open a bank account, rent a car, or buy a pack of smokes?

Why do Democrats oppose border control, but don’t have any qualms about controlling access to a crime scene, or their fundraising events, or their own townhall meetings?

In what universe does it make sense to say no one is above the law including the President, then exempt illegal immigrants from the law?  After all they are well, illegal.  But not only did illegal immigrants enter the country illegally, they enjoy immunity in Democrat sanctuary cities.

How in the world can Democrats excoriate even the mildest cases of sexism, but insist the names of Congressmen who sexually harass their employees should be kept secret … and their victims should be paid off with undisclosed amounts of taxpayer funds?

In what alternate reality can you claim tolerance and social justice are ultimate goods, but then insist that Islamic culture is as valid as any other even when they impose death for being gay, committing blasphemy, or changing religion to name just a few high crimes under Islamism?

And why do Democrats want to deny parents the chance to choose which schools their children attend while they put their own kids in private schools?

How does it make sense that Democrats want laws that effectively remove guns from law abiding citizens but leave guns in the hands of criminals?  Would you say that disarming the likely victims of violent criminals makes those prospective victims more or less safe?  (If you answered “more safe;” congratulations, you’re fully qualified to pursue a future in the United States Congress as a Democrat.)

All of this would be a lot like Bernie Sanders visiting the old Soviet Union or Cuba, then heaping effusive praises on their political and economic systems as free, prosperous, and good.  Oh wait, that’s exactly what Sanders did — with the Soviets in the mid-80’s and with Cuba in 1989.

And despite his extreme past cognitive dissonance, Sanders hasn’t learned much since the 80’s.  Last month, on June 5th, he tweeted that Communist China should be praised for leading the world in renewable energy.  Only thing is that it’s demonstrably false.  China actually leads the world in global CO2 emissions, plastic waste, and pollution associated with power generation.  What’s worse, China bears chief responsibility for dumping into our atmosphere CFC-11, a banned poisonous gas that is known to destroy the earth’s ozone layer.

OK, in truth, Sanders latest tweet is less an example of cognitive dissonance as it is a complete dissociation from reality.

In the end, that’s the problem with the left generally.  Their world view demands they believe things that are contradictory to what observable and demonstrable evidence proves to be true. Solutions escape them because they can’t even see the real problems.  Their world view enslaves them to insist on circumstances and situations that make no sense to anyone but them.

It’s how they can support socialism even while that contemptible system has laid waste to one country after another — in our own time and midst witness Venezuela, Nicaragua, Cuba, and North Korea.

Democrats are fond of quoting F. Scott Fitzgerald to prove their intellect.  In his 1936 short story, The Crack-Up, Fitzgerald wrote, “the test of a first-rate intelligence is the ability to hold two opposed ideas in the mind at the same time, and still retain the ability to function.”

But Democrats misunderstand. Fitzgerald wasn’t talking about believing two contradictory notions simultaneously. He was saying we should be able to see things as hopeless, yet still work to turn them around; that despite the futility of effort, we should struggle on; that even when failure is inevitable, we should make the decision to succeed.

It’s like knowing Democrats will never get it, but working anyway to bring them around.  As Fitzgerald might have said, even the impossible can come true.

Stuart Kaufman: The Modern Miracle of the Covenant