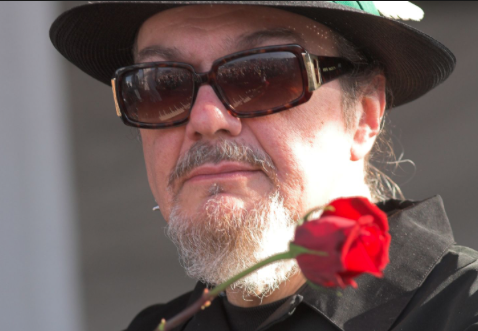 As I began writing this article on June 22, 2019, I had Dr. John’s Memorial service playing in the background as it was broadcast live on WWOZ on-line in New Orleans. Listening to the remembrances of those who directly worked with and loved the Doctor and his music stirred my own memories, like a night wind off Lake Pontchartrain.

I wrote in a more detailed manner about Dr. John in the June 20th PolitiChicks article, “Dr John: Beyond a Hoodoo Moon.” The title was a playful play on the title of Dr. John’s 1994 biography, as told to writer Jack Rummel, “Under A Hoodoo Moon,”(St. Martin’s Press, 1994). I highly recommend this book, especially the sections on his early days.  When I talked extensively with the Doctor in 1997, I made him laugh when I asked him when he was going to put out part two! In all seriousness, because of his importance to the past sixty plus years of American music, there is a need for a definitive book about Dr. John’s Music.

Therefore, as I did with the passing of Chicago Blues legend Otis Rush,  I feel the need to describe some of my favorite works of Dr. John. His music is where the spirit meets the bone.  Where we seek higher ground in a down trodden earth.  These recollections are personal and my favorites may not be everybody’s. But, ultimately, whether he was the Night Tripper, Dr. John, Mac or dis, dat or d’udda, to quote the Doctor himself, Dr. John was a true son of New Orleans and his career embodied the best of the music that city has to offer.  He was beyond a Jackson Square pigeonhole.  He was also beyond being trapped under a Hoodoo Moon.

As I stated in my June 20tharticle, New Orleans musician Mac Rebennack created the template for the stage character of Dr. John based on the 18thcentury New Orleans Root Doctor, John Montaigne, better known to New Orleans citizens of the time as Dr. John.  Originally, Mac had singer Ronnie Barron in mind for the stage character of Dr. John.  Barron was the same singer that Mac got his left ring finger almost shot off for in Jacksonville on Christmas Eve, 1961. Barron was unable to fulfill Mac’s wish, so Mac Rebennack became Dr. John.

The January 1968 album “Gris-Gris,” (Atco) set the stage for the realization of Dr. John as a musician of great power and originality.  Evocative songs like “ I Walk on Guilded Splinters and Gris-Gris Gumbo Ya-Ya” were almost eerie in their presentation. “I Walk on Guilded Splinters, has been covered by many artists including Humble Pie, Johnny Jenkins and the Allman Brothers. This album also features one of Dr. John’s greatest love songs, “ Mama Roux.”

Gris-Gris as a term that means a Voodoo talisman, powder or charm that is used to ward off evil or to help enact a spell.

From 1968 to April 1972, Dr. John, in his recordings and performances, was the character, Dr John, the Night Tripper.  In April 1972, the Doctor released the album,“Dr. John’s Gumbo,” (Atco).  This album was a return to the New Orleans R&B of the 1950’s.  That album included the good doctor’s versions of songs like “ Iko-Iko and Tipitina.”  A microcosm of the best of the 1950’s in the Crescent City.  The Night Tripper costumes were placed on temporary duty and the music of Dr. John started expressing the joy that was always present in a lot of his music.  This was the doctor’s fifth album in four years.

In the Right Place, included backing by the famed New Orleans group, The Meters.  I wrote about Toussaint extensively in the November 14, 2015 edition of this magazine in the aftermath of his death.  This album is where the American public first heard Dr. John in a large scale fashion.  The featured song from the album, “Right Place, Wrong Time,” was a top ten hit.  A second song, “Such a Night,” became a concert favorite and was a featured moment in the Martin Scorsese film, “The Last Waltz.”  Another song from In the Right Place, “I’ve Been Hoodooed,” remains a favorite of this author.

The first time I laid eyes on Dr. John was when he appeared with Blues Guitarist Mike Bloomfield and Blues Singer John Hammond in the fall of 1973 on the ABC Friday night program, “In Concert.”

At the time, I was already a huge Bloomfield fan and a great appreciator of John Hammond’s singing, but Dr. John was a new sonic reality to my young ears.  That is where I became a Dr. John fan.  Where I started the journey of appreciating Dr. John’s music by digging backward is his catalogue. I continued forward as a Dr. John fan and eventually, most importantly, was strongly influenced by Dr. John’s music as a musician.

The Doctor, Bloomfield and Hammond blessed their fans by releasing a one-off album titled, “Triumvirate.” This album was released in August 1973 on Columbia records. Triumvirate was unfairly panned when it came out. I find it to be an incredibly succinct and successful collaboration between three incredibly talented musicians.  Most of the material was tightly performed,  funky and reimagined New Orleans R&B, such as “Cha-Dooky-Doo.” John Hammond handled the vocals, Bloomfield burned with in-the pocket Blues guitar and the Doctor provided the grooves with his keyboard and guitar work.

These five albums are some of my favorites.  But I have to include some honorable mentions and surprises in Dr. John’s music.

One of the greatest Dr. John songs, not actively recorded or performed by the Dr. himself, was “When the Battle is Over.” This song was a 1969 collaboration between New Orleans singer Jessie Hill and Dr. John.  It was originally recorded, in that same year, by the husband and wife team, Delaney and Bonnie Bramlett.  Dr. John’s wife at the time, Lorraine Rebennack, was a  close friend of Bonnie’s.

However, the touchstone version is the one by Aretha Franklin on her landmark 1970 album, “Spirit In the Dark.”  Aretha’s version includes a Triumvirate of great guitarists, Duane Allman, Eddie Hinton and Muscle Shoals Swamper, Jimmy Johnson.

Throughout his career, Dr. John would prove to be a sympathetic collaborator with many songwriting partners such as the great Bobby Charles.

Among the songs that will survive the ages are the songs he wrote with Legendary Songwriter, Doc Pomus. I could write a completely separate article, or for that matter, a book about their partnership.  The two doctors wrote classic songs such “City Lights, Tango Palace, Louisiana Lullaby,” among hundreds.  Their collaboration on the songs recorded on the classic B.B. King album, “There Must Be a Better World Somewhere,” helped win that album a Grammy Award.

In his lifetime, Dr. John himself won six Grammy Awards.  I would have to add to a list of favorite Dr. John albums to include, “Television, Anutha Zone, N’Awlinz: Dis Dat or D’Udda, The City That Care Forgot and Bluesianna Triangle.”  The list continues to grow as do the generations of listeners, musicians and die-hard fans of the good Doctor’s music.

As a fan of the best American music has to offer the world, I will continue to listen to and learn from Dr. John’s music.

Kaepernick: THIS Is Why Americans Celebrated Independence Day Without You