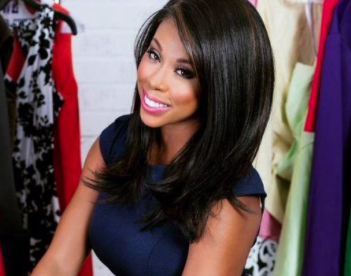 Over the weekend one of our former PolitiChicks, Kimberly Klacik, appeared on FOX News discussing some of the problems in her home town, Baltimore. Kimberly said:

“There is a crisis at the border but there is also a crisis in Baltimore. And I don’t think many people realize this but Congressman (Elijah) Cummings represents the most dangerous district in America…There’s abandoned [homes] filled with trash, homeless addicts, empty needles that they have used, and it’s really right next door so it’s attracting rodents, cockroaches, you name it.”

People in her district should have been cheering. Finally, one of their own was speaking up for them, telling the truth about the crime, the trash on the streets, the rats and cockroaches. Kimberly was bringing much-needed attention to city leaders that more than a cutesy hashtag is needed in Baltimore.

But nope. Soon after her FOX appearance, a firestorm began raining down on Kimberly after President Trump tweeted this:

“Elijah Cummings has had his chance to address it (crime & conditions in Baltimore) for decades, and he hasn’t gotten it done.” @PeteHegseth @foxandfriends How can he get it done when he just wants to use his Oversight Committee to hurt innocent people and divide our Country!

For the first time in her life, Kimberly Klacik was in the center of a huge Media Storm. But frankly it’s going to be epic watching what happens when they try to take her down because the idiots in the media have no idea who they are attacking this time!

Kimberly Klacik is one of Baltimore’s finest. She is a young, beautiful entrepreneur who created a business called Potential Me that has been empowering disadvantaged women in more ways than any Democrat Baltimorean could ever dream of.

From her company’s Mission Statement:

Our mission is to provide disadvantaged women with the tools needed to obtain a career and gain financial independence. We support women who are in college, trade school, the work force, and military bound, as well as their families and local communities. From workshops to motivational speakers, we raise awareness, self esteem, and empower women. Taking our career wear recipients shopping for a professional look is the fun part, watching that same woman discover her self worth is the rewarding part. Professional & successful are related. 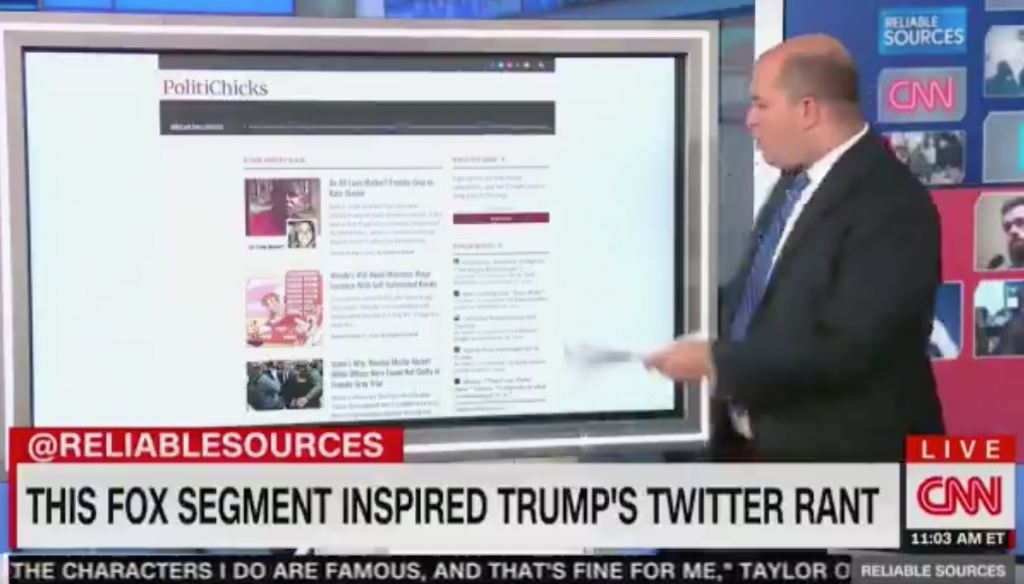 But despite Kimberly’s 4 year history empowering the women of Baltimore, creepy Brian Seltzer at CNN chose to do an entire “expose” about her anyway, including featuring her with this website.

Many came to Kimberly’s defense, including another former PolitiChick, Beth Baumann who is now a big-time associate editor at Townhall:

It’s funny that @CNN and @brianstelter can’t even say @ThePolitiChicks’ name but instead says “this right-wing website.” Lots of great talent was discovered because of @politichickAM and PolitiChicks (myself included). https://t.co/5h8WY4yhMN

The progressive journalist’s mind at work: “Hey, we gotta cover for Elijah Cummings! So let’s do a hit on that black chick making videos showing how bad things are in Baltimore” https://t.co/ls00ue3l6n

So bring it, media. You just TRY to attack this lovely, hard-working young mother who is only trying to make her little piece of the world in Baltimore a better place. I’m sure many of the Baltimore women she’s to which she has provided clothes and job training–for free–will come to her defense. I know all of us at PolitiChicks will certainly do so, as will millions of new fans throughout America who will soon know our Kimberly, too.

We love you, Kimberly, and we’re praying for you, girl. But I’m not too worried about you because you’ve built such a strong foundation of character and class (that’s literally the way you pronounce her name, by the way, “Classic“) there’s no way those bullies on the left can hurt you. They are SMOKE MONSTERS. You are truth and light.

And you’ve got this.

P.S. Since CNN’s Brian Stelter is extremely white, should we maybe start tweeting that he’s a racist for so thoroughly and publicly trying to denigrate Kimberly? Asking for a friend…

Democrats Are the Real Racists