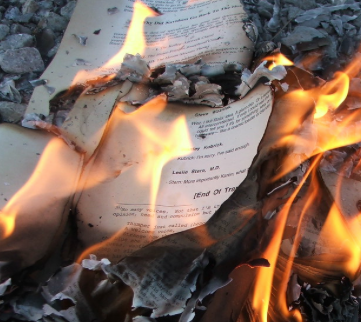 What belongs in a library anyway?

The Library Journal recently retweeted the accusation that, “Library collections continue to promote and proliferate whiteness with their very existence” and all the books by white people “are physically taking up space in our libraries.”

The Library Journal had been founded by Melvil Dewey. Since then, the American Library Association, also founded by Dewey, pulled the name of its progressive feminist founder, who had issues with wandering hands and bigotry, from its medal.

It was the second time in two years that the ALA had renamed one of its medals. Last year, the Laura Ingalls Wilder award became the Children’s Literature Legacy award after accusing the Little House on the Prairie author of racism.

The cultural establishment unsuccessfully spent three-quarters of a century trying to kill the Little House on the Prairie books because of their conservative and libertarian worldview. While the beloved classics are set in the 19th century, the books tapped into the national debate between self-reliance and socialism during the New Deal. Wilder was an opponent of the New Deal and her daughter, Rose Wilder Lane, who edited the books, would become a major libertarian figure.

Little House on the Prairie is one of those “library collections” proliferating “whiteness” and “taking up space in our libraries”. Exhibits of the books already come with warnings about “problematic” content. And, before long, a pressure campaign will see them forced out of their traditional spaces in libraries.

What will replace them? Probably nothing.

The Library Journal retweeted a screed calling for more minority books. But the definition of what a minority is constantly keeps changing. A library collection filled with books across the racial spectrum won’t sufficiently represent transgender authors. And once enough transgender authors are recruited, published and embedded, it won’t represent whatever the next great identity politics cause will be.

Libraries run by a radical movement are a contradiction in terms.

In the 20th century, European radicals wanted to burn museums to destroy all the old works of art. During some leftist takeovers, such as the Bavarian Soviet Republic, the threats became serious. The ideological justification grounded in class warfare, rather than identity politics, expressed the same idea as the Library Journal’s tweet. Collections represent the old. Changes comes from the new.

A library is reactionary. Burning books is progressive.

Leftism requires not just a revolution, but an endless cycle of them. Libraries seek to preserve the sum of human knowledge, science, art and literature. The ideology and the institution are on a collision course. The ideology worships newness for its own sake, destroying the old to justify its power, while the institution preserves the old, deriving its legitimacy from the study of the past.

Soviet libraries were caught in a cycle of censorship as new histories and political positions kept emerging. The old Communist hero was now a traitor. Lenin’s old position was now taboo. The books that contained them had to be eliminated. That’s the same problem facing the modern library which has to police the constantly changing political boundaries of timeless literature.

The easiest way to run a library is to stock as few books as possible. And that’s the future.

Modern libraries are dumping their collections, opening up more work spaces and adding classes, events and programs. Lefties have little use for libraries with their collections of printed books. Library spaces have to function as social organizing hubs for immigrants, minorities and activists. If people have to read in a library, it should be a screen. The internet rewards the trending topics of the moment. Not the past.

There are no concerns about that worn 1971 copy of Little House in the Big Woods on a back shelf because an internet search will be biased to push the latest social justice essays about the series. Libraries exist to curate an intellectual history while the current internet model pioneered by Google and reinforced by social media, exists entirely in the trending moment with no sense of history at all.

“The past is a foreign country; they do things differently there,” a writer most have forgotten once wrote. The radical hatred of the past is a cultural xenophobia. History is assailed with propaganda as honest and vicious as anything put out by North Korea. The foreign country in which the men and women who live on in the stacks dwelled were bigots. All we need to know about the past is its evil.

Accusations of racism become a convenient means of eliminating the past. And once that’s done, nobody knows anything at all. We all become millennial wunderkinds like Rep. Alexandria Ocasio Cortez, forever discovering new things, and attributing those discoveries to knowledge instead of ignorance.

The real problem with the past though is the litany of the crimes and failures of the Left. That litany is mysteriously omitted in the latest lecture of how America was built by exploiting the oppressed. Leftist history is always being revised. The revolution of the moment is urgent and inevitable. The revolutions of the past are old history. Nothing needs to be learned from the past. And it’s best not to have libraries.

And so the library becomes the anti-library.

The anti-library is dedicated to limiting knowledge and eliminating the past. The fewer books there are, the easier it is to make sure that they are the right ones. The miserable task of censorship cycling will invariably leave readers with far fewer readable books than they might want. The Soviet Union tried to solve the problem by supplementing its propaganda tracts with selected works of classic literature.

But classic literature is full of dead white men. And there are only so many books that the alliance of oppressed minorities of the moment can be expected to produce that people will want to read. The ability to write is not distributed by any agency or committee. And it cannot be redistributed. Identity politics offers no assurances that the resulting book will be read out of pleasure, rather than duty.

Soviet anti-libraries tackled the problem by allowing children to take out classic literature only if they also took out modern propagandistic works. American libraries however won’t face the same problem.

The Bolsheviks believed that it was important to get people to read so they could be propagandized to. A newspaper is a much more efficient use of political resources than a street corner demagogue. But online video has made the street corner demagogue much more efficient and effective. The destruction of literacy is not an accidental malfunction of the educational system. Illiteracy is the intended outcome.

The library, the radicals tell us, is an outmoded institution. Books full of words by dead white men are mainly of interest to dead white men. Even replacing them with books by identity politics minorities doesn’t fix the structural problem that literature and history conform to the norms of dead white men.

Whiteness isn’t just in the names of the authors in the stacks. It’s in the nature of the stacks themselves.

Why have libraries at all?

The obvious answer is that they employ librarians. And they provide internet access to homeless people and teach English to day laborers. They offer spaces for visitors to study the slogans on all their posters. That’s the anti-library future of the library. A space with few books and many screens. A community organizing hub that occasionally happens to have a few books tucked away somewhere.

Not too many though.

There’s no reading in the anti-library.

Daniel Greenfield: Peace Doesn't Exist. Neither Do the Palestinians