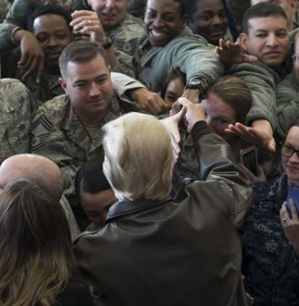 Politics has its style and its substance. Style requires the 2020 candidates to stump in New Hampshire diners and eat corn dogs at Iowa fairs. These stylistic rites of passage in American politics are on the verge of irrelevance as the kingmakers in California push up their primary and as the effort to eliminate the electoral college gains traction among the 2020 Democrats and, more importantly, their donors.

Forget the New Hampshire diners and Iowa corn dogs, the truth can be found if you follow the money.

These are the core zip codes of the Democrat donor base. They are the pattern that recur in the campaign contributions lists of the top Democrats. And they explain the politics of the 2020 race.

Providing free health care for illegal aliens at taxpayer expense may not be very popular nationwide, but is commonplace in New York, Los Angeles, San Francisco, Seattle and Boston. Gun control is a loser nationwide, but a sure thing in the big blue cities. Even proposals to take away private health plans, allow rapists and terrorists to vote from prison, and open the border pick up more support there.

The 2020 Democrats aren’t speaking to Americans as a whole. Instead they’re addressing wealthy donors from 6 major cities, and some of their satellite areas, whose money they need to be able to buy teams, ads and consultants to help them win in places like New Hampshire and Iowa.

Not if you’re a Democrat.

The democracy of small donors is illusory not only by zip code, but by industry. Google isn’t the largest company in America, but, according to the Center for Responsive Politics, its employees show up on the top company contributor lists for Kamala, Sanders, Buttigieg, and, Warren. Despite Warren’s supposed threat to break up big dot coms and Sanders’ talk of going after big companies, Google employees were the top backers of both candidates.

What do they know that we don’t?

Alphabet, Google’s parent company, does employ a lot people, but its number of employees is a fraction of those employed by Home Depot, Kroger or Wal-Mart. What Google does have is an enormous concentration of wealth and power through its monopolistic control over search advertising. That power also gives its radical employees a disproportionate ability to shape the 2020 Democrat field.

Again, what do the millionaire employees of big tech know about Warren’s plans that we don’t?

There’s no question that big tech cash is helping shape the 2020 Democrat field.

But it’s not just big tech.

Some of the biggest financial players in shaping the 2020 field are government institutions.

After Google, University of California employees are the biggest donors to both Bernie and Warren. They also show up, somewhat less surprisingly, on the donor leaderboards for Kamala Harris and Buttigieg. The prominence of California college employees on donor lists for candidates from the other side of the country shows the sheer financial wealth of taxpayer funded institutions in California.

The donor list roundups show the power of alumni networking with Warren tapping into a large donor base at Harvard and Buttigieg at Notre Dame. Harvard had positioned Warren for a profile in national politics and Notre Dame had made Buttigieg a viable candidate in a city where hardly anyone seems to even bother voting. And even Cory Booker managed to tap into his old Stanford connections

Beyond the regional geography, there is a political and industrial geography shaping the 2020 field with New York City and Berkeley employees funding the candidacy of a Vermont socialist and the employees of public and private universities (but either way heavily subsidized by taxpayers) across the country funding the rise of a Massachusetts socialist with an academic background.

By contrast, Trump is the only 2020 candidate whose top 5 donor groups don’t contain a single big data firm, but do contain employees of the United States Army and the Department of Defense. He’s also the only candidate whose top donor groups contain multiple branches of the military, the Army, Navy, and Air Force (Space Force still pending), but not a single college or FAANG tech monstrosity.

In contrast to the 2020 Dems, there isn’t a single law firm, but there are several manufacturing firms. Meanwhile not a single of the top 2020 Dems appears to have a manufacturing donor base.

The sharp contrast between Googlers and steelworkers, between professors and soldiers, draws a truer picture of the clash of cultures between the Democrats and Republicans, lefties and righties in America.

Bernie Sanders claimed that his campaign was grass roots because his average donation was $27. Bernie, a 1 percenter socialist who claims to advocate for the poor from one of his three homes, was under the impression that $27 was what poor people could donate to a political campaign.

The parts of the country are also more diverse with Milwaukee, San Antonio, Greensboro, Dallas, and Houston appearing on the list of Trump donor bases.

The 2020 election will come down to the question of whether six influential blue cities will be able to buy the election and dictate their politics to the country, whether the big tech firms and professors will be able to drown out the sailors and steelworkers, or whether the rest of the nation will be heard.

The dot coms and academics of San Francisco and Boston, the financial firms of New York and the lobbyists of Washington D.C. will pick the Democrat nominee. But will they pick the president?

Mueller Testimony Crashes with a Thud