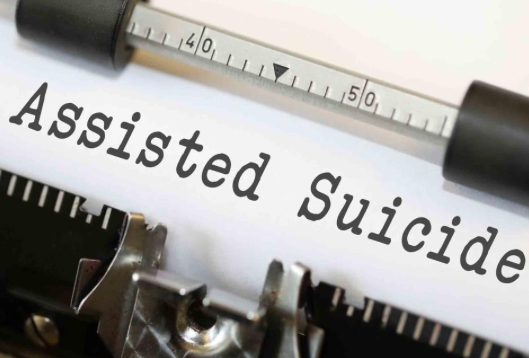 Assisted suicide means that an individual takes his/her life with the assistance of someone else, usually a physician who writes the prescription for a life-ending medication. Generally, individuals who take their own lives are terminally ill. Although often used interchangeably, assisted suicide and euthanasia are two different terms with two different processes. When a person is euthanized, another person takes the action to end the life of the individual.

Trying to determine how many individuals used assisted-suicide medication is difficult. For example, in 2018, Oregon’s Department of Health identified that physicians wrote about 249 prescriptions for assisted-suicide medications; however, only 168 patients who received prescriptions died. Whether or not these individuals died with the aid of the prescription medication or as a result of their terminal illness wasn’t clarified. Most states that reported information on assisted suicides, didn’t confirm how patients who had access to suicide-causing medications died.

The question whether or not assisted suicide should be legal is a tough one. Often individuals make the decision within the context of religious beliefs; however, because an individual identifies with a particular religion doesn’t mean that the individual believes all the religion’s doctrine.

As a general rule, Judaism prohibits suicide (including assisted suicide) and euthanasia. Judaism teaches individual’s bodies belong to God; consequently individuals don’t have the right to destroy those bodies. Each person’s life is sacred, created in God’s image. There is value to life regardless of an individual’s relative quality of life or usefulness.

Muslims believe that Allah gives and has authority over life. The Muslim’s Holy Book,  the Qur’an, prohibits an individual from destroying their own life, i.e., a terminally ill patients taking his/her own life. Muslims are expected to have faith which includes the virtues of patience and endurance to be able to face challenges of life.

The Catholic Diocese of Phoenix’s position on assisted suicide is that the Catholic church encourages compassionate care that alleviates suffering of those who are near death, At the same time, the church vigorously believes and teaches that immoral means (such as euthanasia or direct killing) may never be used to reduce suffering, even if they are used with apparently good intentions.

Protestant denominations take varied positions on assisted suicide. Rowan Williams, the Anglican Archbishop of Canterbury, averred that the Anglican Church is opposed to assisted suicide. Likewise, the Baptist church believes that assisted dying violates the sanctity of human life. In contrast, the United Church of Christ declared that hastened dying isn’t the Christian position, but the right to choose is a legitimate Christian decision. Generally, Methodists accept the individual’s freedom of conscience to determine the means and timing of death.

Atheists and agnostics disbelieve, or are not sure if, a higher power (God) exists. Most don’t believe in an afterlife. Many atheists/agnostics believe that it’s immoral to allow humans to suffer. They agree that life is precious. They also agree that it should be an individual’s choice when and how to die with dignity.

My faith is very important to me. I don’t believe in assisted suicide; but and this is a huge “but,”  I don’t want to live or die in agonizing pain. The good news is that pain management is a key component of Hospice health care services. Few, if any, patients enrolled in hospice care live with constant pain. Having a terminal illness no longer equates with dying in pain or dying without dignity. Hospice care can be prescribed for a terminally ill patient up to six months (and the six months are renewable) prior to death. Assisted suicide shouldn’t be controversial in United States 21stsociety. With quality hospice care, assisted suicide is unneeded.

Passing assisted-suicide laws and using assisted suicide medication is a multi-million-dollar industry in 21stcentury United States, Canada, Australia, and Europe. Because of the focus on this topic and because churches have declared their position on individuals taking their own life, churches and faith-based organizations need to provide mechanisms and alternatives to help patients and families where assisted suicide is being contemplated.

Michael Ingmire: The Politics of Race In America