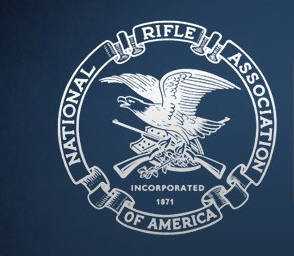 To Wayne LaPierre, the NRA, and NRA Members:

The NRA started and operated for years as an organization. They promoted marksmanship and our heritage of firearm ownership.  Out of necessity it morphed into an organization focusing on preserving our God-given and Constitutionally protected rights of self protection and gun ownership. It is safe to say that our rights of gun ownership have been strongly influenced by the NRA and its lobby.

My considered opinion is that the NRA can no longer survive as a “stand alone” organization with the 2nd Amendment as its one issue of concern.  The NRA is losing the battle of appearance and acceptance in the public’s eye.

NRA needs to forge strong alliances with as many Christian, pro-life, and pro-family groups as we can. Our focus needs to be on our Constitution in totality and not just part of the Bill of Rights.

Forming these alliances can help reshape our image and reveal the benefits of gun ownership. At the same time we can educate people within these groups as to the necessity of arms to a free populace. Rank and file membership of the NRA, as a whole, lacks a forum. But most of all, the hubris demonstrated by leadership makes change difficult.

There has been far too much abuse of power and privilege by NRA President Wayne LaPierre and his cabal. It is difficult for me to overstate the sense of betrayal, disgust and outrage that I now harbor towards these individuals.

I have been a life member of the NRA for over thirty years and I now hold a Patriot Benefactor Life membership. As a police officer making around $13,000 a year, with four children to feed, I had much to sacrifice to purchase a life membership. The sacrifices and payments were in good faith because I was supporting an honorable organization. Back then it was wisely using my money to support my 2nd Amendment Rights. It was also combating ignorance and corruption in Washington.

So it was shocking to hear that Oliver North had uncovered corruption and abuse by LaPierre and possibly others. A nation of gun owners–myself included–waited for the NRA to right the ship. Instead we have been subjected to the removal of Oliver North and now Chris Cox for apparently attempting to be good stewards.

Lt. Col. Allen West’s letter addressing the NRA is excellent and I am in agreement with him. Bottom line: the NRA will not survive until Wayne LaPierre and others are given the boot. We must also reorganize and restructure leadership.

Here are my 7 recommendations:

Board Member Ted Nugent said that NRA leadership might have been “a little more transparent”.  Ted is a master of understatement is seems. I would like to see transparency on several issues….not just finances. For example, why were certain politicians, such as Harry Reed, given an “A” or “B” rating in spite of objections by the rank and file membership? It is troubling to swallow the shallow excuse given by the NRA staff that “he voted for a shooting range”. If we have leadership that is willing to trade Senate control and Supreme Court Justices for a shooting range then we do indeed need different leadership. In view of these recent events this is the question I now have to ask:

Is there or has there been a “pay to play” scheme to give higher than deserved ratings to politicians in states where the NRA endorsement could sway an election?

NRA members deserve answers and corruption should not be swept under the proverbial rug. That means we need wise people we can trust in the role of leadership. Only then can we regain the unity and strength that we so desperately need in this time.

As it is, I can no longer support the NRA. Our lives as Christians are a testament only if we live the life.  People are swayed by seeing Christ in us–not merely by what we say. The government that we have enjoyed for generations has not been in place because our Founding Fathers had within themselves a special insight into governments and the hearts of men. I fervently believe our founders’ greatest achievement was they looked to God for the wisdom, understanding, and principles on which our Republic was built. I think this applies to us as members of the NRA as well.

We cannot abandon what is right and refuse to clean our house simply because we are afraid to reveal division. Presenting a facade is not the answer. If so we will have become false in our hearts and allow that which is rotten and hollow to replace what we should be standing for.

Therefore we need an emergency meeting of NRA members.

Anyone who has been involved with the misuse of funds and obfuscation of facts and evidence should step down. This might need to be done at the state level first to show solidarity and resolve but it needs to be done quickly.

We should also prosecute any who has broken laws. I suspect that there are several staff and board members who are afraid of the light which transparency might bring.

Only by showing the world that we will stand behind that which is right can we regain the respect and influence that our organization once wielded.

This is truly a time when we need “all hands on deck” or this ship is going to sink–and it appears that she is taking on water pretty quickly right now.

Running On a Platform of Supporting More Crime

Daniel Greenfield: The Muslim Plot to Bomb a Black Church the Media Won't Talk About