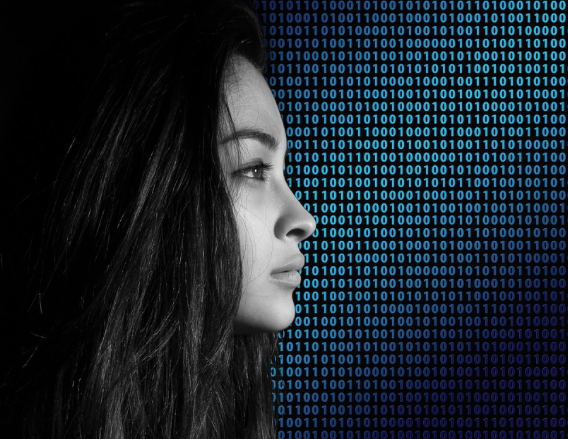 Technology has ingrained itself into every facet of our modern lives. Virtually every service ranging from the financial industry to critical infrastructure to entertainment, shopping and even the food we rely on for sustenance has some indispensable connection to the digital world.

When considering the fact that statistics among the over 215 million online shoppers in Americais mostly evenly split between the sexes, it may come to your surprise that a major disparity exists within the workforce minding the digital store, not to mention so many other important and unimportant features of today’s world.

According to a report titled “Agents of Change: Women in the Information Security Profession,” prepared by research firm Frost and Sullivan in 2013, women at the time made up 11 percent of the global cybersecurity workforce.

In the years since, although some research firms and experts are split on whether the percentage of women holding jobs ranging from entry level IT work to functioning as a CISO (Chief Information Security Officers), is still as low as 15% to as high as over 20%, both ends of the perceived gap spectrum are as unacceptable as they are surprising.

Surprising why? For one, according to the website Payscale, the average salary for an IT Professional is $66,940. The low end of that scale is over 41k annually, so the question remains, why aren’t more women entering the tech sector?

One possibility is exposure. For a couple of years now, the US has been estimated to be suffering a 300,000-worker shortage in the cyber security sector. With tech talent in such high demand, there isn’t enough skilled labor available to actively concentrate on education and industry advocacy.

The 300k figure has been cited by many, including former White House Cybersecurity Coordinator Rob Joyce in 2017. Joyce himself would his position eliminated in 2018 as part of the misguided, less is more approach to cybersecurity of National Security Advisor John Bolton. Bolton was also said to be connected directly to the dismissal of Joyce’s boss, former White House Homeland Security Adviser Tom Bossert.

Despite these adversities, there is a small, yet growing number of nonprofit groups and private companies seeking to actively promote new training programs and alternative education methods, including apprenticeships, to get younger girls involved in information security. They include groups like goodgirlswritecode.org and girlswhocode.com. News also came last year that the national Girl Scouts organization had plans to add a merit badge in cybersecurity.

At last week’s gathering hosted by the Information Systems Security Association of Los Angeles (ISSA-LA), a group looking to help women of all ages and education levels educate themselves in cybersecurity via technical training and workshops was among the international contingency of senior level professionals and industry vendors.

The Women’s Society of CyberJutsu, a non-profit founded in 2012 by Lisa Jiggetts, offers cybersecurity training opportunities for middle schoolers all the way through post-graduate level students.

When asked why she thought there was such a notable lack of women in cybersecurity fields, Jiggetts said, “There are a lot of reasons there’s a lack of women in security. For one, women don’t see security as a potential career path, which is even more disturbing when looking at our young ladies that are a pipeline into this field. There are many misconceptions and stereotypes such as it being a guy’s thing or needing to know how to code, which falls under the general issue of the lack of awareness of what this field really entails. Then you have unconscious bias and gender bias, whether intentional or not; salary gaps, unfriendly workplace, and lack of inclusiveness at the management/C-level ranks.“

In terms of addressing the current shortage of cybersecurity professionals in general, Jiggetts said, “I think apprenticeship programs would be great in getting skilled and qualified folks in a role quickly as there’d be a focused pathway for one to follow. I’m also fond of the Scholarship for Service (SFS) model the government has where they pay for your schooling and in return you have to work in the government equal to the cost of the tuition. I like this model because many don’t have the opportunity or funds to pay for training and then get a job as an entry-level hire. “

With hacking for profit continuing to proliferate internationally, as was in the case of the recently taken down multinational crime syndicate known as the GozNym malware operation, it really is time to call all hands on deck into a future in the cybersecurity industry.

Who's Afraid of Impeachment Anyway?