Andy Imtiaz is a Pakistani-American and a proud Muslim. Imtiaz is running for a seat in Florida’s state legislature. His party is Democrat and his politics are far left.  His Twitter feed is dominated by the slogan: “America runs on hate”:

Waooo IS IT NOT TRUE THAT AMERICA RUNS ON HATE AND GOES TO WAR AROUND THE WORLD AND AMERICANS ARE UNEDUCATED ABOUT WORLD’S POLITICS??????
We need peace and unity!!!!!!war and arms sales don’t bring peace. It promotes HATE.
Google it if you guys have doubts. https://t.co/GARe9eOWri 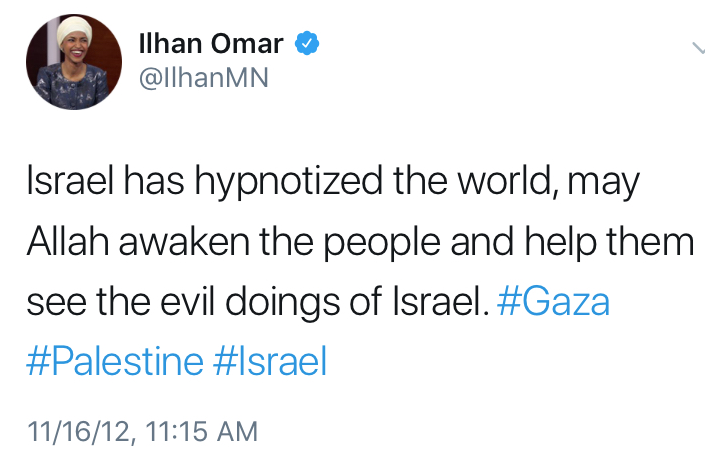 Ilhan Omar from Minnesota and Rashida Tlaib from Michigan are the first two Muslim women in the United States Congress. They call themselves democratic socialists.  They regularly make anti-semitic pronouncements mostly directed against the state of Israel, the only Jewish state in the world and America’s most trusted ally in the Middle East.

More than 500 Muslims are expected to run in 2020 for federal, state and local office. Deedra Abboud who ran and lost for U.S. Senate in Arizona last year was just elected State Vice Chair for the Democrat Party there.

Nearly all the Muslim candidates on the ballot so far this year are left leaning Democrats who want to change America in fundamental and far-reaching ways. We see it especially in their all-out attack on our capitalist economic system.

Now before your Islamophobia alarms go off, please know I have nothing against Islam as a “religious” category at all. What I am concerned about is their political identity.  At least in Islam’s sacred literature there is no apparent tradition of democratic values and no particular universal commitment to individual freedom.

Therefore, the idea of a big government that controls many areas of life and commerce does not necessarily conflict with their sense of personal dignity. For most, it’s acceptable to replace large parts of our free-market economic system with government run socialist bureaucracies. Practicality with respect to effectiveness is a remote consideration. Liberty receives barely any consideration at all.

And here’s another thing I worry about. I worry that we’re in desperate danger of forgetting there are a great many Muslims around the world who would very much like to see America destroyed.

I’m well aware the overwhelming majority of Muslims want to live, work, and raise their families in peace. According to Gallup polls, 93% of Muslims could be called “moderate.”  They’re peaceable, nonviolent, and while religious, their predispositions pose no threat to western societies.

But what about the 7 to 10 percent of Muslims who can’t be classified as “moderates?” What about those who support anti-American terrorism, believe it’s fully justified, and are sympathetic to Islamic extremists.  Out of approximately 1.6 billion Muslims in the world today roughly 7% or so are ripe for radicalization — about 140 million people.

It’s no small number. Even by the most conservative estimates, roughly 140 million Muslims believe the 9/11 attacks were ‘completely’ justified and view the United States unfavorably.  These so-called “radicalized” Muslims support Islamic State’s violence, view Al Qaeda favorably, and believe suicide bombings are a legitimate means of dissent.  And many Muslims who otherwise aren’t considered radical still believe Sharia law should be the supreme law of their own countries and the law among Muslims in western countries — in most Muslim majority countries more than 70% believe Sharia should be law.

I’m not saying all 140 million of those considered extreme are necessarily violent. But there’s no question this is the group from which radical jihadists, suicide bombers, and terrorists are recruited.  It’s where those who are violent get their financial and material support. It’s the Muslims who believe gays should be thrown from the tops of buildings, children should be put to death for violating Sharia, and women are rightfully the property of their husbands.

But radicalization is not just confined to other corners of the world. It could become a big problem right here in the U.S. There are 3.5 million Muslims in the United States.  According to Gallup, 13% said violence against civilians can be justified; 19% said they had a favorable or undecided view of Al Qaeda. That’s potentially 700,000 Americans who could be ripe for radicalization.

Immigration and asylum policies by Obama and Biden contributed to this problem. Under the guise of humanitarianism, tens of thousands of Muslims immigrated to the U.S.  There was very little vetting and, in the case of resettled asylum seekers, very few were ever asked if they even wanted to become Americans.

Most Muslims in America who identify with the radical left aren’t interested in the violent overthrow of our institutions.  But they can burrow in, suck up our wealth, and undermine our values.  If enough Muslims like Ilhan Omar and Rashida Tlaib get elected to public office, they can drive the politically correct and ideological left to destroy our defenses, weaken our economy, make anti-semitism acceptable, and damage our freedom.

Look, I’m not saying one has to be a Jew or a Christian to be an American.  Far from it.  The beauty of America is that we all join in this amazing system that guarantees birth is not destiny and all things are possible with thoughtful planning, hard work and mutual respect.  Christian, Jew, Muslim, Hindu, Buddhist, Sikh, it matters not.

But you cannot be true to the American ideal if you believe government control is better than individual freedom, or women are second class citizens, or gays should be executed, or the death sentence is suitable for anyone who offends your prophet.

Muslims who want to preserve, protect, and defend our Constitution should be welcomed.  Those who want to betray it, or exchange liberty for compulsion, or promote intolerance and hatred based on lifestyle or religion, or want “planned” economies rather than free markets should be opposed with all our energy by both word and vote.