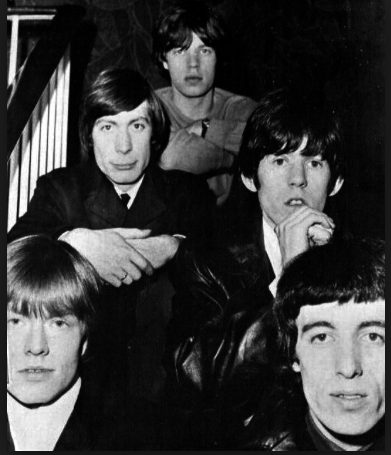 “Take me to the station

And put me on the train

I got no expectations

To pass through here Again”

As a musician and as a fan, I have appreciated the Rolling Stones since childhood.  With the recent health scare for Mick Jagger, I felt it was time to place ink to paper about my love for the Stones, especially from an American musician’s point of view.  After writing obituaries for B.B King, Prince, Allen Toussaint and Gregg Allman, among others, I did not want to wait for a death to write a tribute to the Rolling Stones.

I remember the first album I heard of the Stones was the English version of the album simply titled, “The Rolling Stones.”  It belonged to a friend of my brother, George.  This was not safe music, it was quite a bit darker than the Beatles.  It sounded like the Stones would not be satisfied in just holding your hand.  At 8, I was too young to understand the sexuality of the music, but old enough to get the impulse of it.

People of my generation used to stare at album covers like they were some ancient text. I do not get the same satisfaction from looking at CD covers.  At the age of eight, I was a junior historian.  Looking at the song credits on this first Stones album I saw unfamiliar names such as Willie Dixon, Elias McDaniel (Bo Diddley), Jimmy Reed, James Moore (Slim Harpo), and on other early Stones records, McKinley Morganfield (Muddy Waters) and Chuck Berry.

Flash forward to a quick trip to the local library.  The local librarian was hip, rather pretty and almost bohemian in her approach to life. She explained to me that the names I was seeing on these Rolling Stones albums were American Blues and R&B musicians. She suggested that I check out the book by British Blues historian Paul Oliver, titled “The Story of the Blues.” By the time I hit my mid-teens, that book had become like a musician bible to me.

So here is the sweet irony, it took five skinny British guys (Six including Ian Stewart) named the Rolling Stones to turn America back on to its own music.  That is their most direct influence on me as a music fan and later on as a musician.  That to me was the first and the greatest contribution by the Rolling Stones to America. There were other members of the British Invasion as time went on, but the Stones gave me my first Blues injection. It is no big surprise that they got the inspiration for their name from the great Muddy Waters Song, “Rollin’ Stone.”

Along with the Blues, the Stones also drank deeply from the springs of both Southern Soul, as in Otis Redding and Solomon Burke, and Motown, as in Marvin Gaye.  The great Soul singer and songwriter, Bobby Womack, was irritated that the song he wrote in the band he had with his brothers and friends, The Valentinos, had been covered by the Stones.  The song was “It’s All Over Now.”  He was angry until he got that first royalty check and as Womack said he  “saw all those zeros.”

The Rolling Stones have always been honest about where they got their inspiration from.  Because of the Stones names like Muddy Waters, Elmore James, Bo Diddley, Little Walter, Chuck Berry, Jimmy Reed Solomon Burke and Howlin’ Wolf, among many, ended up becoming part of my DNA, like rings in a tree.

Actually the first time I heard the music of Howlin’ Wolf was when the Rolling Stones brought him on as their guest to the Jack Good produced show, “Shindig.”  That was on May 20thof 1965.  Many thousands of Americans heard the Wolf howl that night.  Wolf’s performance was my first dose of the real thing.  Howlin’ Wolf remains my favorite Bluesman.

The Stones, as a band and individually, have appeared live with or recorded with artists like Muddy Waters, Stevie Wonder, Peter Tosh, Aretha Franklin, Howlin’ Wolf, Johnny Johnson, Chuck Berry, Solomon Burke, and B.B. King, among many.  When the innovative Blues Guitarist Hubert Sumlin passed a few years back, Mick and Keith paid for his funeral.  They earned great seats in Blues Heaven for that and many other moments of quiet generosity on their part.

Sadly, original guitarist and founder of The Rolling Stones, Brian Jones, is better remembered more for his early, tragic death than for the many innovative instrumental contributions that he gave to the band.  With Jones adding color with many instruments such as the Sitar, Recorder, Dulcimer, among several. Jones added musical coloration to the Stones by adding elements of music as varied as Moroccan trance music to Appalachian mountain touches. Again, tragically, Brian Jones has been labeled mistakenly as the “Founder of the 27 Club.”  Historically speaking, that dubious honor belongs to the Delta Bluesman, Robert Johnson.

I saw three tours of the Stones, 1972, 1975 and 1978.  Out of the three, the 1972 show was the most exciting.  Obviously, it was the first show I saw of the Stones and it was stunning. First, a young Stevie Wonder opened, playing a  brand of new Funk with songs like “Superstition.”  As their seminal album, “Exile On Main Street,” had been recently released they were drawing heavily off of that album.  I was incredibly impressed with Brian Jones’ replacement, the impeccable Mick Taylor, on lead and slide guitar.  With their two man horn section of Bobby Keys and Jim Price, the Rolling Stones sounded like a Memphis Soul freight train.

So much is made of Mick Jagger as a showman and figure of our popular culture that we ignore his less obvious talents.  Jagger is a great harmonica player with a great tone and unique phrasing.  His rhythm guitar playing is spot on and he occasionally plays impressive slide guitar.  He also plays more than adequate piano and drums.  He is also a very apt writer of both lyrics and melodies for many songs in the Stones catalogue.

For many years, Keith Richard’s reputation as a “bad boy” of Rock and Roll hid the fact that he has been the heart of the Stones since their beginning.  To the point, Keith Richards is a romantic man who has written some of the great Stones ballads such as “You Got the Silver,” as well as evocative rockers such as “Gimme Shelter.” His open tuned,  five string guitar style is an innovative expansion of the open tunings of the great Delta Bluesman.

For the uninitiated, an open tuning on a guitar is tuning the strings so that the guitar has a resonant chord, when striking the strings, without any fingers initially placed on the guitar fretboard.

Keith’s work with fellow guitarist Ronnie Wood erases the differences between lead and rhythm guitar. Ronnie Wood is also one of the music world’s most distinctive slide players.  Lastly, along with a great horn section and back-up singers, the Musical Director of the current Rolling Stones is Allman Brothers alumni, keyboardist, Chuck Leavell.

Considering the Stone’s early Blues roots, I found it heartening that their 2018 Grammy Award winning album, “Blue and Lonesome,” was a return to the songs of Blues legends like Howlin’ Wolf and Little Walter.

Despite their long musical history the Rolling Stones remain England’s connection to the best music that America has to offer.  I remain a fan and they remain an inspiration against the premise that Rock and Roll belongs only to the young.

Will Censure Be Pelosi’s Face-Saving Ambush On Republicans?