The 2020 campaign is shaping up to be one of the most hotly contested elections in American history. Donald Trump’s unexpected win in 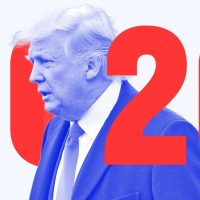 2016 shocked the political establishment. As more well-known Republican challengers fell by the wayside during the primaries, Democrats confidently asserted that Clinton would easily trounce Trump in the general election. However, one variable was completely ignored by almost all those involved: the American people. When election time came, those people defied all predictions and elected Donald Trump as President.

Fast forward to the 2020 Presidential campaign. With a field of over 20 restless and agitated candidates, the Democrats are trying to use their ancient tried and true playbook to win, by tapping into the usual race card. However the Democrats are once again forgetting the same variable that lost them the 2016 election–the American people.

President Trump has admittedly decided to use his own strategy. According to TIME, “The key is making Trump’s instinct for America’s sore spots the engine of a political machine designed to inflame supporters.”

Trump loves a firestorm. He is on social media using Twitter to engage his opposition and the American people. Whether it can be divisive or provoking, nothing motivates people to take notice than a controversy. His campaign gains interest, engages his audience and voter contact, data accumulates, and a new voter is born.

Running a campaign that actually involves your opponents and your supporters is a strategy that has not been done before.

“Never before has an incumbent President run a campaign this way. It is a strategy built for the new partisan era,” says Princeton University presidential historian Julian Zelizer. “Candidates are always doing things to turn out their supporters. What has not been tested, at least in modern times, is a strategy in which all the rhetoric and all the policy are just tailored around the turnout crowd and there is no effort to go beyond it.”

President Trump has previously broken all the rules of American politics. He is also working on a much-needed remodeling of the humdrum Republican Party and he has taken the “fake news” and daily gossip cycle hostage.

If recent rallies are any indication, enthusiasm is definitely on President Trump’s side. Events held in the past few months have been filled to capacity with overflow areas set up to accommodate more people. Many times, such as at Trump’s May 2019 Rally in Grand Rapids, MI. and another in Panama City, Florida, attendees arrive up to 12 hours early, gleefully waiting in all types of weather conditions. When comparing this to past and present Democrat rallies, the lack of enthusiasm is evident.

Obama’s 2012 kick off rally had 14,000 people, while there were over 20,000 for Trump’s Orlando event. And attendance numbers at Trump Campaign events are not all show and no go. Money has been pouring into the campaign coffers hand over fist.

After the kickoff rally in Orlando, a record breaking $25 million was donated in 24 hours, far outpacing the top 5 Democrats combined!

Despite negative news stories and constant attacks by Democrats, the American voter seems to be excited by the #MAGA President Trump. This excitement has translated into high energy events attended by many thousands of Americans. It has also meant millions of dollars into Trump’s 2020 campaign bank accounts. While there is no way of knowing for sure what will happen during the next election cycle, 2019 and 2020 will surely see the enthusiasm for President Trump increase at a steady clip.