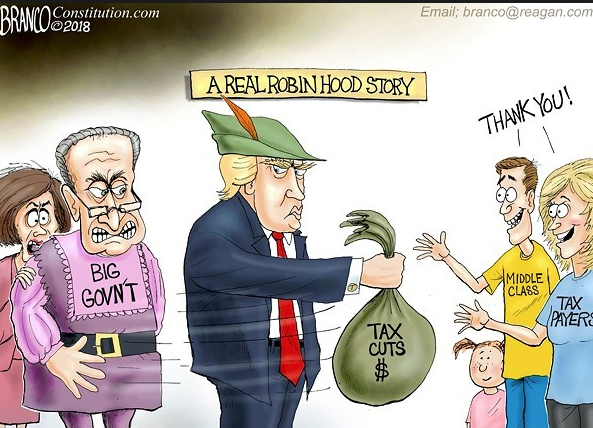 Progressive policies pretty much always result in the same thing:  the poor stay poor, the middle class gets poorer, and the rich stay rich — even if a little less so.

It reminds me of something Margaret Thatcher said 23 years ago of liberals, “They would rather the poor were poorer, provided that the rich were less rich.”  Thatcher’s comment is as true today as it was then.

Isn’t it interesting that despite the reliable failure of progressive policies, they continue their dogged advocacy of doubling down?

It’s even more mystifying given that so many progressive Democrats are indeed themselves rich elites.  If you’re rich, why push an agenda designed to make yourself “a little less rich?”

Some blame it on liberal guilt. Others claim it’s do-gooderism. But if either of these motives are true, then why push policies that impoverish everyone else?  Neither guilt nor good intentions can possibly be satisfied by hurting others.

I have a different explanation.  To me it looks like it’s all a grab for political power.

I say that first because a recurring historical pattern shows elites of nearly any ideological stripe – whether monied or intellectual – tend to desire control over their neighbors. In fact, it seems power over others is one of those common maladies of the human heart that mobilizes and motivates every bit as much as lust or greed.

In addition, however, to what seems a consistent flaw of human character throughout history, today’s elites are even more resolute than those in past eons.  Or maybe it seems so because there’s just so many more of them, and so many that are such zealots for ideological conformity.

In fact, the one attribute liberals absolutely cannot tolerant is any hint of tolerance for diversity of opinion. Despite their professed commitment to scientific humanism; any such devotion abruptly disappears in the face of scientific evidence or rational argument against their ideological preferences.

Any speech that diverges from their own narrow perspective isn’t just hateful, it’s  violent.

That sort of attitude inevitably results in all manner of authoritarian rule-making.  Especially when that rule making seeks to penalize those perceived with the power progressives so desperately crave.  And even when the means to achieve progressive ends requires the poor and powerless to become more so.

$60 trillion to implement a Green New Deal that will upend our economy and put millions in the middle class out of work without really doing much to impact global climate change?  A small price when weighed against the goal of taming America’s business sector.

Progressives’ refusal to consider any reforms to an immigration fiasco that’s resulted in an absolute crisis on our southern border and unnecessary hardship and even death of poor migrants? Well if that’s what it takes to make Trump look like a racist, then so be it.

Here’s the problem, progressives truly believe they are smarter, more urbane, more reasonable, and far better informed than the rest of us.  And since they’re convinced that’s true, then it only makes sense they must work for policies that hurt us because ultimately only they can truly help us.

They would find abhorrent the charge they’re working to gain power for power’s sake.  Absolutely not true they’d exclaim.  Rather they’d suggest we can only really benefit from their superiority if we’re totally beholden to them for food, health, housing, employment, electricity, and transportation.  Only then, can we experience the utopia they seek to impose.  And, after all, it’s for your own good.

The reason right and left can no longer work together – or even work near each other for that matter – is because of a fundamental difference in world view.  Progressives believe they are the only ones who should make decisions about your life.  Therefore all your money should come to the government they control so they can properly apportion it for your good.

The world view of conservatives – at least when conservatives are faithful to conservative thinking – believes the product of your labor, time, intellect, and investment belongs solely to you.  If you’re smart enough to earn it, then you’re smart enough to decide how you want to use it.  The government exists only to supply those services you cannot:  military, civil, security, etc…. The safety net should only exist to catch those who are unsafe.

You also see the worldview distinction in their respective approaches to the 2020 presidential campaign. Billionaire elitist Tom Steyer is putting 300 million dollars out of his own pocket to impeach the president. Progressives in Congress are likewise rolling the dice on any strategy that seeks to embarrass President Trump and tarnish his presidency.

And it’s not just his character they’re after.  Nearly every Democrat running for president has given notice that their first act as president will be to repeal President Trump’s tax cuts.  They suggest in doing so the rich will be less rich – never mind such repeal will also undermine an economy that’s created more jobs for the poor than at any time in our nation’s history.

I’d add to Margaret Thatcher’s very keen insight: progressives are perfectly happy making the poor poorer so long as the rich get a little less rich and progressives gain a lot more powerful…