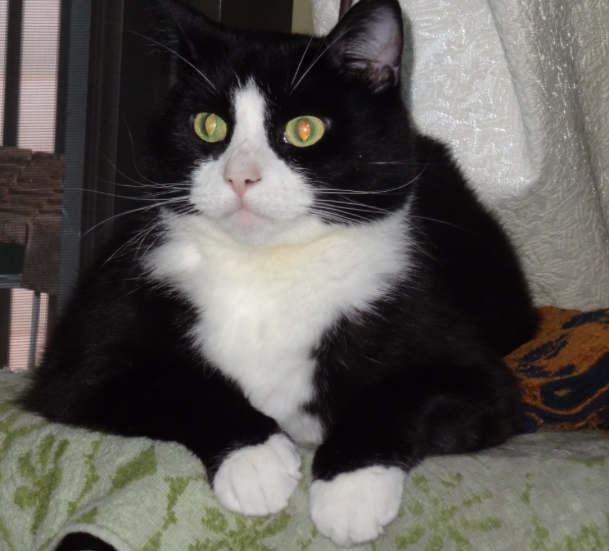 It is hard for this writer to believe that there are some people who are Christians who do not believe that we have a responsibility to the animals that we share this world with. There are even Christians who do not think there will be animals in Heaven and that only humans and angels will be inhabitants along with God the Father, Son and Holy Spirit. This is contrary to scripture as God put animals first on this Earth for a purpose. A pastor friend, Thomas McCracken, in a recent Sunday message inspired my thinking when he stated two reasons for our having animals, especially pets. First for something to care for and second for companionship. 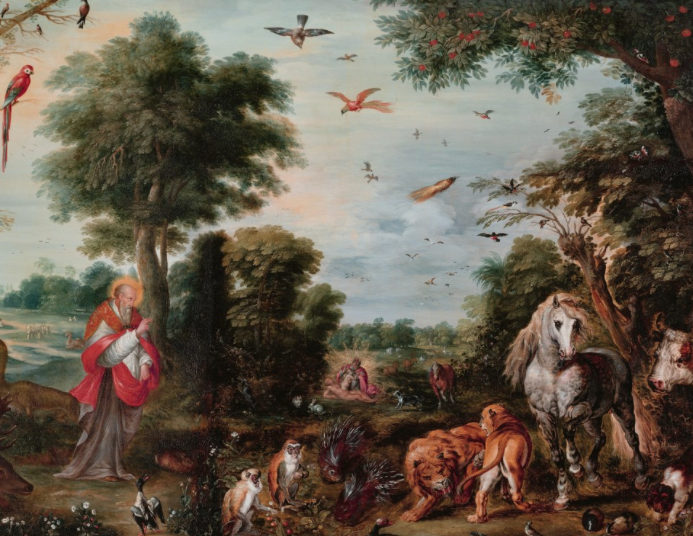 All through the Bible animals are considered as having an important purpose from the giant fish that swallowed Jonah to the colt Jesus Christ rode into Jerusalem. Animals are first brought to our attention in Genesis 1:21 “So God created the great creatures of the sea and every living thing with which the water teems and moves about in it, according to their kinds, and every winged bird according to its kind. And God saw that it as good.” Genesis 1:30 goes further “ All the beasts of the earth and all the birds of the sky and all the creatures that move along the ground-everything that has a breath of life in it-I give every green plant for food.”

Animals were here before the first man and woman and one of the first jobs given Adam was to name the animals. Very likely because we like to personalize things he did more than give a title to each. There were likely names that would in the future become familiar. It is also very possible man and beast were able to communicate in a common language. Eve did not seem to be in the least surprised when the serpent talked to her, something that today would have caused most of us to run half way across the Garden of Eden. I would not be surprised should animals in Heaven be able to communicate with us language wise. Oh yes, the scriptures do tell us there will be animals in Heaven.

Isaiah in his vision of Heaven 11:5-9 assures us of this. “… In that day the wolf and the lamb will live together; the leopard will lie down with the baby goat. The calf and the yearling will be safe with the lion, and a little child will lead them all. The cow will graze with the bear. The cub and the calf will lie down together. The lion will eat hay like a cow. The baby will play safely near the hole of a cobra. Yes, a little child will put its hand in a nest of deadly snakes without harm. Nothing will hurt or destroy in all my holy mountain, for as the waters fill the sea, so the earth will be filled with people who know the Lord.” Pretty graphic description. 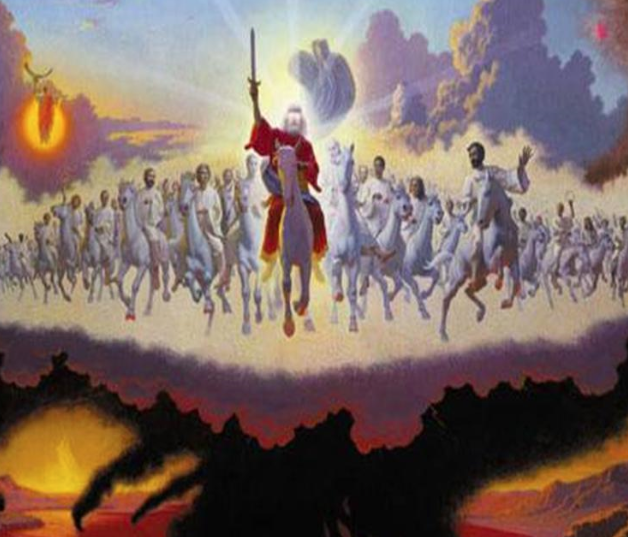 Revelation 19: 11-14 goes further as John writes “Then I saw Heaven open, and a white horse was standing there…The armies of Heaven, dressed in the finest of pure white then followed Him (Jesus) on white horses.” One could claim that the first cowboy heroes are described in the Bible. Jesus on a white horse conjures up the image of stories we have loved about the old Western frontier.

It also makes one wonder if animals once considered wild may be like our pets if desired. (Something like Edgar Rice Burroughs describing Tarzan as having lions, elephants and apes as friends.) Speaking of pets this writer agrees with Heaven scholars Randy Alcorn and Dr. Billy Graham that our pets will very likely be with us in Heaven. Because that which was good for us on Earth may be with us in Heaven. There are many who hope so hence the popularity of the “rainbow bridge’” Imagine what we might hear those former pets say to us in a language we can understand.

We do know that from the companionship side animals have been used for therapy for people. There have been numerous stories about homes for the elderly encouraging dogs and cats to be around people because of the emotional support that is given by a fur baby. Hospitals have been opening up for this sort of thing though that is nothing new. We recall years ago pictures of cowboy star Roy Rogers visiting children’s wards and being permitted to take Trigger with him. Today that would be called equine therapy and there are now a growing number of horse ranches that provide that very service. Emotional support is deemed as important as physical.

Now to the political part. Many of you readers like me have watched the heart rending advertisements on television about animals in need of a home. Pictures of starved and wounded looking dogs and cats that eat your heart out. Generally this involves requests for funding worthy rescue efforts including animal adoption and draws us to wanting to contribute. However we too often neglect local needs for the national programs.

Many communities have rescue centers that keep animals needing adoption and from being sent to a kill shelter where they would be exterminated. If there is no such place in your community then there needs to be a movement within your local government to get one started. This would be the best use of donations for animal welfare and to meet a God-given responsibility.