Nearly 150 years after electricity came to South Africa, the country is in the dark. The blackouts can strike at any time and then lights, hot water and even major industries vanish into the darkness. 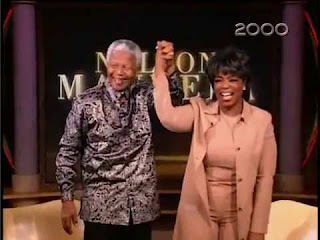 Storing perishable food in the fridge has become a gamble. The meat you buy today may be inedible tomorrow if the rolling blackout arrives and lasts long enough to destroy all the food you cooked.

With rolling blackouts that can last for as long as twelve hours, South Africans have grown used to eating by candlelight and heating water the old-fashioned way. Those who can afford it have been stocking up on generators. But the demand is so high that it can take a month to even obtain a generator.

It’s not just homes and small businesses. Factories and mines are struggling to maintain the country’s industrial base when power can vanish for the entire workday. Traffic lights run off the same power grid and when it goes into ‘load-shedding’ mode, the roads become a snarled maze of honking cars.

South Africa is out of power. The load-shedding blackouts are a last-ditch effort to avert a national blackout that will send the entire country spiraling into a deeper and more enduring darkness.

At the center of the disaster is Eskom: South Africa’s state-owned power company. The socialist relic has had many scandals over the years, but its dysfunction reached epic proportions under the ANC. The African National Congress still carries a mythical luster in the United States due to the Mandela name, but it has thoroughly alienated both the country’s white population and its black middle class.

Key figures in the ANC, including Nelson Mandela, were members of South Africa’s Communist party. And under ANC rule, Eskom, the largest state-owned enterprise in South Africa, suffered massive thefts. Earlier this year, a government investigations unit tried to track down $9.6 billion in stolen Eskom funds.

And that may only be the tip of a melting iceberg.

With elections coming up, the blackouts are politically inconvenient to the government, and the opposition Democracy Alliance is accusing the ruling ANC of blowing through a secret diesel budget to keep the system up and running until the elections are over. And then the real blackouts will begin.

Eskom meanwhile is dominated by the Union of Metalworkers which has its own political movement, the Socialist Revolutionary Workers’ Party, founded due to ANC proposals to break up Eskom. The SRWP is a Marxist-Leninist movement whose manifesto calls for abolishing private property ownership.

“We will nationalize the land and place it under the control of a worker state,” its national chair, Comrade Irwin Jim, the general secretary of the Union of Metalworkers, declared. “Under a Socialist government, no one will own land, therefore allowing for the worker-controlled state to decide how land is allocated, farmed and used.”

Considering how well South Africa has done with state and worker control over electricity, giving the SRWP control over all the land would lead to famine and the deaths of millions.

But when it isn’t calling for a Marxist dictatorship, the SRWP is fighting the privatization of Eskom.

South Africa’s power supply is in the hands of Marxists who are fighting the more moderate Marxists. The SRWP doesn’t care if Eskom’s debts bankrupt South Africa or its blackouts leave the country in the dark. The ANC knows that it if it doesn’t find a way to keep the power on, it will lose the middle class.

The Marxist SRWP is fighting to maintain Eskom’s failing coal plants while the ANC has proposed bringing in private companies to supply renewable energy. The power struggle puts South Africa in the unique position of being the only country where the Left is fighting against solar and wind power.

That’s because the comrades of the Union of Metalworkers fear losing control if solar power comes in.

The ANC tried to cope with power problems by building two huge coal plants. Medupi and Kusile instead became hugely expensive boondoggles that continually break down because of overuse, staff incompetence and poor planning. Eskom’s engineers and brass were unqualified ANC cronies brought in through affirmative action, and were incapable of managing a project of this scale. The power plants that were meant to provide for South Africa’s future are rated as being only 40% reliable.

While the SRWP is calling for massive investments in Eskom, there’s no more money left. A $5 billion bailout hasn’t helped. The only remaining hope for the failing socialist utility is huge loan from China. While the socialists blame each other for the blackout, others are turning to the free market.

2016 didn’t just usher in political revolutions in the United States and the United Kingdom.

That was also the year that the ANC lost Johannesburg. Mayor Herman Mashaba, the Democracy Alliance candidate, is a successful entrepreneur and former chair of the Free Market Foundation. And he’s had enough of Eskom. The libertarian politician announced that he’s going to protect the city from the socialist blackouts by striking a deal with the independent power producers whom Eskom hates.

The Democracy Alliance’s victory in Johannesburg highlighted the ANC’s collapse among both the white and black middle class. Americans tend to see Mandela’s triumph as a victory against racism. But apartheid was already collapsing. The ANC’s victory put former Communists in charge of the country.

The blackouts, the corruption, thievery and even murder are the inevitable outcome of that disaster.

If the Democracy Alliance wins over the middle class, the ANC will be reduced to fighting for welfare votes against more radical movements like the SRWP and Malema’s Economic Freedom Fighters by implementing portions of their program of nationalization, redistribution and socialist terror.

And that will transform South Africa into a war zone or another Zimbabwe.

South Africa is losing billions to the blackouts as factories, mines and businesses shut down. Eskom was always a time bomb. It existed to produce artificially cheap electricity. State-owned utilities are a popular socialist gimmick. They’re so popular that Senator Bernie Sanders ran on a similar pledge.

In the seventies, the program of America’s future socialist celebrity politician was ominously similar to that of the SRWP. “The oil industry, and the entire energy industry, should be owned by the public and used for the public good,” he proposed in 1973.

In 1976, he suggested seizing Vermont’s private electric companies, claiming that it would result in cheaper rates and revenues that the government could then spend on social welfare.

“I favor the public ownership of utilities, banks and major industries,” he stated in an interview.

South Africa’s rolling blackouts, families forced to turn to kerosene lamps, to firewood, and to generators is a graphic demonstration of what Bernie’s power play would have done to America.

Socialism in South Africa means being unable to store food in your fridge. It means eating dinner in the dark and finding your way around your building by using the light on your smart phone. It means that your business may need to shut down because there will be no power and no customers.

Like the ANC, socialism promises everything and instead takes everything leaving you in the dark. Socialism doesn’t work. Like South Africa’s power plants, it’s only a matter of time until it breaks down.

The Problem of Radicalized Muslims in American Politics

Stuart Kaufman: Getting 'Left of Bang'