A few years ago, the University of Oregon paid Ta-Nehisi Coates a thousand dollars a minute to speak at its campus. After 40 minutes, Coates left the stage a half hour early and didn’t take any questions. 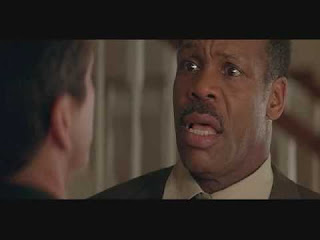 This week, Coates will be speaking, presumably for free, at a House hearing on slavery reparations in the Rayburn Building in Washington D.C. As the author of The Case for Reparations, the wealthy racialist author will presumably be speaking in favor of taking money from Americans to give to, well, him.

The hearing, formally titled, H.R. 40 and the Path to Restorative Justice, references Rep. Sheila Jackson Lee’s bill calling for a commission to study a proposal to pay compensation to the descendants of slaves.

“I stand here as a freed slave,” Rep. Jackson Lee had once declared on the House floor.

Rep. Sheila Jackson Lee’s annual salary, funded by taxpayers, is $174,000. Her husband, Elwyn C. Lee, is the Vice President for Community Relations at the University of Houston where he earns $239,501. The median salary at the University of Houston is $60,000. Lee sponsored or co-sponsored bills that sent $5.25 million to her husband’s employer in just two years. If anyone deserves reparations, it’s taxpayers.

Both Sheila Jackson Lee and Elwyn Lee are Yale graduates. Her son is a Harvard grad.

H.R. 40 was the obsession of former Rep. John Conyers. Unlike most of the reparations supporters who will be showing up on Wednesday at the Rayburn Building, Conyers had paid out reparations.

The recipient of the $27,000 in reparations was a female employee whom he had sexually harassed.

Taxpayers however received no reparations from the Conyers clan when Monica, John’s wife and a Detroit councilwoman, was sent to prison for taking bribes on a $47 million sludge hauling contract vote.

Anyone who stops by the Rayburn Building on June 19th, either for Small Businesses in the Cannabis Industry hearing or the slavery reparations hearing, will have the pleasure of listening to Lee and to Coates, who in 2016 had bought a luxurious landmarked brownstone in Brooklyn for $2.1 million.

The home, with its chef’s kitchen, wedding cake moldings, tin ceiling, terrace, garden, and carved woodwork, was paid for with the proceeds of Coates’ work of accusing America of institutional racism.

Those proceeds include the $625,000 McArthur grant that Coates received for, among other screeds, The Case for Reparations and Between the World and Me, a hateful text in which he claimed that the firefighters who died on September 11 “were not human to me.” The day before he ducked out of the $41,500 University of Oregon speech, he was paid $30,000 for a speech at Oregon State University.

The FDNY firefighters who climbed 100 stories on September 11 only to be deemed less than human by Coates, had a starting salary of under $40,000, risking their lives for less than Coates got paid an hour.

What then is the sources of Ta-Nehisi Coates’ known and quantifiable privileges, of turning down a New York Times column while getting paid by The Atlantic to blog about comic books?

How does the underprivileged Coates get to be a visiting professor at MIT despite not having a degree?

Is it any wonder that his tortured soul cries out for a more successful source of reparations?

Ta-Nehisi Coates is a success story whose topic is his own oppression. And now he will lecture the rest of the country about their compelling responsibility to subsidize his vast reserves of unearned privilege.

Luxurious homes don’t buy themselves. It takes gullibly guilty idiots to buy them for Coates.

Also showing up to testify will be Danny Glover. The actor has been campaigning for reparations for some time now even though it’s the audiences who paid to see Lethal Weapon 4 who deserve them.

“We have to make demands. We can’t just sit around the table and accept what’s going on,” Glover had declaimed a few years back. “The whole idea of reparations is demanding justice, it’s all about that.”

Sites estimate the celebrity’s net worth somewhere between $15 and $40 million. In addition to earning multi-million salaries for the Lethal Weapon movies, he was due 2% of the gross profits from Saw.

Glover does know all about slave reparations.

In 2007, Venezuela’s socialist regime allotted Glover $17.8 million to make a movie about a slave revolt in Haiti. In 2008, the country, which was sliding toward serious economic problems, reportedly allotted another $9 million. The movie was never made, but the actor has gone on defending a regime that offered him millions before starving its own people to death and shooting them in the street.

If anyone is owed reparations, the people of Venezuela deserve them from Danny Glover. The starving children begging in the streets, the mothers crying for milk for their babies, and the fathers picking through the trash. One of their representations should be on hand to present the celebrity with a bill.

It’s all about, as Glover put it, “demanding justice”.

Is there a case for the Chinese immigrant running a corner store, a Cuban immigrant driving a taxi or a Russian immigrant moving furniture having to pay reparations to Glover and Ta-Nehisi Coates?

Both men make more an hour than the average American, black or white, makes in a year.

Justice can be hard to come by. H.R.40 or the Commission to Study and Develop Reparation Proposals for African-Americans Act won’t offer justice. But the Commission will require the appropriation of $12 million. That’s not the cost of reparations, but the cost of a bunch of people discussing them.

“A federal commission can help us reach into this dark past and bring us into a brighter future,” Rep. Sheila Jackson Lee claimed.

Doubtful. But it can certainly spend $12 million in taxpayer money.

How better to manage slavery reparations for millions than by spending $12 million on a commission?

Needy millionaires are standing by to take your paycheck.

Meanwhile Ta-Nehisi Coates will be appearing in New York in August. Tickets can be had for $75 in the upper boxes or as low as $50 for an orchestra seat. If you’re lucky, this time he may stay for Q&A.

Buy a ticket. Call it reparations.

And if you want to catch the free show, Coates will be agitating for reparations in D.C.

Is AOC Actually a Supporter of the 2nd Amendment?

Re-Election Of A Phenomenon