Every movement has a mission statement. “Make America Great Again” is the conservative one. (It’s the “Again” part that makes it conservative.) The enemies of making America great have one too.

If the radicals had red hats, they would say, “They’re Out To Get You.” 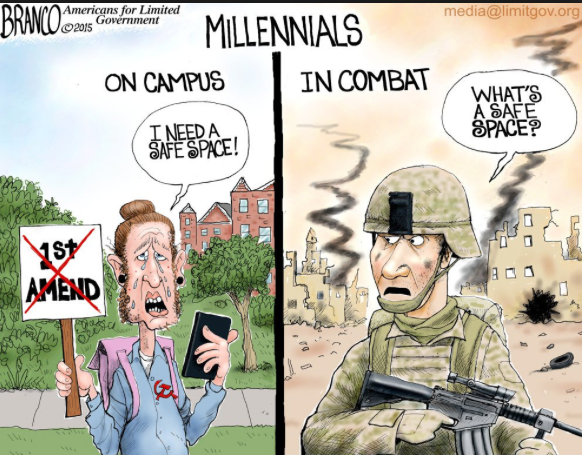 TOTGY has been the leftist motto since before Marx learned to shave and then decided to stop doing it. The arc of history may bend toward many places, but the black rainbow serviced by a snarling leprechaun with a PhD and a cocaine problem always begins and ends in the same paranoid place.

They’re destroying the planet. They’re hoarding all the wealth. They start all the wars. They’re dividing the country. They’re killing kids in schools. They’re conspiring with the Russians. They killed JFK.

The Democrats crave inspirational leaders for the same reason that alcoholics need mouthwash. It covers up the ugly stench. Lefties love packaging their hateful ravings, paranoid delusions and plans for world domination with moving soliloquies about everyone coming together to make a difference.

So far coming together and making a difference has killed approximately 200 million people.

Between Stalin, Mao, Pol Pot and Jim Jones, more people have been killed by lefties coming together and making a difference than by AIDS and the Ebola virus combined. Every day the media warns about the threat of unvaccinated children in school spreading measles. There are far more American children infected with the disease that piled up skulls in Cambodia and filled the Russian tundra with mass graves, that starved Chinese peasants to death and served poisoned Kool-Aid to American children.

Schools spread the infection like wildfire and the only vaccine against it isn’t allowed on school grounds.

What killed all those people is a mental bacillus that can be examined under a microscope. It has cilia, no spine and whispered its sour nothings in the ears of commissars and soldiers, of peasants and workers, of Brother Number Three and a thousand frenzied schoolchildren beating their teachers to death.

The thing it whispered in their ears was, “They’re out to get you.”

Normal people do not murder their neighbors for wearing glasses. They do not sink them in boats weighed down with stones. They do not inform on their parents or poison their own children.

But they can be convinced to do these things once they’ve come together to make a difference.

Why do lefties keep coming together to make a difference? Because they’re fighting an unjust society. And what makes the society unjust and in need of fighting with protests, bombs and gulags?

They’re out to get you.

All leftist credos begin with the conviction of a powerful conspiracy against the groups of people they hope to recruit, a conspiracy that is as implausible as it is unsustainable, which can only end in genocide or social transformation. Somehow the Left usually manages to fit both into its busy schedule.

First, it was class. The capitalist pigs, the factory owners, like the Engels family, were maintaining a permanent underclass while reaping all the profits. Mankind was doomed to live in a Dickensian novel of starving orphans cowering beneath puffing smokestacks unless the proletariat rose up in a revolution. Then it was going to be a racial war and now, finally the capitalists are plotting to destroy the planet.

Like any good conspiracy theory, the “they” keep changing. So does the “You”.

Finally, it’s everyone destroying the planet by driving cars without buying carbon credits from Al Gore.

Intersectionality means that everyone is a “You” and a “They”. Everyone has cause to hate and fear, and to be hated and feared. There is no such thing as being too paranoid about identity politics.

In identity politics, the only question is are you paranoid enough?

As with all murderous ideologies, the conspiracy theories begin with conscious actions and end with subconscious crimes. A list of specific charges concludes with one unforgivable offense. Existence.

The final verdict is death.

What sort of monsters go around killing millions? The same sorts of little monsters who shout down professors, assault speakers, and expect an imminent apocalypse if they don’t get their way.

To believe that, “they are out to get you”, you need to be a victim.

To be a victim isn’t to experience suffering or to survive a horrifying act of violence. It is to be convinced that the world is an unfair place and it can only be made fair when those responsible are put down.

Or, as they call it, social justice.

Racism has its limits. After applying enough DNA tests, there’s someone a racist won’t kill. But when everyone is complicit in the intersectional crimes of everyone else, and, the destruction of the planet, who is really innocent? Killings in leftist societies don’t stop when they run out of people to kill. They only end when the machine runs out of executioners to shoot, beat, torture and mutilate them.

And human nature, being what it is in both evil and goodness, they eventually do.

There comes a point when killing people no longer makes anyone feel good. And that’s when the People’s Republic of Killingstan settles down to a steady decline into corruption and decay like an old gangster passing away his remaining years in a drunken haze to make the time go by more quickly.

The old gangsters died off in Russia and China, and, more recently in Cuba and Venezuela. They’re even showing signs of passing on in North Korea. Human evil is more finite than human good. And weaker.

America’s gangsters have yet to grow old and they haven’t tasted blood in a long time.

Their message, the one that gets neighbors to smash each other’s heads and sons to turn on fathers, is broadcast on every channel and taught in every school. It’s hummed in songs and made into movies.

The conspiracy is all the more compelling for being nebulous, shapeless and formless. The villains are oil companies and the working class. At any moment, the progressive male college student can become a rapist. Bigotry is in our subconscious. Carbon is exhaled in our every breath. The enemy is everywhere.

Once upon a time, the conspiracies were simple. Now we live in a world haunted by our own demons.

The crime was never truly capitalism or bigotry. It was human nature. And human nature was also the motive. “They’re out to get you,” is the primal paranoid idea of politics. It taps into the part of our brain that ran from wolves or killed them. The wolves have become men. And sometimes we are them.

Leftist politics is another means of justifying the robbery and abuse of your neighbors. Its sense of oppression is just entitlement misspelled. Its targets are guilty because the perpetrators are greedy. 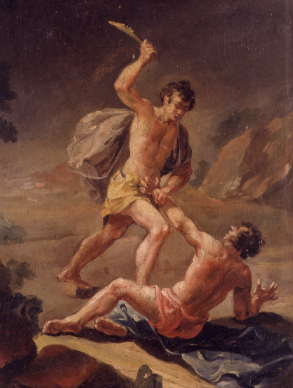 Cain was the first Communist. He killed Abel because he worked harder and believed in G-d.

When G-d tried to tell the first murderer that the evil was not in his brother, it was in him, he didn’t listen. Modern lefties refuse to listen to this central message of religion, that we fix the world by fixing ourselves, rather than fixing ourselves by remaking the world in our own broken image.

The mark of Cain is a red flag. Where you see it, socialism and spilled blood soon follow. A layer cake of academic theories and violent outrage are used as masks for the same old evils of envy and hate.

And so millions of leftists are coming together to make a difference in America by rioting, punching, deplatforming, firing, harassing, and suppressing, spying on their political opponents, murdering babies and reminding us that they’re a deadlier outbreak than any disease to hit this country in a century.