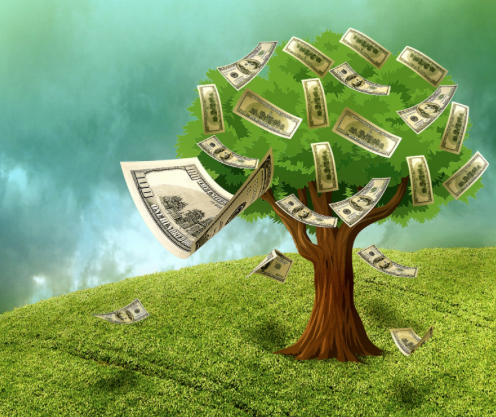 If ever anyone needed to do house cleaning it is the United States Congress.  This body of government is so farfetched from reality, their intent would be unrecognizable to our Founding Fathers.  They are an eye sore that just won’t go away.  But after their latest obnoxious and hubris waste of $35 million maybe we do have a constitutional crisis and that crisis would be Congress themselves because they are inept, inadequate, and dishonorable.  As leaders their pathetic mode of operation encourages others bad behavior.

Certain predictable clicks in the Democrat Party have been chomping at the bit for anything, anything at all to bring Trump’s presidency to an abrupt halt.  They are focused on nothing more than designing a path to impugn, impeach, convict, and remove our most fabulous President from office.

We are all used to Liberals whining, stomping their feet, crying foul and blaming others but we are not accustomed to Conservatives acting in the same.  Now, this is new.

These most despicable members of Congress are either run of the mill Liberals or pouting Conservatives who have been vomiting in their throats for over two years because they have not achieved their goal.  Their anxiety is now heightened because midterm elections did nothing to help their cause, and the Mueller report tossed their dreams and wishes of collusion and obstruction out with the trash, leaving them at their political wits end.  It is public knowledge that all is fair in love war and politics but with each failed attempt to throw a coupe, Liberals set a new precedent for ‘dirty politics.

Why is Congress acting so immature and irresponsible you ask?  Because President Donald J. Trump is the ultimate D.C. outsider and they absolutely refuse to accept him as the winner.  He had never been elected as much as dog catcher then came into town and blew apart the Old Boys Beltway Club. He does not follow hierarchy, he does not make shady back room deals, he does not need money from lobbyists or anyone else, he is not beholden, he uses social media and does not need the media but instead, exposes them as the manipulative liars they are.

Last but most certainly not least is because when businessman and real estate/developer tycoon Donald J. Trump threw his hat into the brutal American political ring he was unstoppable as he went across this country and turned the map not only red but a vibrant brilliant infectious red.

And as we inch closer to the 2020 election President Trump is more popular than ever highlighting the contrast between a real man and a politician…you know, a member of Congress.

The authors of the Constitution were deliberant and clear when they wrote the roll of Congress.  Members of the House along with the Senators for each state are to represent the constituents wishes as they make laws.  They are meant to serve the people and then go home.

Congress was designed to regulate commerce between states and carry the power of the purse to tax, spend, borrow, regulate and even print money.  Congress has sole authority over the country’s budget and financial planning. Basically, with equal power the two parts of Congress the Senate and the House have equal authority over every penny the government spends to how and where they spend it.  Congressional members are not entitled to pad their projected budgets to bring home more pork for their individual states.

They are also responsible to provide military defense against anyone that seeks to do this country harm. They can establish postal offices and make a formal declaration of war.

There are some far and few members that diligently and responsibly execute their position in this incredibly powerful and important position in U.S. government. But most act as if they are not of this world, believe they are better than us, and do whatever the hell they want.  They have a grandiose view of themselves and zero respect for the people who put them into office in the first place.

Congressional members strut the D.C. halls in their Easter best espousing what the “American people” want what the American people want. They make me sick.

Today’s Congress is a far cry from representing the American people and what they want.  The only people Congress is reflecting are the selfish mugs that look back in their mirrors on the bathroom wall.

Their job is to reflect the constituents that voted them into office.  They are not elected to pacify personal plights on the taxpayer’s dollar. What the American people want is for Congress to get the hell out of the way and let President Trump do his job.

Members love to crow into an open microphone about how the Constitution gives them the power to do their job.  Oh please, do they even know what their job is anymore?  They have taken their perceived constitutional oversight and put it on steroids.  Between Liberal broad interpretations of implied powers and ridiculous judicial rulings on the part of partisan misguided and self-serving judges, Congress mistakenly think their scope has widened. They are dead wrong.

But now, after an unconscionable waste of $35 million on an obvious Liberal witch hunt, the gig is up.  This is a number that will not be forgiven or forgotten by the American people.  President Trump has appropriately referred to draining the swamp and this exactly what Congress is.  Too many legislators are inadequate foolish Liberals, turncoat Republicans acting like Liberals, and the rest who are growing algae and sprouting mold from planting themselves where they don’t belong.

Congress spends money like Capitol Hill is landscaped with money trees. I always thought money did not grow on trees and therefore people must work to pay their own way in society. But from the behavior of this country’s lawmakers I am oh so wrong.  I guarantee they do not manage their personal household budgets the way they do our taxpayers dollars, or they would all be in the poor house.

If Congress wants to flex their oversight muscle how about they garner some hutzpah and shut down the witch hunt.  They need to stop making personal fools of themselves, their branch of government, and the people that voted for them. Enough is enough already.

While speaking about the judicial branch of government, it is high time to strip the bench of the phony vail of non-partisanship.  Who is kidding who?  No one. Judgeships are completely partial when they ‘interpret’ the law and everyone knows it so it is high time to pull back the curtain and reveal the Wizard of Oz because citizens have a right to know what they are getting when they give a judge a vote. Our Supreme Court Justices are where the buck ends.  Their decisions are to be made not only within the legal guidelines of the Constitution in mind but also in time with the historical American way of life.

In closing I have a heavily weighted suggestion for Congress. How about this summer before they go home to kiss the babies and shake hands in their home state, they box up their offices and take them with them?  Then when they get home stay there.  In fact, Senator Mitt Romney would be the perfect one to lead this long overdue exodus from Washington D.C.