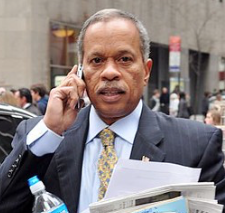 I am blessed with a broad retinue of informed friends.  One of the best, Jim Sellers, sent me a post, via social media, that referenced some vastly offensive comments made by Fox’s “ The Five” Commentator Juan Williams.

On the June 13, 2019 show, Five Commentator Juan Williams was referring to the Obama Administration as being “scandal free.”  In the context of the conversation, Mr. Williams stated the following:

“I’m just saying to you if you want to go on about things like Benghazi, IRS, these are like pimples…”

First of all, Juan, the murder of four Americans by terrorists due to the American-Islamic Jingoism of Barack Hussein Obama are not mere pimples in the context of American history.  Nor is the targeting of American citizens by the Obama Administration’s IRS an average form of acne.

Really Juan?  It is one thing to be naïve and it is another thing to be cruel, but Juan you are one of the few individuals that I have seen that has built a career on being cruelly naïve.

Your insensitivity, your cruelty and your naïveté are unacceptable to me and all of the family members of the Benghazi murder victims and the victims of the IRS targeting.  A few pimples, eh?  The Obama Administration without scandal?

Juan Williams is part of what I am writing about in a future article about the rebranding of America. In the case of the Media figures like Mr. Williams, there is a rude and ride roughshod approach to journalistic integrity and a total disregard to what counts as basic human decency.  There is a dark rebranding of America that we need to pay attention to.

I want an America back that frames honesty with pure human dignity and decency.  To paraphrase the great New Orleans musician Dr. John, gotta listen to learn, learn to listen.  When angered, respond intelligently with factual data and do not let anyone, including misguided miscreants like Juan Williams, turn you away from your principles and your standards.

Author Herman Wouk Dies at 103: Remembering "David and the Giant"