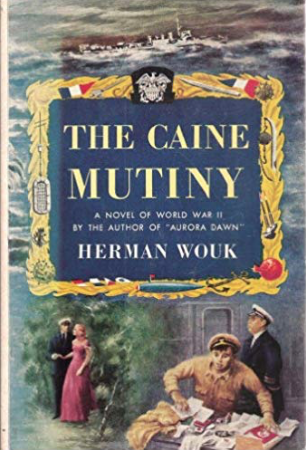 In the early 1970s, we lived in the Washington, D.C. metropolitan area. Every Saturday I would take my little boy, David, to Kesher Israel, the lovely little synagogue at 28th and N Streets in Georgetown. David was one of those magical kids. He began reading at the age of 18 months and his vocabulary at the age of two was prodigious. In addition, he was friendly and always smiling. He was a great kid. As we entered the synagogue every Shabbat (“Sabbath”), I would walk down the aisle, shaking hands and wishing everyone a “good Shabbes” (“good Sabbath”). David would follow along in my wake — this sweet little toddler, shaking hands and wishing everyone a “good Shabbes.”

One of the regular congregants at Kesher Israel was the great author, Herman Wouk, a giant of American prose. Mr. Wouk loved David. Over the months, it became the custom that at the time during the service when the Torah was read, David would climb onto Mr. Wouk’s lap. Mr. Wouk would open the Bible to the particular section that was being read that week and David, my two year-old prodigy partially wrapped in Mr. Wouk’s prayer shawl, would read to him from the English translation. It is David’s earliest memory.

Herman Wouk died on this May 17. He left behind a body of work consisting of masterpieces like “The Caine Mutiny,” “The Winds of War,” “War and Remembrance” and other works of genius that provide a window into a time in America that is now receding into the distance of history. But he left me and my son with a unique gift. The experience for my son, young as he was, to sit with him, and my experience of watching David with one of the greatest authors of English prose is a priceless memory that will remain etched in our memories for the rest of our lives.

The Story Of One Of England's Greatest Generation, In His Own Words