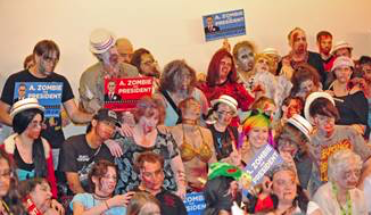 After the Reagan and Thatcher revolutions, the collapse of the Soviet Union and liberalization of the Chinese economy, many observers judged that socialism was dead. But like zombies that just keep on walking, the rhetoric and politics of socialism since 2008, though mercifully not the practice of it, have seen a revival in the USA.

All we need to do is look to Venezuela to see what the actual practice of socialism does to a once prosperous country.

How does socialism destroy a country like this, and potentially the USA… It attacks and destroys the very foundation of what has made and makes civilizations great – the family.

What is socialism– an economic and political order of centralized government ownership and control of the basic means and production of goods for the end of securing equal outcomes for individual citizens of every race, ethnicity, religious background, sex and sexual orientation, even for those who enter the country illegally. The state engineers equal outcomes (not opportunity) for everyone for the benefit of the state and its “engineers” in an effort to secure enough votes to get and remain in power. 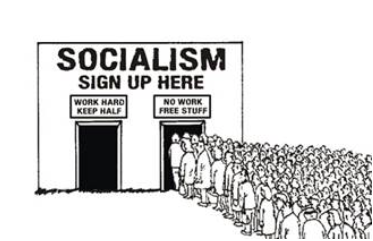 The traditional model– The family is the fundamental unit of society and larger social organizations such as the state exist primarily for the sake of assisting and safeguarding the family.

The liberal model– the individual is the fundamental social unit and the state exists to dismantle barriers and ensure equal outcomes, rather than opportunity for everyone.

In our current culture of diverse traditional and liberal ideals, we can see many signs of the liberals pushing for more socialist, anti-family policies that put our country on the wrong track. Their attack on marriage and the growing marriage gap, and their mission to open up our borders and facilitate illegal immigration, are just a few examples.

The marriage gap– The marriage gap describes observed economic and political disparities in the United States between those who are married and those who are single. As noted by Dr. W. Bradford Wilcox, American sociologist and director of the National Marriage Project at the University of Virginia, and Wendy Wang, director of research at the Institute for Family Studies, “College-educated and more affluent Americans enjoy relatively strong and stable marriages and the economic and social benefits that flow from such marriages. By contrast, not just poor but also working-class Americans face rising rates of family instability, single parenthood, and lifelong singleness.”

The end result has been that key norms, values, and virtues— from fidelity to attitudes about teen pregnancy—that sustain a strong marriage culture are now generally weaker in poor and working-class communities

Socialism and open borders – Things are getting a bit convoluted with the relationship between socialism and immigration. It used to be that socialists were against immigration as it lowered workers’ wages and were an unpredictable variable on the engineering of the society. Now they have discovered a “cause” that overrides those damaging factors – each illegal immigrant is a vote for the liberal party that facilitates their entry and illegal stay. By lowering wages and breaking up families, illegal immigration continues to be a negative force on families, but, now more importantly to the liberals, each illegal immigrant can be a positive vote to elect and keep elected, the socialist engineers.

Secure borders protect and empower the family, and the best way to get public opinion on the right side of this debate is to have a large number of minority families vocally speaking out against the negative impact illegal immigration has on their family. More on how this is done in the “Solution” section at the end of the article…

The successful implementation of socialism requires people to behave in a way that is fundamentally contrary to human nature. The fact of the matter is that normal humans naturally dedicate, at the very most, 10% of their wealth or time regularly to assisting other, non-related individuals. And the average is in fact probably significantly less than this, closer to 5%.

Historically, this appears always to have been the case, and there is no reason to believe that it is ever likely to change. This figure applies equally to socialists, because there is no evidence whatsoever that socialists in their private lives are any more altruistic or generous than non-socialists.

Because of this fact of human nature, socialism and its cousin liberalism, have never succeeded to fulfill human potential, nor will they ever.

The family on the other hand, and those civilizations that support it, have proven that parents will indeed dedicate the majority of their time to the raising of their children – all without compensation. Herein lies the power of the family and the success of those civilizations that support it – people sacrificing their time and energy to make their family successful, which in turn makes communities and countries more successful.

The “social engineers” know that the family dynamic is contrary and conflicts with and obstructs everything they believe in.

Social and spiritual factors dictate that people long to be part of something that is bigger than themselves. People are naturally social beings. When there is no family, they will look to a substitute, and socialism, along with its ills, can fill that need. 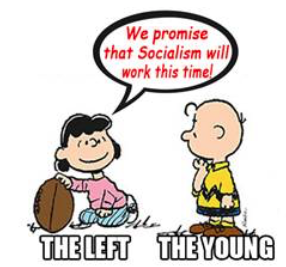 This is how they attract new and eager recruits to give socialism or liberalism another try – but this time with more gusto.

This is how socialism and its “gateway drug”, liberalism, sabotage the family and country:

Everyone’s basic needs are provided by the state rather than provided by the family. There is no incentive for the bread winner of families to create wealth to pay for food, housing, education, etc.

Parents are demoted to local administrators of the State’s largesse.

This invites the critique – are the parents making sound spending and “child management” decisions? The state can interfere with health, education and overall parenting. Parents become marginalized and a nuisance in the rearing of the children, ie mandatory sex and health education, contraception, trans-gender treatments, molding of the character of the children and their world view by regulating the curriculum, etc.

A return to traditional values or family structure is not permitted, ie it is viewed as contrary to the greater good of the state.

Socialist thinkers like Marx, Engels, and Simone de Beauvoir argued that women’s equality could not be achieved as long as some women devoted themselves to homemaking and child rearing. This choice needed to be eliminated.

The point is to make men and women virtually the same, each in the workforce pursuing their own individual desires, with their distinctive maternal and paternal qualities disappearing – becoming roommates with benefits, administering the state’s benefits to their children. They become selfish and avoid the sacrifices that make great families and great communities. The state becomes the father and mother of all, turning parents into biological nannies who implement the directive of the governmental parent.

This cannot possibly succeed – it is contrary to the natural laws of success. It never has succeeded. The problem is the damage that ensues during the process, it is never attributed to a failed principle, but rather that the socialist policy never went far enough or wasn’t implemented well, or the people in charge were not smart enough. Therefore, the revolution must continue and move further to the left with even greater fervor.

Unfortunately for all, Socialism destroys a civilization before that civilization is forced to admit to the mistake and change course.

As we watch American liberalism morph into socialism, these bad consequences will increase at the expense of the family and all those social beings who could benefit from a family, albeit an imperfect family.

Pope John Paul II went so far as to say that socialism “does violence” to the human soul. Those are pretty strong words based on his own painful and personal experience.

Socialism always starts with rainbows, unity and fairness. But it always, without exception, ends badly. So, despite all its flaws and risks, We must choose freedom and free markets instead.

Liberals are on a crash course with disaster and are willing and anxious to take the whole country down with them, until its too late to reverse course.

There needs to be a coordinated social and economic effort made to counteract the war on the family and return it to its former critical role in making a country great.

A grassroots effort in families, churches, government and other organizations across the country must be facilitated to ensure the silent majority of people in America know they are not alone, and the family is alive and well and supported by the right lawmakers.

The government must not shy away from policy that supports and encourages the family – they must pass economic policy that motivates people to get married and grow their net worth as a family, which ultimately makes the country more prosperous. 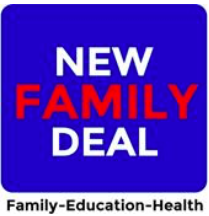 Our country is on a slippery slope to socialism. Supporting campaigns like the New Family Deal (www.newfamilydeal.com– the antidote to the Green New Deal) will ensure both the grassroots and government are synced in their support of what makes this country great, and what we need to do to get off the slippery slope of socialism.

It’s an app that inspires kids and their families to learn the life-skills of success and prosperity, while using technology to connect and strengthen families and their impact on the economy. It delivers education for pennies on the dollar that inspires kids to learn how to create wealth, get healthy & well, and develop good character & citizenship while they work with peers around the world.

This campaign also engages minority Moms and empowers them to influence millions of their friends and family around the country. They can become the most powerful force to protect the family by standing up against socialism and illegal immigration.

Strong, stable traditional families prevent socialism. Even though families are never perfect and experience their fair share of problems; supporting and encouraging those families remains the best defense against socialism. The best government policy to guard against the waves of socialism are those that strengthen and enhance the family dynamics. The free market and strong economy cannot survive without strong families. There is no alternative.

Daniel Greenfield: America is a Reality, Not an Idea