The declared candidates for the 2020 Democrat Party Presidential ticket are giving me almost painful belly laughs.  These candidates actually range from the hilarious to the patently ridiculous. But no one encompasses both sides of the scales of hilarity in a greater manner than former Vice President Joe Biden.

Singer John Fogerty once sang, “Oh the Midnight, need a searchlight.”  As Americans, we definitely need a continual searchlight to shine on the darkness that still afflicts our country.  But Uncle Joe is not the light we need.  Biden is, without a doubt,  the dimmest bulb in the political lightbulb factory.

Now I can understand the concern of the Democrat Party.  After all, their most visible current Representatives include extreme Congressional Jihadists such as IIhan Omar and that bratty voiced socialist, Alexandria Ocasio-Cortez. The face and agenda of the current Democrat Party is so abhorrent to the desires of middle America that any reasonable connection to that necessary voting base may be forever lost to the Democrats.

In fact, the old Democrat guard is so worried about the leftist face of their party that they are actively promoting Creepy Joe Biden as their de-facto, fail-safe candidate.  On the first day of campaigning Biden raised record numbers of contributions.  Makes you wonder if someone like George Soros is putting up the money to preserve the strange and disturbing fascism that seems to be gripping America.

Despite the innate goofiness that frames the basic personality of Joe Biden, you have to take the process seriously.  We could laugh our way into voting for a deeply flawed candidate as we almost did with Hillary Clinton.

We need to consider that the three administrations before Trump almost destroyed our country.  That is ultimately why Donald Trump was elected as a reaction to the lies, theft and avarice that was the Presidencies of Clinton, Bush and Obama.  The current administration is making great strides despite a media that practices maladministration and an inconsequential Congress.

However, I recently stopped laughing at Joe Biden and I found myself getting quite angry, when he stated on the April 26thepisode of the television program, The View, that he and President Obama had never experienced “No one single whisper of scandal” during their administration. 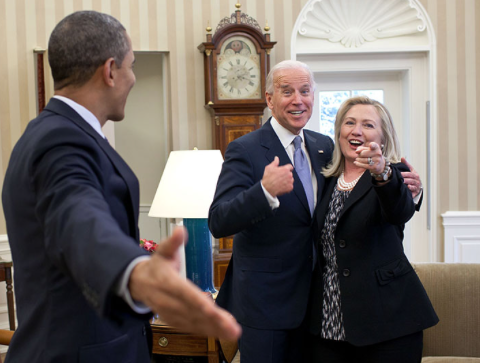 Now Joe, are you really kidding me now? Currently, what  about your son’s sweet heart deals in the Ukraine and China? Let’s consider a few of the other scandals that were covered up by the previous administration.

Benghazi, Extortion 17, Fast and Furious, Obamacare, the targeting of conservatives by the IRS and Uranium One are but a few of the criminal actions and forms of constitutional malpractice that was the syndicate of President Barack Obama.  I have a pertinent question for Vice President Biden, when did you know about the Democrat Party paid for Russian dossier? Did Joe Biden play an active roll in this ruse against President Trump and the American people?

Face it America, Barack Obama was and is a smooth criminal and Joe Biden is a deep state swamp creature. Today I heard Joe say that the motto of his campaign is Make America Moral Again.  Someone please wake up sleepy Joe and tell him to open his eyes to the truth.  Democrats support infanticide and mock Almighty God. Where I was raised we judge people on their actions, not hollow words.  MAMA didn’t raise no fools. 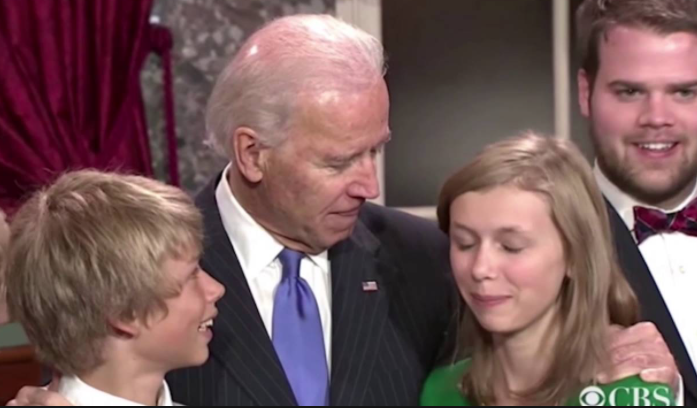 Without a doubt, I find Joe Biden to be an infinitely disgusting man.  When I see Joe Biden embrace a child or a woman there is something unseemly and strange about his behavior.  In fact, all the embraced children and women seem to get shorter when touched by Joe.  They are shrinking from his touch.  There are numerous allegations of inappropriate behavior by Biden towards women.  I will leave that to the appropriate authorities.

From his mistreatment of Justice Clarence Thomas during Thomas’ confirmation hearings, through his checkered history as a Senator to his vice stewardship of one of the most criminal administrations in recent American history, Joe Biden is a true walking contradiction.  His contradictory behavior is similar to the Presidents of the previous three administrations.

Joe is a human faux pas with a weak intellect, a loose mouth and a desire to inflict more big government on America.  We cannot sanely consider him to be a viable candidate for the presidency.  Though if Biden did get the Democrat nomination there would be endless opportunities for vast entertainment.  I would love to be a moderator on one of those debates.

Dr. Jamie Glazov: "After the Jihadist Psychopath Seduces You..."