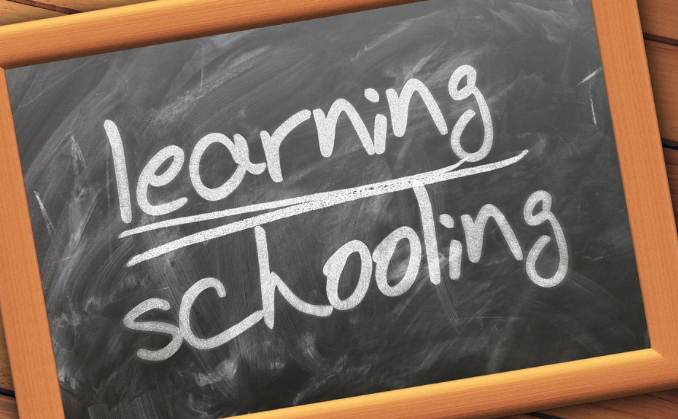 Last week I read an article in the EdWeek Newsletter (here).  As is frequently the case, it is a commentary on making the teaching of math “fun” for the students and ways to allow their curiosity to run unfettered.

I left the following comment in the space provided below the article:

“Until about the mid-1960s, American public schools were considered some of the best in the world. This was about the same time standardized, machine-scored testing became all the rage.

That was also about the same time that a slow but steady decline in the quality of education began. Since that time there has been more emphasis on making education “fun” and trying to blend learning and play into the same mix that where the emphasis truly should be which is on learning the skills and gaining the knowledge needed to function in the real world where earning a living and takes priority over recreation and “fun.” Discipline being a priority over comfort and “fun.” Feelings taking a back seat to facts.

When will educators recognize a simple fact:

Mathematics is, or should be, about mastering the rules because mathematical rules are fixed and inflexible. Without knowing the rules, one cannot know with certainty that their “innovative” method for achieving a result is accurate, and more importantly, efficient as a means to achieve that solution. Something that takes ten minutes to figure out by making it fun will not serve a person well when the solution needs to be determined in thirty seconds when time is critical, and success is measured by who gets there first.

The real competition within a world that is ever-changing calls for the most efficient means to gain a solution. In those cases (most of those encountered in the real world) rules that are part of one’s conscious memory become instantaneously available when needed to solve a problem as quickly as possible. In the case of mathematics – a field that is built solidly on inflexible rules that are constant – there may be few situations where creativity and flexibility is as important as efficiency.”

All across America today, teachers and their unions are screaming for higher pay and benefits and complaining that they are not treated as “professionals.”  Unfortunately, in today’s left-wing world of “feelings,” I think having fun and allowing curiosity to flow unfettered in the K-3 math world has taken priority over the relative drudgery of instilling discipline and effort along with following the rules into students from the very beginning.

Admittedly, parenting must take some responsibility for children reaching school-age without having had the characteristics of discipline and respect for work instilled in them before they reach the classroom, but trying to make something that is foundationally a rules-based subject such as mathematics about anything other than rules and efficiency of operations makes no sense at all.

The time for curiosity, play, and exploring used to be activities that relate far better to, perhaps, science or even history, but primarily were an “after-school” activity.  Trying to make everything about curiosity, play, and “fun” fills the class period and makes things easier for the teacher, but it can be misplaced and detrimental to the end goal of preparing students for the real world where being second to the marketplace with a product or being the producer of the second-best product to get the job done just doesn’t cut it even if it was fun getting there.

As a parent, I believe most of us just want our kids to learn as much as they are capable of that prepares them for an enriching and fulfilling life which, in most cases, requires that they follow rules, think and perform efficiently, and succeed in fulfilling the needs of their employer or their company.  When they have been prepared by their education for that, then they will very likely have plenty of time for fun and play on the weekends and during their vacations. The America work-ethic is being tossed on the junk-pile of history in favor of “feelings.”  That could eventually destroy our country and its citizens.

Whatever is happening in our classrooms today is not preparing our kids for life.  It is becoming more about feelings and fun than about preparing for the real world. Until teaching focuses on the latter, teachers will struggle to achieve success for their students and achieve recognition for themselves as professionals with compensation and respect appropriate to that classification.

Prager University: Why is God A He?