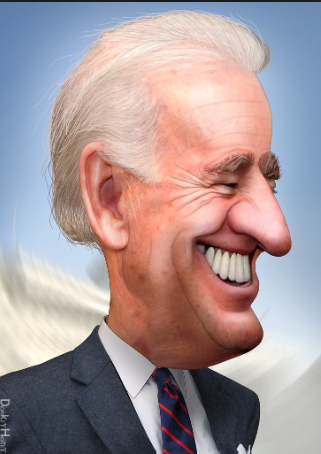 Democrat candidate – and Obama second coming – Joe Biden remarked the other day that his proudest moment in the 8 years of the Obama-Biden Administration was, “not a whisper of scandal.”

I get it.  To maximize the sense of nostalgia for a more gentle presidency, he first has to convince voters there was something in the Obama-Biden Administration worth being nostalgic for.

The problem is not even Shakespeare was author enough to rewrite such contradictory history.

The truth is that, despite Biden’s comments to the contrary, there were well over two dozen “controversies” that rose to the proportion of scandal during his 8 years with Obama.

So here’s a rundown of the Top 14 most severe controversies of the Obama/Biden administration.

Operation Fast and Furious: Attorney General Eric Holder allowed firearms dealers to sell guns illegally with the expectation law enforcement would track those guns to drug cartels and gang members.  They didn’t.  But the guns were used to maim or murder some over 150 civilians on one side of the border or the other.  In one prominent instance, a gun traced back to the operation was used to kill  U.S. Border Patrol Agent Brian Terry.  Eric Holder was found in contempt of Congress for refusing to share documents and testify in congressional committee investigations.

Benghazi: In 2012, Islamic militants attacked and killed 4 U.S. security personnel and the U.S. Ambassador to Libya. Hillary Clinton’s State Department refused to come to the aid of the Americans under attack.  Clinton, Obama, and Biden also lied about the reasons for the attack blaming an anti-Islamic video.  Later revelations indicated that Obama, Biden, and Clinton refused requests for security reinforcements in Benghazi and even lied about having received them.

Iran Deal:Speaking of Iran, the Obama-Biden Administration violated cash transfer restrictions when they paid Iran $150 billion in CASH.  Much of the cash was used to fund Iran’s military operations in Syria and Iraq and increase its support for terrorist organizations who killed Israelis.

Trading Terrorists:The Obama-Biden Administration traded 5 high-value members of the Afghan Taliban for U.S. Army Sergeant Bowe Bergdahl who abandoned his post in Afghanistan to join the Taliban.  One American Navy K-9 SEAL was severely wounded and his dog killed while searching for Bergdahl after his desertion.  Bergdahl received a dishonorable discharge, but served no prison time.

VA Waiting Lists:It was revealed in 2014 that The Veterans Administration maintained secret waiting lists for vets waiting for treatment while telling the American people there were no waiting lists. We now know that hundreds of vets died while waiting for treatment that never came.  An internal VA audit demanded by Congress found that more than 120,000 vets were left waiting or never received care and that schedulers were pressured by the VA to make waiting times appear more favorable than they were.

Office of Personnel Management:  The Director of OPM resigned on July 10, 2015 after cyber intrusions allowed the theft of data concerning 22 million people, some of whom had applied for sensitive security clearances.

Investigating Journalists:In 2011, we learned that federal investigators had spied on the New York Times’ James Risen in an attempt to learn whether he had received leaked information. The Obama-Biden White House regularly excluded conservative journalists from participating in press conferences or calls.  In 2013, Obama’s Justice Department called Fox News reporter James Rosen a “criminal co-conspirator” under the Espionage Act of 1917 because he’d quoted a State Department contractor as the source for a story.  That same year, the Associated Press revealed that Obama’s Justice Department had secretly collected two months’ worth of personal and work related phone calls made by AP reporters and editors.  In their hypocrisy, Obama and Biden regularly criticize Trump for being unfair to the press when he says things like the news media are “the enemy of the people.”  In fairness to Trump, he may talk tough, but no Administration in modern times has been tougher on press freedom that Obama-Biden.

Lies and more Lies:“If you like your plan, you can keep it” was ranked the lie of the year in 2013 by Politifact.  Multiple investigations have proven Obama and Biden told a great many lies from Obama’s “shovel ready jobs” to Biden’s “We weren’t told they wanted more security” speaking of Benghazi’s security officials.  Politifact examined and awarded a rating of  “false” to dozens of statements by Obama and Biden.

Hillary’s Private Server:Hillary Clinton violated federal law by using a private server for official classified communications which we now know was vulnerable to hacking by China and Russia.  Obama and Biden denied any knowledge of the private server despite multiple emails being found in their inboxes.

Stimulus for Infrastructure: Obama and Biden both claimed that the stimulus plan passed in 2009 was free of fraud.  The following year more than 22 contractors were found guilty of using stimulus monies fraudulently.

Solyndra:As part of Obama-Biden trying to award their supporters and punish their enemies, they gave $535 million in Energy Department loan guarantees to Solyndra, a manufacturer of solar panels.  A year and a half after receiving the funds, the company ceased all business activity and filed for bankruptcy.  The owners who were supporters of Obama and Biden departed as millionaires.  The Department of Energy received almost nothing.

I get why Joe might avail himself of his 5th Amendment rights by not talking about these and other scandals during Obama-Biden, but to claim no “whisper” of scandal shows both the magnitude of his sanctimony and the extent of his being an outright poser.

Daniel Greenfield: Declare War on Russia or Shut Up