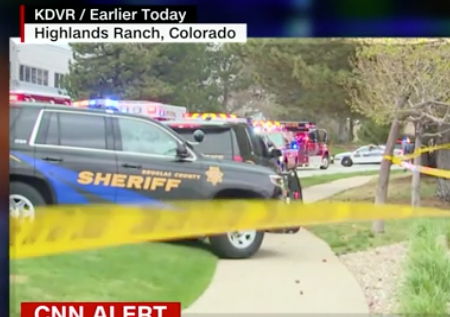 Yesterday morning I awoke to news of another mass shooting at a Colorado school just blocks from Columbine High School where, for lack of a better label, the “modern era” of mass shootings began.  Oh, there were a relative few that occurred before – most notably the University of Texas “tower” shooting many years ago – but the frequency and variety of school or mass shootings have escalated since Columbine.  Outside of schools, the number of other mass shootings have included locations such as concerts, theatres, community centers, and places of worship

A lot of people have blamed these horrific instances of violence on firearms, but firearms have been a part of American life for centuries, but the mass shootings seem to be near weekly – or at least monthly – occurrences while a half century ago, they were extremely rare.

I find it particularly interesting to point out that they were infrequent to non-existent until about the same time other American institutions were turned on their head with the social upheaval of the 1960s.

Rebellion began taking place between children and parents, youth and schools, youth and government, government and faith, discipline and anarchy.  At the same time, many efforts were afoot to make it easier to dissolve a marriage, avoid having children, and use abortion as a contraceptive.

At work, unionism surged, work stoppages plagued businesses and human resource operations were turned upside-down with new demands for special treatment for certain groups instead of equal treatment for all.  Race relations were at disturbing levels of discord with riots frequently marring the news in the 60s and beyond.  It was almost like our country was having a human earthquake.

Amid all of this, God was summarily ejected from our school systems and relegated to a far corner of the room in both public and private spaces.  Those of a liberal/progressive view had finally succeeded in shifting American life from a God-centered, mutually respectful society to a secular humanist group of special interest groups each attempting to carve out their own protected classes that deserved privileges others did not simply because they saw themselves as different.  “Human relations” has been on a downhill slide ever since.

In the process of this slide, two things that are essential for people to live in a world that increasingly crowds out the individual have been dismissed as not being in the interests of society: 1) personal responsibility, and 2) mutual respect.

Let’s face it.  Prior to the 60s, if children misbehaved at school, they usually faced discipline of various degrees from the school administration and also faced additional sanctions at the hand of their parents when they arrived home.  Parents had to sign report cards and return them to the school.  Parents were expected to control their children’s behavior. This was usually a reasonable expectation given that most homes had two parents who performed the necessary tasks through a sharing of responsibilities.

With the advent of “no-fault divorce” an increasing number of marriages dissolved and single-parent households within some communities has reached 70% or more. The result of this became the era of “latch-key kids” coming home to empty houses and nobody knowing what was going on.  This, in turn, created children without guides to keep them on the path to useful activities and whether we want to admit it or not, idle hand truly are the devil’s favorite tools.

One of the most insidious forms of influence that has invaded nearly every teenager’s life in America is electronic media that allows those idle hands to play violent games and hide hateful attacks on their peers through the anonymity of so-called “social media.”  The desensitization of our children far too early in life is a breeding ground for violent acts by immature minds that seldom comprehend the results of their actions.

All the things I have mentioned above can really be traced back to the origins of a slow but steady decline in families not anchored in religious faith.  Whether Christian or other faith, believing in something greater than self is essential to remaining anchored in a belief system that requires adherence to a set of standards.  Except for Islam, every other religious tradition holds human life as precious and valuable. They also hold to concepts of respect for each other and allowing one’s fellow man to live peaceably if they did not infringe on another’s peace.

Much of that has gone by the wayside as the years have passed and more and more people decided that freeing themselves from that “higher power” allowed them to set their own standards of good and evil.  Unfortunately, mankind as individuals have a sinful nature and allowing them to set their own standards results in decadence, self-indulgence, and arrogance. When there are no consequences, there is usually a disregard for personal responsibility.

In nearly every case of a mass shooting, religious faith is noticeably absent in the perpetrator. Seldom is it told that the shooter led a balanced and socially successful life.  Most are loners who shun friends or are unable to make friends because of a lack of a healthy home life, a radical political philosophy, or a belief that they have been wronged by others but have never been taught how to cope with anger without resorting to violence.

What I have just described could be easily filed under symptoms of mental disturbance or illness. The question that calls for answers is why we have not progressed to the point where we see these problems before they develop into violence.

In the 80s and 90s there were several scandals presenting in the news about mistreatment of the mentally ill in group home settings.  As a result, most, or nearly so, such group mental facilities were closed in favor of “community care” defined as out-patient treatment based on medicinal therapy. Pop a pill and go home.  While many people live productive lives every day while dealing with mental illness, what was ignored was that there is a small percentage that are too broken to fix with a tranquilizer or other mood-altering drug.  Within that small minority are the perpetrators of mass shootings.  If one were to study every case, the common thread is an inability to cope with life in a society where “anything goes” and someone happened to infringe on someone else’s peaceful activities.

What America needs to ask itself is simply whether it wants to continue down the path of least resistance where everyone looks out for only themselves and nobody cares about anyone else because, well, who’s going to hold me accountable?  Only a return to a society that is based in mutual respect and a willingness to adhere to a standard set by something or someone greater than themselves.  Faith in a higher than human authority – a set of standards that controls our behavior.

Despite what the humanists scream following every mass shooting, it is not the firearm that causes mass shootings.  It is not even the prevalence of firearms in our society.  It is the societal influences that warp young minds far too early but shape them into something that is simply not normal.  The mind is a complex entity that can be trained to react rationally or irrationally depending on the training.  That training must start in the home at the earliest possible moment. Without it, the mass shootings will continue, and our society will eventually fail from its inability to just respect individual freedom and responsibility.  It is certainly something that needs careful thought and consideration.