The Mueller Report has come and gone leaving behind neither collusion nor obstruction. But in the time that has passed, the Democrats have shown that they won’t give up their pet conspiracy theory. 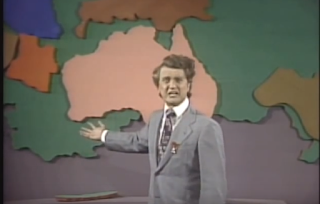 The post-Mueller efforts of House Democrats to interest the public in scandals about White House
security clearances and Trump’s tax returns failed miserably because they lacked the drama, the unfolding layers of conspiracies, and the delegitimization of the 2016 election that Russiagate offers.

After Attorney General Barr’s summary of the Mueller Report, the Democrat media held out hope that the full report would prove collusion. When it failed to do that, House Democrats have promised to hold as many hearings as it takes until even CNN stops inviting Rep. Adam Schiff to snack in its green rooms.

Every time you disprove a conspiracy theory, another layer of conspiracies is discovered underneath. When Barr summed up the Mueller Report, the theorists retreated to the ‘real’ report. When the report was released, they retreated to the redactions and to secret referrals for prosecution. If Mueller were to tell them they’re wrong, it would be proof that the Russians have a tape of him in a Moscow hotel room.

The details of the Russiagate conspiracy theory, that some combination of Russian Facebook trolling, most of which took place after the election and targeted black people, and the hacking of the emails of Hillary’s campaign chair, whose contents no one outside the media and political activists cared about, somehow swung the election, are gibberish. But the facts don’t matter in the paranoid style of politics.

Hillary Clinton, whose people invented the Russia conspiracy theory and used it to convince Obama officials to spy on Trump allies and staffers, compared it to 9/11. Other Democrats and media outlets like the Washington Post and the New York Times compared it to 9/11 and Pearl Harbor.

If they really believe that Facebook trolling is an act of war, then they should declare war on Russia.

President Trump can’t declare war. Only Congress can do that. President Trump should ask Democrats to put up or shut up with a declaration of war. If they truly believe in their conspiracy theories, if they really think that what happened was as bad as 9/11 or Pearl Harbor, that it was, in their own words, an “act of war”, they should have no problem voting unanimously for a declaration of war against Russia.

Democrats began raving about the need to mobilize for a Green New Deal, as if it were WW2, but when they were given the opportunity to vote on the Green New Deal, they all voted against it.

Russiagate is even bigger than banning cows and planes to save the planet from flying cow flatulence.

Democrats keep claiming that the Facebook trolling, which was as bad as 9/11 and Pearl Harbor, is an act of war. Yet they seem reluctant to actually do anything to Russia. Instead they want to fight Russia until the last surviving Trump family member and associate. They should have the opportunity to vote on a Russia war resolution. And then be forced to explain why they voted against their own rhetoric.

If they truly believe that what happened was an act of war, why won’t they defend America? If they don’t believe it, then they’ve spent the past few years lying in order to bring down a president.

In a crowded field of 2020 candidates, not a single one has promised to go to war with Russia.

“A hostile foreign government attacked our 2016 election to help Donald Trump,” Senator Elizabeth Warren claimed. She whined that Trump is not “responding with strength” to Putin, but then rebuked him for a proposed arms race with Russia. Instead, she wants to cut the military and work with the Europeans to sanction Russia. Even though that’s what President Trump has already been doing.

“We’re all clear that Russia attacked our country during the 2016 election and that they are continuing to attack us today,” Senator Kamala Harris declared. Her proposed response to that is to “make sure that the American public recognizes who is trying to sow hate and division among us”.

If Senator Harris really believes that Russia attacked us, her solution would be more robust than a speech. Instead, Harris and other Democrats are using Neo-McCarthyism to sow division and hate.

When President Trump responded to Russian arms accord cheating by pulling out of the fake INF Treaty, Harris wailed that Trump needed to go back and negotiate with the Russians.

“This is a Paul Revere moment,” Senator Cory Booker speechified two years ago. “The Russians are coming, what are we going to do about it?”

Apparently, nothing. Two years later, Revere is still snoozing on his horse in the barn.

“We were attacked. We know who did it,” Senator Spartacus tweeted last year. “The attacks from Russia will continue unless met with strength.”

How does he propose to do that? His Senate campaign foreign policy page doesn’t even mention Russia. The Paul Revere moment is so urgent that he couldn’t even find the time to write up a policy position.

President Trump can offer Booker, Harris, Warren and all the rest the opportunity to meet Russia with “strength”. All that House and Senate Democrats have to do is put forward a joint war resolution.

Except that the Democrats never seem to want to do anything about Russia over this act of war.

The solution that House and Senate Democrats keep proposing is holding more hearings about Trump. That and censoring social media so that no one who disagrees with the media can ever be heard again.

Is that their idea of “strength”?

Rep. Eric Swalwell commemorated September 11 with an editorial comparing Russian Facebook trolling to 9/11. “We can still show our enemies that we will stand together in the face of aggression. We can still put country ahead of party. We can still create an independent, bipartisan commission,” he vowed.

Swalwell suggested nuking gun owners, but he wants to fight Russian aggression with a commission?

Even though Swalwell is running on “Russia, Russia, Russia”, he cares so much about Russia that the one word his House Foreign Affairs and Defense page never even mentions is… “Russia”.

Democrats keep invoking wartime emergencies to justify subversion of civil liberties at home, but they’re laughably unwilling to treat their supposed “act of war”, their 9/11, as a wartime emergency.

They want to deprive us of our rights at home, and then fight Russia with hearings and commissions.

They want to censor the internet and remove the President of the United States from office because of this “act of war”, and then they might sanction Russia a little bit, before holding some more hearings.

Nyet, Comrades. You can’t call for a wartime emergency at home, when you won’t vote for one abroad.

The Democrats don’t know anything about Russia and don’t care. They couldn’t find Moscow on a map if they were offered their weight in rubles. They claim Russia attacked America, but their only response is to hold more hearings to investigate Trump. They want to fight Russia until the last Trump associate.

A Russia war vote would force them to put or shut up.

And then every time they tried claiming that Trump’s victory was a Russian act of war, they would have to explain why they had the opportunity to vote on a war declaration, but ran from it like rabbits.

The only way to make the Russiagate conspiracy theory go away is to completely destroy the credibility of the liars, hacks and frauds who have been using it as a pretext to attack the legitimacy of a free election, to remove a sitting president, and to undermine the First Amendment. No more cartoons of Trump in a Russian fur hat, no more Neo-McCarthyist efforts to connect every Republican organization from the RNC to the NRA to Russia, no more reports, investigations, hearings and witch hunts.

Either declare war on Russia or shut up.