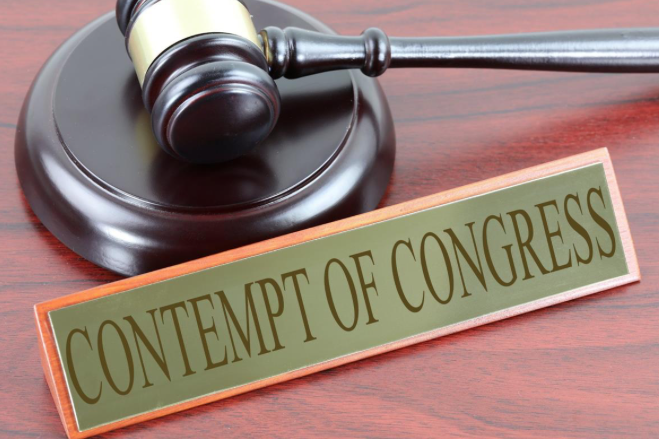 So the Judiciary Committee wants to find Attorney General Barr in Contempt of Congress and the Democrats are seeking to impeach President Trump?  Here is my response as an America citizen, snore.

Today’s Congress is a rice paper tiger.  They are flimsy with no substance and practice no application of consequences or authority in matters such as these.  A Contempt of Congress citation is meaningless when you analyze their recent history.

On June 20, 2012, Attorney General Holder was found in Contempt of Congress for refusing to turn over pertinent documents relating to the Fast and Furious gun running operation. Holder refused, he was found in contempt and….nothing happened.  A lawsuit was filed against the Justice Department and was limply settled on May 8, 2019, with still no consequences for Holder.

The government is no longer serving the people, it is consuming the American people. It has become an unwieldy monster, vastly out of control.  Additionally, we are cursed with both the current politician and the former residents. Barack Obama is like a bad dinner theater actor who won’t leave the stage and we have to eat what Michelle leaves on our plate.  As if that’s not enough to juggle, along comes sleepy Joe Biden back on stage as Washington’s sniffing and bumbling court jester. Hillary remains the witch, green with envy.

When I quoted Scripture at the beginning of this article I thought long and hard about Jesus’ words. I think rendering to the government what is due to them is appropriate when they are doing their job. But without an Executive Order, when was the last time the United States Congress passed a law to the benefit of the American people?

The current agenda of the United States Congress is to undermine and destroy the presidency of President Trump and nothing more. Those who have a moral compass are inactive and are largely silent.  They should be ashamed.

A short time ago, in an interview, I referred to current America as Rome before the fall.  I say now, not without a fight.  It is time for a brilliant light of truth to shine on the darkness of the deep state.  It is time for the bad actors to leave the stage, possibly in chains. Ultimately, it is time for all who love this country to consider marching on Washington before we render anything else to Caesar.

Dr. Carolyn A. Roth: Communion as a Political Act

Daniel Greenfield: The Brainwashing of a Nation