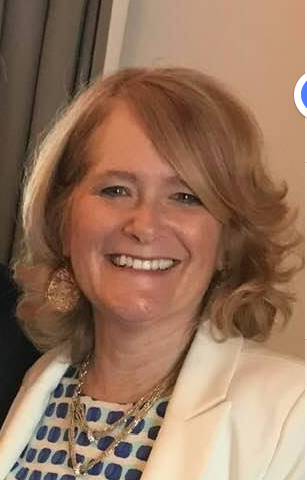 Dr. Karen Siegemund is a brilliant woman. MENSA brilliant. But let’s allow her resume to speak for her:

As the daughter of a man who grew up in Hitler’s Berlin, Dr. Siegemund has always been keenly aware of how precarious freedom is, and how tyranny typically begins not with a revolution, but with a slow erosion of rights and freedoms. For this reason, Dr. Siegemund has dedicated her life to fighting against this erosion on every level.

During the Cold War, Dr. Siegemund worked in the field of underwater acoustics, developing new sonar systems and testing them during sea trials around the world.

After the defeat of the Soviet Union, Dr. Siegemund turned her sights first to earning a Master’s Degree in International Relations, then a doctorate degree in “Education and American Culture.” Recognizing that only with an educated citizenry could we hope to maintain our freedoms, she became an educator; for over ten years, Dr. Siegemund has taught in a number of areas, from Latin and French to Science and Mathematics, at the middle school, high school and University levels. Along with these specific academic disciplines, of course, she strives to educate her students about the values that make Western Civilization generally, and America specifically, as exceptional as we are.

In other words, instead of continuing down the career path of becoming a nuclear scientist (raise your hand if YOU can say that) or winning a Nobel Prize, Karen chose to teach. For the past several years she has been teaching Advanced Math and Ancient Greece at Le Lycée Français de Los Angeles, a private “dual language international” high school in Los Angeles. As an added bonus, she teaches these subjects in French.

Teaching because she has such a passion for her students, Karen’s students were equally blessed to have such a gifted, unbiased mentor in their lives. According to Karen, she was the only conservative teacher at the school while the rest were very vocal leftists, some who encouraged their students towards political activism on the school campus.

Karen’s own political activism was focused outside of her school, and even though she was a registered Republican she spoke against injustice for both sides of the political aisle. When she founded her Los Angeles activist organization “Rage Against the Media” Karen was pointing out the one thing journalists once claimed to despise: bias in the media. She became a frequent guest on radio and television and from there, Dr. Siegemund became President of the very prestigious American Freedom Alliance, putting together extremely successful events all over Southern California.

During the 2016 elections Karen was just as open about her dislike for Donald Trump as she was for Hillary Clinton. She and I had long discussions about this, sometimes heated, but always very respectful. That’s the thing about Karen that so many of us admire: she’s not someone who jumps onboard any/every extreme. She waits, watches, listens. If she’s proven wrong about someone or some issue, she’s not afraid to speak up about it. Since the elections she’s praised President Trump many times. On the other hand, if he’s wrong she’s unafraid to speak up about that, too–as all of us should.

Bottom line, everything Karen Siegemund has fought for throughout her entire career has been based on a genuine hope for the betterment of all people in all walks of life. Period.

So that leads us to last week when Karen held one of her most successful AFA conferences entitled, “The Left’s Revolution by Other Means”. Her LA event featured some of the most iconic conservative speakers in America–Charlie Kirk, Brent Bozell, Bill Whittle, Trevor Loudon, and many more.

Karen had no idea how ironic and fateful the title of that conference would mean in her personal life when the Le Lycee school told her she was, in effect, fired. Or rather they aren’t renewing her contract “because of her political beliefs.”

The most stunning realization of this event is that the following is the published “Philosophy” of the Le Lycée school:

Over 50 years ago, Le Lycée’s founders, Esther and Raymond Kabbaz, saw that to truly equip a child for the modern world, a school needed to provide each child with the ability to learn, to think, and to make decisions based on a sound foundation of logic, knowledge, and character. In this ever-shrinking world, they saw the advantage of teaching children within a microcosm of the worldwide community. They understood the value of a International Education adapted for a modern world. They viewed the children as not just students to process through an educational system, but as whole people in need of a life of purpose and meaning. The school continues their vision to this day.

Students will leave the school fluent in at least two languages. However, if the language emphasis was not there at all, Le Lycée would still be a preferred place for students to gain the tools they need for college and the world beyond college. The school’s students often return and report that classes at any university are a “piece of cake” because they “learned how to learn at Le Lycée”. The challenging discussions of college are on par with the challenging discussions in Le Lycée’s high schoolclassrooms. Le Lycée is not simply a language immersion school, but a rigorous college prep school with a deep respect for learning the languages and cultures of others.

Students who are able to analyze problems from numerous perspectives

Students who are able to approach problems through dialectic, Socratic dialogue

So by “numerous perspectives” actually means ONE PERSPECTIVE–that from the extreme left side of the American political realm. Unfortunately the students at Le Lycée Français de Los Angeles have now lost the only rational voice that could have taught them about true “diversity”…

And that my friends is the end our First Amendment. That is the way Leftists, Totalitarians, Communists, whatever you want to call them-ists, have been able to end countries since the beginning of time. And that’s how they will end America as we know it, too.

When anyone is allowed to silence all opposing views and voices, leaving only what “they” want people to hear, we, my friends, are sunk. And I am saying this to all of my friends–Democrats and Republicans and everyone in between.

The truth of the matter is that if Karen had actually talked to her students about politics, they would have received much more unbiased views on the subject than from any other teacher at that school.

But of course the powers that be didn’t want that to happen. They were probably terrified of a brilliant MENSA woman like Dr. Karen Siegemund telling the truth to young Americans at their private school.

Dr. Karen Siegemund should never have been fired (or “not renewed”) from her job simply because her employers didn’t believe the same way she believed. Karen probably didn’t like their politics either but that didn’t stop her from wanting to teach the children at that school. But that’s the difference between Totalitarians and true Americans. Americans believe in Freedom for all people. The ones stealing our Freedom of Speech only believe in freedom for a select few.

Someone has to say STOP. Someone at Karen’s school, Le Lycée Français de Los Angeles, has to say STOP. And if something like this has happened to YOU, you need to speak up–contact the press. Let this be known and make it STOP!

Speak up. Speak out. If not, you’d better believe our days of freely speaking up are going to be over forever because in this case, silence is deadly…

(UPDATE from author: I have edited this article to not only include the name of the school that fired Dr. Siegemund, but also their published “philosophy”.)

Facing the Facts About Mass Shootings

Dr. Jamie Glazov: Embracing the Indictment of Your Accuser