The end of the big lie about the origins of the Syrian Civil War began on the Arizona border.

Claas Relotius, a German reporter for Der Spiegel, had written a piece about being embedded with a
militia patrolling the Arizona border for illegal migrants. Gullible German leftist readers were regaled with tales of the militia, whose leader called Mexicans “bean eaters” and, at the end of the article, opened fire into the night. It was one of a series of Relotius articles delving into Trump country with novelistic accounts of pro-Trump Americans that confirmed all the stereotypes of Der Spiegel’s readers. 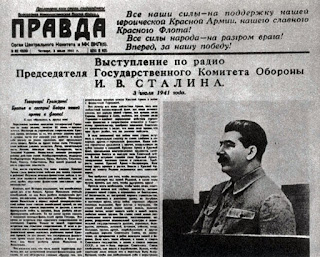 But the residents depicted in the Minnesota town in which ‘Where They Pray for Trump on Sundays’ is set quickly pointed out that much of the article was factually wrong and that Relotius had never even bothered talking to the people he claimed to have been writing about. And a woman doing media relations for the militia contacted Der Spiegel and informed the magazine that he had never been there.

That was the beginning of the end.

But Relotius had not confined his creative journalism to depictions of Trump’s America. He was better known for his writing about the Middle East. As the scandal that was about to demolish his reputation was breaking, Relotius was receiving a Journalist of the Year award for a very different kind of story. (That award and a number of others, including two from CNN, would soon be returned or withdrawn.)

But the exposure of the particular story that Relotius was receiving an award for on that day has been slow in coming because its roots go deep into a fake news matrix that predates the fraud of one German reporter. It’s the story of an eight-year fake news scam used to mythologize the Syrian Civil War.

Relotius was honored with the ‘Journalist of the Year’ award for the story of one of the ‘boys’ who had started the Syrian Civil War by spraying graffiti on a wall. The story has since been withdrawn, but the case of Relotius impelled one German media site to take a closer look at its larger contradictions.

The Arab Spring regime change operations coordinated by the Muslim Brotherhood, Qatar, the Obama administration, and some of its European allies began with propagandistic origin stories to justify the violence and the overthrow of the targeted governments. In Tunisia, it was a street vendor who had been slapped by a policewoman. The story of the slap turned out to be fake and his family blames his bizarre reaction, setting himself on fire, on a sexist reaction to being humiliated by a woman.

The Syrian Civil War’s origin story was of a group of boys who were detained and tortured after one of them spray-painted anti-government graffiti. In Child’s Play, Relotius became one of the final journalists to go back for a drink of dirty water from a tainted well that had trickled into international media outlets from CNN to Qatar’s Al Jazeera, from Vice to Time Magazine, from the Globe and Mail to NPR.

There’s usually a boy at the center of the story. The one boy who scrawled “It’s Your Turn, Doctor” and started the cycle of violence that led to the fighting in Daraa and then across Syria.

But his name and identity keep changing all the time.

On March 2017, almost exactly six years after the original story broke out, the Daily Mail ran a story headlined, The Boy Whose Graffiti Changed the World. The boy in question is named NaiefAbazid, who claims to have been 14-years-old when he scrawled the graffiti that started the war.

Four years earlier, in 2013, the UK’s Daily Mail ran another story, Revealed: The Boy Prankster Who Triggered Syria’s Bloody Genocide with Slogans Sprayed in His Schoolyard.

His name is Bashir Abazed and he was 15-years-old.

Both stories from the same media outlet claim that the two different boys were both the ones who started the Syrian civil war by scrawling the same phrase, “It’s Your Turn, Doctor” on the wall.

In 2017, the Globe and Mail featured its boy in a headline titled, How I Found the Teenager Who Inadvertently Sparked the Syrian War. His name is also Naief Abazid.

In 2016, Canada’s Reuters reported that the boy who wrote the slogan that started it all was actually a 16-year-old named Mohammed.

Germany’s Süddeutsche Zeitung ran its own 2016 article, The Boy and his Graffiti that Started the War in Syria. In the Zeitung’s version, his name is Abdulrahman al-Krad and he was only 10-years old. Even though al-Krad is also in Jordan, his name doesn’t appear to be mentioned by non-German media.

Germany’s Die Welt, in its 2013 article, The Civil War in Syria Began With This Boy, claimed that the boy was actually 15-year-old Bashir Abazed.

In 2012, NPR published an interview with an anonymous man in Jordan who, “at 19 years old, he has the face of a 40-year-old.” That would have made him an adult at the time of the graffiti incident.

In 2013, the New York Times published an interview with a“faceless” 17-year-old in Jordan, wearing a Syrian flag over his face, who claimed it had been his cousin. The man in the photo does not look like a teenager. The reason for the anonymity is given as a need to protect relatives back in Syria, but if he had actually been detained and tortured by the regime, wouldn’t the authorities already know who he was?

The New York Times article furthermore claimed that the boy who wrote the graffiti was dead. How then could Al Jazeera, and so many other media outlets spend years claiming to have talked to him?

Even the most hardened media apologist would have to admit that there is a fundamental contradiction.

There are at least 6 boys who started the war. Some of them are actually men. They all have different names. Some have different ages. Even the accounts of the ages of their friends who were also there, ranging from 9-year-olds to adults, vary wildly between different stories from major media outlets.

As in Mark Twain’s The Man Who Corrupted Hadleyburg, they declare that they were the ones who wrote, “It’s your turn, Doctor” — the Syrian equivalent of Twain’s: “You are far from being a bad man.”

Reporting on a war in another country is tricky, but none of the stories attempt to reconcile or recognize their basic contradictions. The media insists on the right to fact check conservatives and erase them from social media, but fails at the most elementary fact checking when it comes to its own stories.

In their sensationalist stories about how the Syrian Civil War began, media outlets failed to even acknowledge that other outlets had published claims that fundamentally contradicted their own.

If they really believed their own reporting, they would have defended it.

Instead, Mohamed, Naief, Bashir, Mouawiya, and Abdulrahmanall got their 15 minutes of fame. And the journalists who claimed to have interviewed them in cafes, safe houses, or ruined cities, posing smilingly for photos or hiding their faces, were celebrated and even honored for their contradictory stories.

Why did Claas Relotius believe he could get away with it? The same reason that most criminals commit crimes. They’re socialized by their surroundings to believe that crime is normal and laws don’t matter.

Claas Relotius was only the latest media journalist to wade into the story of the boy who started the war. And, looking over the previous accounts, the contradictory media stories all listing different boys as the one who started the war, he would have seen no reason not to add his own boy to the mix.

Relotius was lying. But it was a lie so commonplace in his industry that it was normative behavior.

The story of the boy who started the war demonstrates that the term ‘Fake News’ is not an insult, but an accurate description of the media’s preference for narratives over truth. Relotius’ only mistake was making up stories about pro-Trump Americans whom he assumed wouldn’t be able to read German.

The 6 boys’ story is undeniable proof that the media cannot be trusted to police its own facts, let alone those of its political opponents. That it is not an industry of facts, but an assembly line of propaganda. And that its reporting on major issues, including wars in other countries, is quite often fake news.

If you don’t believe that, ask the media how the Syrian Civil War started. Then ask if his name was Mohamed, Naief, Bashir, Mouawiya, or Abdulrahman.

Daniel Greenfield: Latin America is Collapsing and Taking America With It

Any End The Left Desires Justifies Any Means That’s Required