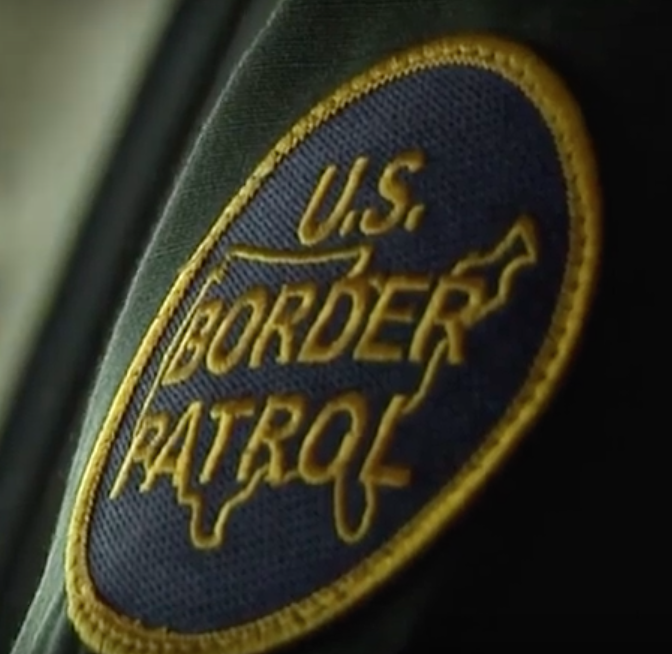 In February, 66,000 migrants were arrested attempting to cross our southern border. By some estimates, it was 100,000 in March. Today, more than 250,000 migrants are either positioned along the border waiting to come in, or making their way up through Mexico. So what’s an under-staffed and nearly overrun Border Patrol to do?

The only solution the courts and Congress have left open is releasing many of those held into the U.S. And that’s what ICE has done. So far this year, some 110,000 illegal immigrants have been released into the United States.

So how can so many Democrats and media “pundits” continue to insist there is no crisis on our southern border? It’s absurd.

Perhaps even more relevant, how can Democrats do nothing to address immigration other than accuse the President at every turn for hating Hispanics?

Hard to believe, but it’s about politics. Texas and Arizona are two of the states most under assault by the migrant invasion. Democrats calculate that If those two red states can be made blue, Democrats will never again have to worry about winning the White House.

You might think I’m suggesting a wild conspiracy theory. It’s true that believing such tactics requires a level of partisan corruption few Americans could ever imagine. Beyond that, you’d be right to assume it wold take years for today’s migrants to become tomorrow’s voters.

But consider these two factors. First, Democrats have proven for 2 years now they’re perfectly happy to use migrants and “dreamers” as pawns to prove Trump racism among Hispanics who can vote. In fact, Democrats could have cut a deal at nearly any time to fix the dreamer problem once and for all. Trump and Republicans were desperate for a deal on “dreamers”, even one that would have provided a path to citizenship.

What’s more, Democrats could have easily levered overall immigration reform in exchange for even partial funding of a barrier wall and moderately increased border security.

Instead, Schumer and Pelosi refused to even negotiate.

Second, Democrats have made it clear their Hispanic strategy almost guarantees they will win the 2020 election and recapture the White House. If they’re right, amnesty for the 13 to 17 million illegal immigrants already here is virtually inevitable.

If that happens, so their thinking goes, it’s game over for Republicans.

Still, they tell blacks that whites owe them – even if those whites came to this country after slavery ended … even if their white ancestors who lived here opposed slavery …In fact, even if those whites fought and died in a brutal war to end slavery. And even if it could be proved some distant relation owned slaves, how is it fair to judge someone today for the evil of his ancestor?

But fairness isn’t the issue. It never was.

Their only care is devising new and efficient messages that motivate and mobilize – no matter how much they hurt the country and damage the future.

Does it get any more cynical? Well, YES, it does.

At least one Democrat for President has now suggested we should give illegal immigrants Social Security benefits.

Democrat pandering clearly shows they care only about gaining control, keeping control, and – with their far left screech at full volume – extending control into every aspect of your life.

All of this depends of course on the Democrat plan working. And there are good reasons to believe it may not. A recent Marist Poll shows Trump’s favorable numbers inching up among Hispanics. Other polls show black support for the President improving as the economy improves. If Democrats can’t count on 60% of the Hispanic vote and 90% or more of the black vote, they’re in big trouble. And, of course, don’t forget the nearly 63 million people who voted for Trump in 2016.

It will take a lot of work convincing people that Democrats don’t actually care about the people they claim they’re fighting for. And that under Trump policies, employment and most quality of life measures have reached historic highs for all Americans – including blacks and Hispanics. That job will be made harder by a well organized left crying racism at every turn and a mainstream media that credits their charges.

But there are positive signs that people are waking up to Democrat over-reach and self-dealing. Given all Trump’s done in the first 2 years of his presidency, can you imagine what he could do with another almost 6 years? If nothing else, his re-election might make enough Democrat heads explode that the saner Democrats still standing could work with Republicans to find positive solutions, not just political gain.

Daniel Greenfield: The Low Standards of Hate in the Sixth-Worst Airport in America