A short time ago, the House Democrats voted to defend localities that allow illegal immigrants to vote in their elections. Sanctuary cities have long been a problem that undermines security and leads to such tragedies as the oft-deported illegal aliens such as  Jose Garcia-Zarate’s murder of a young woman in San Francisco back in 2017, Kate Steinle and just recently Carlos Eduardo Arevalo Carranza, 24, whom has been arrested in connection with the murder of 59-year-old Bambi Larson. Police are saying he stalked her before stabbing her multiple times to death.

Where are the feminists?

Selective outrage, of course, is what we’ve come to expect. Perhaps if Neo-Nazis one day come to the USA without observing due process and start making racist attacks against Americans, we will see the Democrats change their attitude and speak out at last?

I wouldn’t bet on it though!

In any case, the long-running problem of sanctuary cities that provides a handy get of jail free card for even the worst and most dangerous of those who skulk across the border… and then lie in wait. Well, this problem is now amply compounded by the suicidal move by the House Democrats to defend the voting ‘rights’ of those who have shown nothing but contempt for our laws and values. Legal migrants are an asset, and they bring us pride, freedom, prosperity and love of their new Country; but illegal migrants are nothing but a drain. And it is a great disservice to all patriotic immigrants who have followed due procedures and served our country in many ways, to see people defending those who were impatient and greedy, and who have no such virtues and capacities of thrift, diligence and courage as legal migrants.

This is a very strange vision of a ‘Civil Rights Movement.’ Rights include responsibilities; not least having your papers in order! Something the Democrats have conveniently forgotten. It makes you wonder just how they have the face to hypocritically present themselves as the party of ‘the little guy.’ The party of plastic populism are angling for a huge coup this year for the 2020 election cycle: the “For the People Act,” (H.R.1) which includes historic expansions of voter registration and access, as well as a major rewrite of campaign finance laws. The real  story of the For the People Act highlights how our Congress continues to fail the American people.

This is an unbelievable event in our nation’s history, as we gaze in horror at the influx of millions of un-vetted, un-examined illegals flood our border. Illegal immigrants — and non-citizens as a whole — are not legally able to participate in federal elections, nor is there any case to permit them to do so. If you caught a thief in your kitchen today, and he demanded you to make him a sandwich, would you do it? 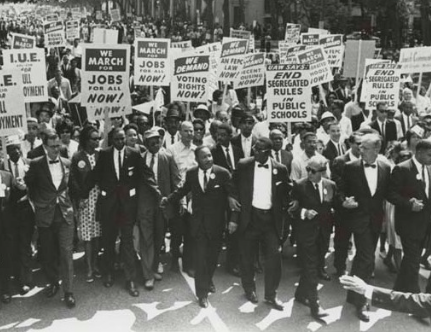 Well, illegal immigration is also a form of theft; except that nowadays, the theft is not only material, but spiritual in character. Illegal aliens are thieves of virtue, and yet they have chosen to falsely present themselves as oppressed MLK figures or Suffragettes, which is certainly an odd distortion of history that does not really deserve any long winded and erudite refutation here.

Meanwhile, the Republicans are now beginning to realize that if they want to recapture their base they will need to motivate the politicians to send a clear message to localities such as San Francisco and San Jose, where non-citizens are now allowed to vote in school board elections, that the increasing normalization of illegal immigration is morally unconscionable, period. That it ought to be legally unacceptable and that proper enforcement should be supported by lawmakers, rather than systematically undermined. Those who have not succeeded in ‘reforming’ the laws are now making a cowardly resort to subtle machinations and intrigues; i.e., passing laws that undermine the existing system of regulation enforcement.

Of course, this does appear to be something of a short to medium term strategy. It seems certain the Democrats will try to move beyond this and try more hard-hitting measures in due course that undermine the very immigration system itself. We are hearing and seeing so much  about ‘democratic socialism’ these days (interesting pair of words), but the Democrats are behaving more like Trotskyists seeking a ‘permanent revolution’ that is never satisfied and never appeased, but continually death-spirals into ever more grotesquely unappealing feats of grandiose virtue-signalling and self-destructive vandalism of the very foundations of our values and our country.

And speaking of national decline or indeed local decline as well: let me point out California has one of the worst record for educating more immigrant and poor students, according to results released in 2018 by the National Center for Education Statistics. Congratulations, California we defeated Alaska in last place. California once earned a B-plus, above the national average — B. In improvement over time, California posted a C, elevating it to ninth in the nation, which had an average of D-plus overall – 10th from the bottom.

Why has this happened? Democrat POLITICIANS!

The Democrats truly are failing America in education of our US children and the teachers trying to teach. This is no longer about Republicans versus Democrats, if it ever was. This is about the basic, fundamental values of our nation that have served us well for centuries!

Media Spin: Rise in Chastity is a Sex Drought