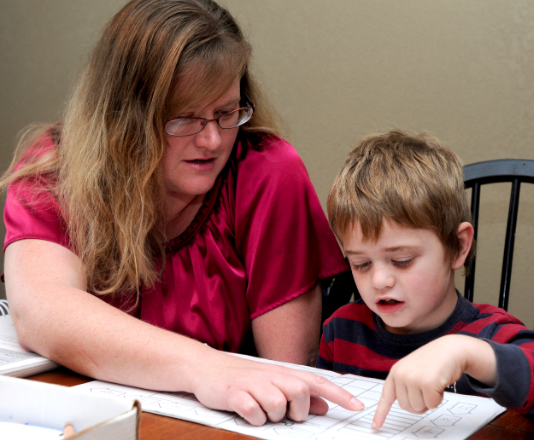 Too often education’s “players” take the approach of “what’s in it for me.” Others are all about empire building or gaining more control. Still others see the schools as laboratories of social experimentation.  Others simple don’t have time or take the time to really care.

Teachers:  By far the easiest of scapegoats.  Deserved? Not as much as some would believe, but they must share responsibility.  Often they are expected to serve in loco parentis for their students – a role that is neither appropriate nor legal – when parents abdicate their responsibilities to control and train their children. Values and discipline should not have to be taught in school. They should be well-established before the first day of kindergarten or at least well on their way.

It is the place of a teacher to focus on the subjects for which they are responsible, provide material that presents an unbiased and objective view of the material, and train their students to think for themselves and develop the critical thinking skills that facilitate sound decision-making regardless of the subject. As with any other profession…100% effort should be given 100% of the time.  Some will, because they love their job.  Others won’t, because it’s just a job.  You knew how much the job paid when you accepted it.  Prove you are worth more through results achieved.

A 2014 Gallup poll provides some food for thought.  54-55% of students consider themselves “hopeful” or “engaged” in school.  However, another Gallup poll showed that 56% of teachers were NOT engaged at work. With half the teachers not giving 100%, what can we expect?

Unions: Lots of talk about what is “best for the children” but when it comes to supporting that concept in their contract demands, there is far less caring demonstrated.  Are they more interested in collecting dues and influencing elections?   Both sides must give in order to achieve positive change. What’s happening now doesn’t get it. Did Scott Walker have the right idea?

Parents:  Do you know how your child is doing from day-to-day? Do you read your child’s textbooks and other material they bring home from school? Does the material that your child brings home accurately reflect your understanding of truth presenting a balanced position, or do they advocate for one point of view?  Do you actually read the books your children are using in school? If they don’t bring such things home do you ask why they don’t, or are you too busy with other things? Can you look yourself in the mirror and say you know how your child performs in school and why?

Principals/Administrators: At the school level, instead of being task-masters, perhaps focus more on being problem solvers FOR the teachers. Lift that burden from their backs by being the one who removes the obstacles to constructive teaching time on academics.

At the district leadership level, do you take the trouble to create your own curriculum or buy some packaged one from a publisher with an agenda to push at the kids? Do you follow the direction of your board’s policies to achieve improvement? Do you look for truly innovative approaches?  Do you truly understand the authority of the local districts under state law?  There are few restrictions. Do you resist federal intrusions and mandates, or roll over and excuse it with “they are impossible to fight,” or “we need the money.”

Everyone has a role to play and when all enter the battle with a single objective in common – excellent education for our children – we all win.

However, when ideology enters the classroom and only one viewpoint is presented to young vulnerable students, the result is indoctrination, not education. The following example is illustrative:

Some people live and work in one place.  Others move from one country to another.  As they move, they look for work.  These people are called guest workers.  In one place, they may pick lettuce, grapes or nuts.  After the crop is picked, they have no more work.  Then they must move to another place.  They pick a different crop there.  They live and work like this all year long. Many guest workers are not citizens of the United States.  They are new to this country.

For many years guest workers in the United States suffered. They had to work long hours.  They got low wages.  It was hard for them to buy things for their families. They could not change this because they did not have a strong union. Unions are groups of workers.  They join together to try to make things better for workers.  Unions can help their members preserve some of the things they have such as higher wages. Some guest workers did belong to a union.  It was not strong enough to help them.   Without a strong union they had no one to speak up for them.

During the 1960s guest workers picking grapes in California went on strike.  A strike means that people stop working until a problem is solved.  This became one of the best-known strikes in history.

The leaders of the strike asked people not to buy grapes unless they were picked by workers who were in the union.  The public listened.  Millions of people stopped buying grapes. After a long battle, the guest workers’ union won.  Guest workers finally had a union.  It was strong enough to help make their lives better.  The union helped restore pride for many guest workers.

[Editor Note:  For those who deny or do not believe that leftist indoctrination is taking place right here in WV’s (and nearly every other state’s public schools), the above information was handed out to 3rd grade students at Lubeck Elementary School in Wood County in 2014.  The words in bold red were added as it relates to the following notes I have provided:

Note that “guest workers” is/was not the term used to describe migratory labor utilized to harvest crops back in the 60s. Most were in the country illegally. Migrant Workers. Perhaps?

Note that strikes are not about solving problems, but rather achieving demands being made by workers against management/owners that typically results in increased prices for the things being harvested.

Note that millions of people stopped buying grapes because they were not being picked and rotted in the field which cost the farmers millions of dollars.  The stores did not have grapes to sell.  Therefore, grapes were not available for purchase.  It was not about people listening, it was about farmers’ crops being held for ransom.

But the hand-out served a useful leftist purpose because it plants the seeds in the impressionable minds of third-graders that owners are bad, and workers are always mistreated and need a union to get what they think they deserve.  This reads like a recruitment poster produced by a union.  It certainly does not offer an objective presentation of the facts to children (and why are they being presented with this information at such a young age?)  Most children would not understand the full impact of what this document provides, anyway.  Think about it!