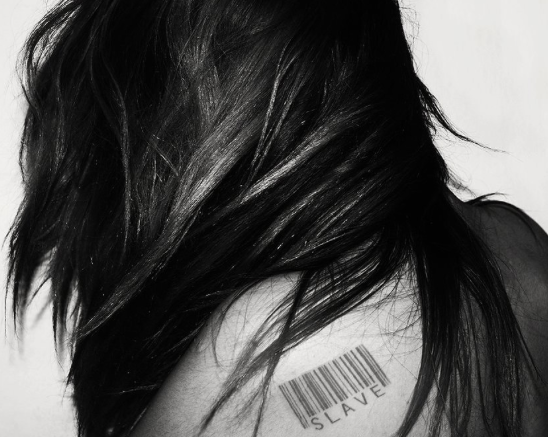 Human trafficking rakes in an estimated $32 billion annually. It is tied with arms dealing as the second largest criminal industry in the world. Sex trafficking is the chief component of human trafficking in the United States (U.S.). An estimated 200,000 women annually are forced into the sex trade in the U.S. The three top states with the most sex trafficking are California, New York, and Texas. Not coincidently, these states contain large population centers and a high population of immigrants.

About 10,000 children a year suffer the horrors of commercial sexual exploitation in the U.S. The average age of child sex victims is 15; however, this figure encompasses only children 12-17 years-of-age.  Over coffee my friend told me that she heard a story of a three-month-old who was raped. The norm is for a child to be purchased an average of 5.4 times a day. Good estimates are that adults purchase children for sex at least 2.5 million time a year.

Sellers of sex victims are a mixed lot. A college professor asked a student what he planned to do when the student graduated.  Given the student’s business major, the professor anticipated the student planned to work for a multi-national company. The students response, “I am going to be a pimp.” The student identified that there was a lot of money in selling men, women, and children for sex. Groups, including gangs and drug cartels, sell victims for sex. Not infrequently, women recruit and/or sell other women and children to escape their own sexual enslavement.

Law enforcement officials focus on sellers of sex, attempting to stop seller activities. Almost never are buyers of sex held accountable. Most buyers just fade back into their families, jobs, and neighborhoods. A survivor of sex trafficking (15 years-of-age) noted that more than 150 men purchased her in a month. Most were 40-something suburbanites who came to her to get “stuff” they were missing at home.

Researchers who focused on child sexual abuse found that the majority of men who pay to exploit children are opportunists. They don’t set out to buy sex with a child; but, neither do they walk away when faced with the temptation. In Seattle, a room filled with sex buyers was asked, “Do you ever think about the life stories of the girls and women you purchased?” A former once-a-week buyer volunteered, “I don’t want to know how the sausage is made.” To buyers of sex, the woman or child is a commodity to be consumed, not a child or life.

Prosecutors face problems when they attempt to bring charges against buyers. Frequently, victims, particularly children, are traumatized or frightened. These children don’t make strong witnesses. Prosecutors weigh whether or not putting a child on the witness stand, where defense attorneys can cross examinations them, will further wound the victim. Both children and women sex victims don’t make good witnesses because they are often dependent on drugs and alcohol. Sex victims report that all buyer’s faces run together or they try not to look at the faces of abusers. These sex victims have a hard time identifying a single individual.

Denial is a major reason why people don’t act to stop sex trafficking. When most Americans think of prostitution, they see a breezy Julia Roberts in “Pretty Woman.” That movie wasn’t the reality of sex trafficking. The movie was a disservice to true sex victims. Many times women and children who are used for sex are cruelly-treated slaves. Middle class Americans can’t or won’t admit that the sex trade is often modern-day slavery. We deny what occurs in cities and towns where we live.

A second reason that Americans don’t investigate and oppose sex trafficking is that they believe that prostitutes are drug addicts who sell themselves to support their drug habit. Civil liberty organizations advocate that individuals should have the freedom to sell their body for whatever reason. Reality is that many prostitutes are deliberately addicted to drugs as a method to control them. At times, sex victims consume drugs to dull the pain of their lives.